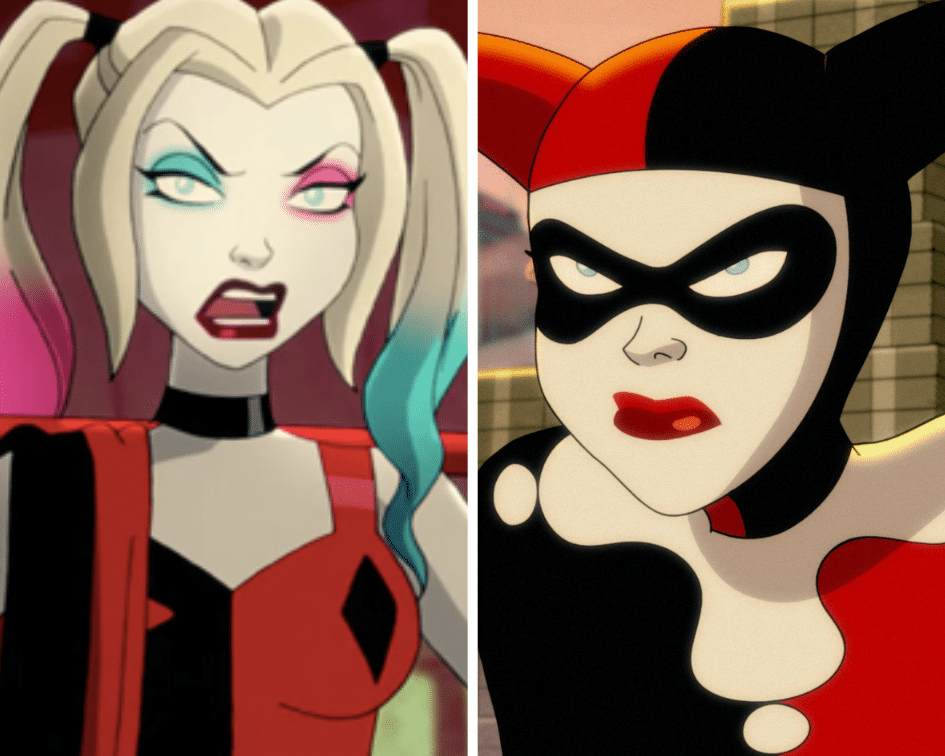 She took it before she even finished the final season of the Emmy-winning Big Bang.

“I was still shooting Big Bang when Peter called so I was actually doing [Harley Quinn] while shooting [the TV show]. So this was just a great addition,” said the actor at a July 23 panel and follow-up media scrum including herself, Harley Quinn’s executive producer Justin Halperin, producer Jennifer Coyle, and fellow actors J.B. Smoove and Diedrich Bader at the Television Critics Association’s annual summer press tour in Beverly Hills. “It felt like the right move, and it’s just been a blast.” 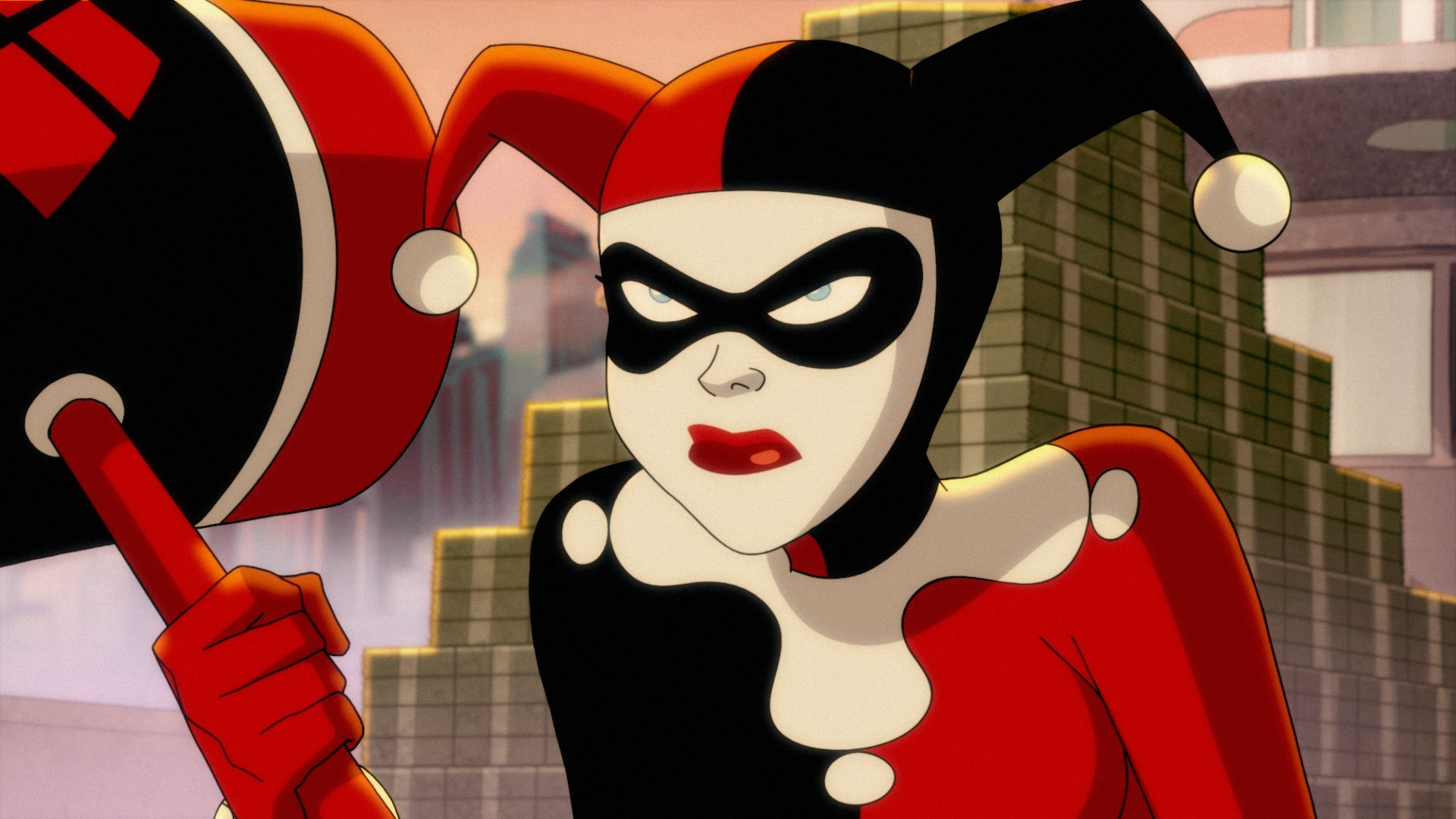 The actor is also a producer on Harley Quinn, which has an all-star cast including Wanda Sykes as Queen of Fables, J.B. Smoove as Frank the Plant, Lake Bell (BoJack Horseman) as Poison Ivy, Sanaa Lathan as Cat Woman, Alan Tudyk (The Tick, Doom Patrol) as the Joker and Clayface, and Diedrich Bader as Batman.

While Harley Quinn is the first adult animated TV series that centers on this particular DC Universe character, it’s not the first time she has played a big role in the DC universe.

“You know, Harley Quinn is such an iconic character,” Cuoco said at the event. “The way this team brought this specific show together, it was so bright and different and obviously extremely edgy and nothing I’d ever really done before. It’s just a whole new take on it, and the cast is fantastic. I knew it would be a blast, and it has absolutely held up to that.”

Harley Quinn has appeared in comics since the early 1990s, especially Batman since she has an ongoing love/hate relationship with the Joker. Harley (Margot Robbie) appeared opposite Dead Shot (Will Smith) in the live-action movie, Suicide Squad. 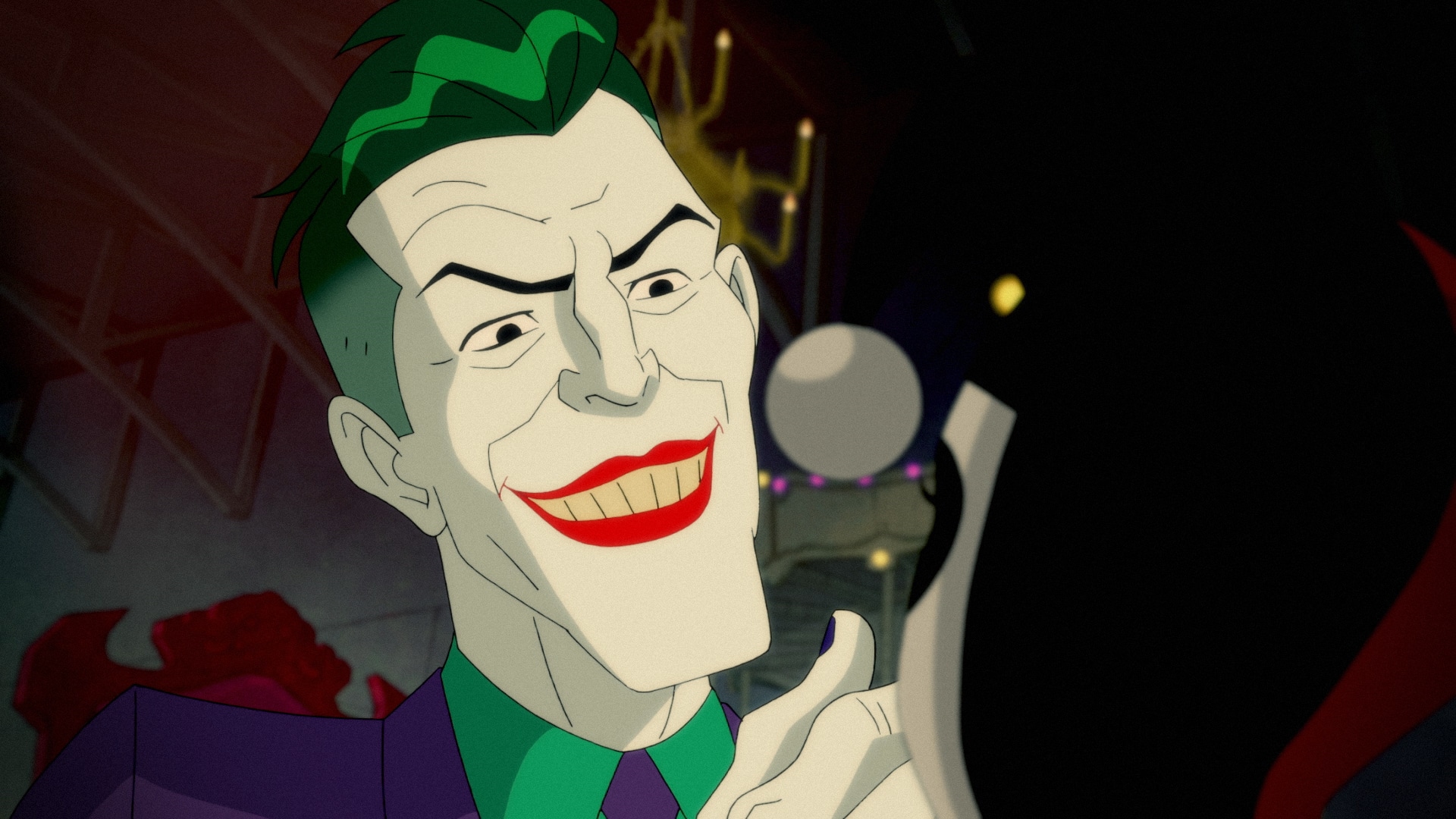 Harley also appears in the animated series Batman Returns and has made appearances in various arcs of the Fox TV series, Gotham. She’s been both conservative and edgy; the character has been portrayed as a therapist, psychologist, and psychiatrist by trade, plus as an unstable supervillain and/or anti-hero under the sway of the Joker. (Note: Robbie’s portrayal included white face as a nod to getting pushed into a vat of acid by the Joker, with her hair in pigtails, each dipped a different color.) In animation, she is usually seen in the classic court jester costume.

“I think she can get away with a hell of a lot in the show,” said executive producer Justin Halperin at the event. “The nice thing is that most of the time she’s going up against other villains who are worse than her, so I think we can root for her in that way. She is a killer, but generally, I think we’ve built it so that those dying at her hands all deserve it, clearly. She fights Robin (voiced by Jacob Tremblay) in the show, which is pretty amazing. He plays Damian Wayne/Robin, and she’s never going to kill Robin. She has her own moral compass.”

Cuoco said it was “very freeing” to play a cartoon villain after playing the nerdy Penny on Big Bang. “It’s been great to just scream and cuss and fight and be the badass that Harley Quinn is.” However, she was a little nervous about her voice. “I was a little nervous about what the true Harley fans would say,” Cuoco told BGN during the scrum. “Because she’s very New York, New Jersey, Chicago, and that’s not me. I knew people would know my voice right away. So I’m not going to try to be someone I’m not. It’s going to be my voice on crack.” 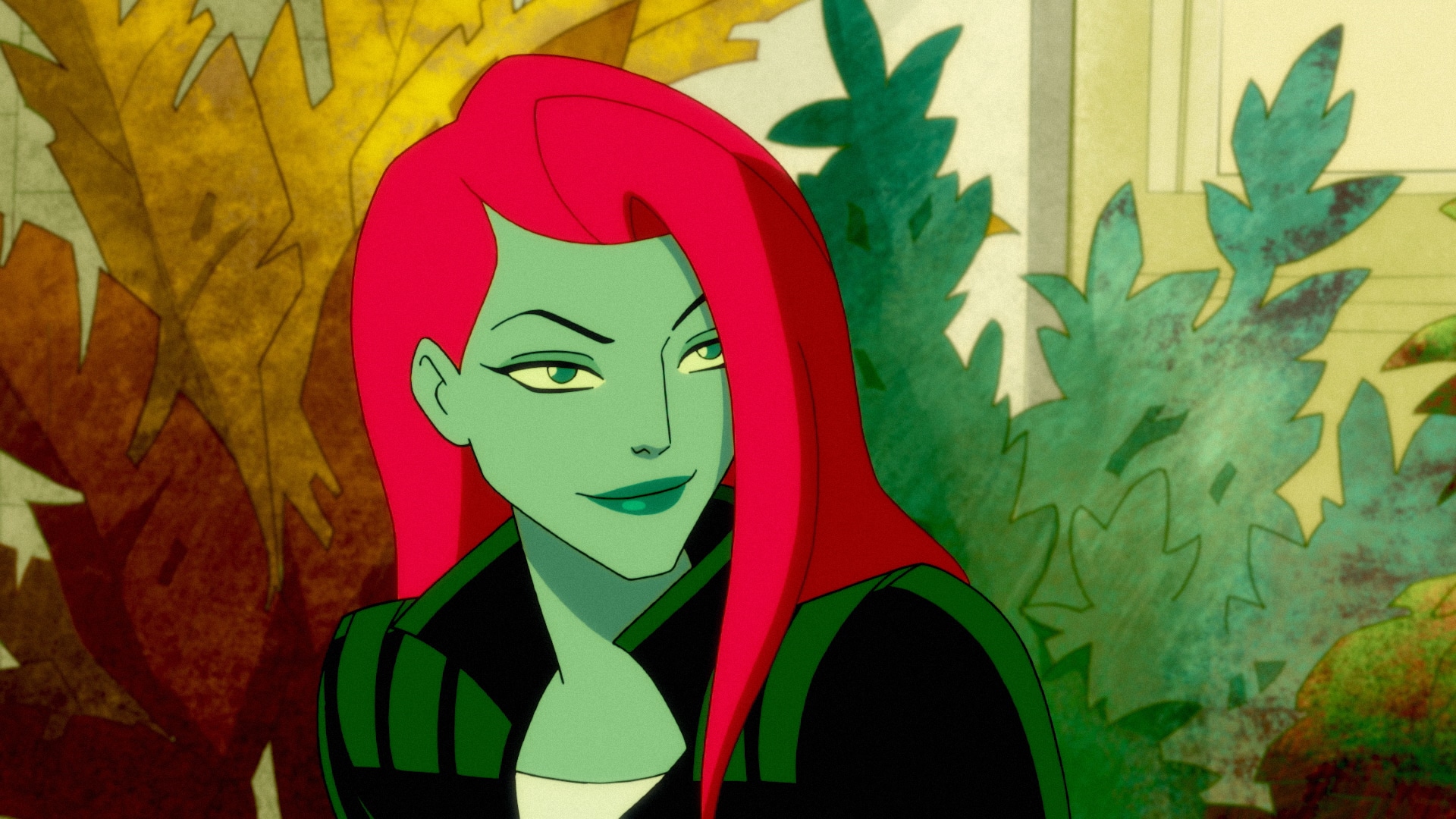 Fans can also expect to see some female empowerment and sisterhood in the middle of the mayhem, including Harley and Poison Ivy doing normal things like watching TV and ordering take out. The reason may be the larger amount of females in animation, according to Harley Quinn producer, Jennifer Coyle. “Honestly, I think it’s changing so much,” Coyle said in the panel discussion. “The animation students who are female these days are so much [greater in number] than males. For the ten years or so that I worked in this business and didn’t meet one other woman who did this, this is a groundbreaking opportunity. It really does resonate with my own personal experience as well as a lot of us probably in this room. That’s really been what’s so satisfying about it.”

“Nothing better than a badass chick,” commented J.B. Smoove/Frank the Plant in the panel discussion, referring to Lake Bell’s Poison Ivy. “If I was to die and come back, I would come back as Frank, to be honest. He’s got his girls back here, and I think [the producers] allowed me to come in there and have fun with the character. My character started to grow every time I went in to record.

“I had more lines, and they would use Frank in amazing ways, and I think that’s a testament to the amazing project on a whole. So I’m happy that the character got a chance to have fun. Improvising is only one part of it. It really is the foundation that allows you to build when you go in the studio and start to improvise to the character.”

“For me, I’d played Batman before on Batman: Brave and the Bold,” Bader said in the panel discussion. “So I understand the responsibility of the Batman character. I think [this show does], too. Of any of the characters, that’s the one that’s hardest to mess with because it’s so beloved. I didn’t really know until I went to Comic-Con with Batman: Brave and the Bold many years ago the depth of love and respect and, frankly, defensiveness. They really care about the character so much that it’s first, ‘Do no harm.’ We’re allowed to improvise a lot, but Batman has to be very specific about Batman and can’t leave the paradigm of what people expect from Batman.”