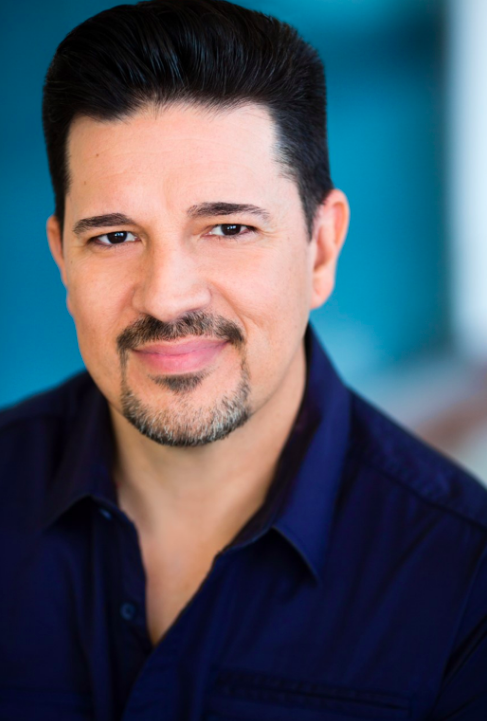 Season 5 is the final chapter of the groundbreaking American crime drama series Queen of the South. The journey of Teresa Mendoza (Alicia Braga) to become the head of a drug cartel is a story we’ve not seen in series television in the United States. BGN was super excited to have a candid Zoom conversation with showrunner Benjamin Lobato.

Please tell me the behind-the-scenes origin story of the series.

The star of the Spanish version on Telemundo, Kate del Castillo, was on the cover of Variety magazine. Our executive producer, David Friendly, saw the cover and he said, “Who is this woman, and why don’t I know she is? Find out.” His assistant found out that she was the star of  La Reina del Sur, the number one telenovela in history, and there’s a book. So, David got the rights to do an English version of Queen of the South. Our show is essentially an adaptation of the book. It’s not the telenovelas.

You’ve been on the show for five seasons. What was your path to becoming showrunner?

I worked on a series called Gang Related years ago, and the showrunner of that show, Scott Rosenbaum was the original showrunner for Queen of the South. He brought me on because I’m a Mexican American screenwriter, of which there are very few working at this level right now, and he knew that I grew up on the border. I grew up in this world where I have friends, family members, and, if I can admit, I dabbled in this world. Then later, when I went into the military and worked in federal law enforcement, I saw it from the other side. I had a unique understanding of both sides of the equation. In Season 1, figuring out how to tell this story was challenging. We went through some hills and valleys and ultimately Season 1 turned out to be phenomenal. A new showrunner came in Season 2, Natalie Chaidez. I was the only writer that she brought back. Seasons 2 and 3 she relied heavily upon not only my expert experience in the world but my shorthand of this series and the actors. When Natalie decided to move on at the end of Season 3, they tapped Dailyn Rodriguez and myself to take over the show.

The pilot immediately hooks the audience. It’s deliciously brilliant, I loved it.

Josh Miller and M.A. Forton wrote the original pilot. In that first moment, you see Teresa stepping off the helicopter, in a power suit, with these powerful men behind her, and she’s leading them. She starts this voice over telling you who she is so you’re immediately drawn in. Then she says, “And I’ll be dead in 30 seconds.” And you’re going, “Okay. What’s gonna happen?” And then we cut to where she began and you realize that this young Latina, the woman who we saw in the suit just moments prior, started as a money changer on the streets of Mexico, someone who was looked down upon, was not empowered.  Immediately you ask yourself, “How did she get there?” and you’re hooked.

The storyline that centered the power struggle between Teresa and Camilla Vargas (Veronica Falcone) was one of my favorites. Tell me more about writing those characters.

Camilla Vargas. We haven’t seen that character on television before. Let’s put aside what we call in the Latino community “machismo” and just be honest. We’re very much a matriarchal society, and this goes back to our indigenous roots. The man may wear the hat but he’s not moving without directives. We had, in Camilla, a Mexican woman who broke away from her husband because she realized she wasn’t getting credit for being the brains behind his operation. His operation wasn’t as successful because he wasn’t taking all of her counsel. It came down to the machismo of Epifanios (Joaquim de Almeida), his not wanting to allow Camilla to be the full boss that she was. Instead, he wanted her to be the dutiful wife standing in his shadow. She said, “Wait a minute, I want to stand next to your shoulder, not behind you.” He wouldn’t allow it. Camilla was playing a very dangerous game with her husband. She was in Texas building a secret empire, but she wasn’t openly competing against him. Once Teresa came into that world, the whole apple cart got upset. Suddenly it became about the competition between these characters.

What has it been like to work on a show that reflects the corruption of systems that we all coexist with as we’re all enduring a culture where politicians use racism against Mexicans to gain power and build empires based on ignorance?

From the beginning and when Dailyn and I took over the show, these were questions that really haunted us. We’re working on a series that’s about, for lack of a better term, Mexican drug dealers. At the same time you have rhetoric that’s out there right now that’s essentially trying to frame an entire group of people of a culture as criminals. What is our responsibility to the community? When we took over the show we said, “Okay, instead of this being a border immigration issue, let’s explore why these situations come about. What is behind this culture of crime?”

We wanted to ask, why do people become criminals? Oftentimes it’s because there’s a lack of opportunity. There’s inequality. In terms of along the border and in Mexico, there aren’t a lot of opportunities, and there’s also a lot of corruption. Oftentimes, people turn to these things when they’re desperate. Not everybody is a sociopath like Tony Montana (Scarface). Teresa is not this person who runs around and wants to murder people and take power. We show how Teresa comes into this world, and she’s a woman that held on to her moral code. She’s literally someone who’s just trying to survive and provide for her family and create a system that would then protect her family.

What about this whole series brought you the most joy?

For five years, we were able to methodically plan out all of the twists and turns of Teresa’s character arc, in conjunction with Alice Braga who’s very much a collaborator and very much a part of helping us shape that arc. And then five years of familia. Many of the crew members have traveled with us from Mexico City to Dallas to now New Orleans, and we’ve become family. We all are there for the same purpose: to tell a story, something that hopefully can teach the viewer something about perseverance, about themselves, and about the human condition. We’ve been together so long it’s a well-oiled machine. Everyone is there, working to do everything we can to elevate every moment, every line of dialogue, every scene. Yeah, it’s very different from anything I’ve ever experienced in a way that was just incredible and a privilege to be a part of.

Don’t miss the final season of USA Network’s Queen of the South Wednesdays at 10:00pm EST.