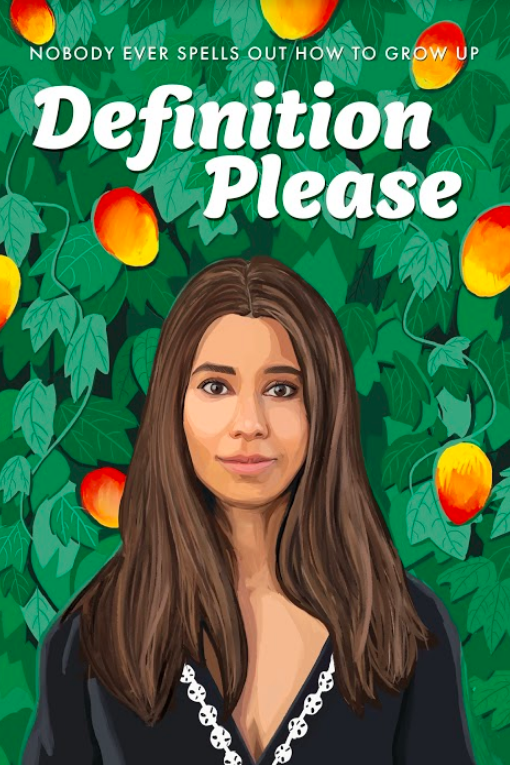 Black and Brown actors have to search for roles that actually represent their human experience. In most instances, artists of color find themselves out in the cold. Recent box office success of films featuring people of color and a global health pandemic have created a new yearning for more ethnically diverse content, and the entertainment industry is finally investing in stories that center Black and Brown Americans. The industry is also slowly realizing that Black and Brown stories told by Black and Brown writers and directors have wide appeal.

Sujata Day’s Definition Please is an impressive undertaking. Day not only wrote and directed the script, she is the female lead: Monica Day, a talented college graduate in her twenties. Monica’s carefree brother Sonny (Ritesh Rajan) returns from the West Coast to observe the first anniversary of the death of their father.

The film is clever. Monica is a childhood local celebrity, having won the “SCRIBS” spelling bee in 2005. The film begins with younger Monica asking for the definition of her title winning word, “opsimath,” a person who begins to learn or study late in life. This sets up a wonderful device of using the definitions of spelling bee vocabulary words throughout the film to transition from scene to scene.

Monica still lives at home and is the caregiver of her mother Jaya, played brilliantly by Anna Khaja. Jaya has been diagnosed with fibromyalgia and a hypothyroid by family friend Dr. Ali, played by the delightful Sonal Shah. Dr. Ali made me laugh out loud every time she graced the screen. Character melted away and the story invited me in to want more of her vivaciousness. Dr. Ali’s boldness reflects the joy of full single womanhood, in her full glory. There is also an absolutely lovely scene with the aunties on a ladies night in, eating pizza and dancing with silk scarves, which made me ache for my sister-friends as we shelter in place away from one another.

It’s wonderful to spend time with a middle class suburban South Asian American family and get a peek at a few Hindu traditions practiced with connection and authenticity. Unfortunately, Western new age gurus and yoga teachers have culturally appropriated Hindu culture for over 30 years. With the appeal of Hindu spirituality, it’s shocking that we hardly ever see South Asians practicing their faith at home. Definition Please is strongest when the story reflects an American family we rarely get to see from in our Black/white focused society.

It was refreshing seeing a majority Asian cast and vibrant female characters who are over 40, alive, hilarious, and deliciously vivacious. Monica’s relationship with her best friend Krista (LaLaine) was just lovely. I wanted to see more of these two young women’s story. I also loved Monica’s refuge treehouse where she creates art, not to sell or post on social media, but just to relax and find refuge from the stressors that constantly attack her as a caregiver.

Unfortunately, some scenes are over written and too long. There’s a cute scene where Monica and Sonny put on a play in the garage to entertain their mom, which seemed like the actors had a great time performing for each other, but watching it felt like I was watching improv actors overact for laugh lines. The sister/brother conflict between Monica and Sonny was predictable. Pivotal parts of the film that were meant to be the most emotionally touching were unfortunately over written, and the mental health issue seemed forced and oversimplified. I was disappointed by a contrived plot line with the mother’s health issues that was never fully resolved.

Writing, directing, and acting in a project requires a keen eye. As artists of color create our own content, I wonder if we are selling our stories short by having to do it all. In scenes where Sujata Day wasn’t the focus of the action, her direction was solid. Those scenes were funny and perfectly heartwarming. When acting, Ms. Day seemed to be “playing at” Monica instead of embodying the character. Her performance, although enthusiastic in moments, fell flat. We all want to do all of the things as artists; it’s hard to let go, and it showed. The script had great potential but still needed work.

At the same time, Definition Please is a wonderful achievement. I look forward to seeing future work from Ms. Day as she finds her voice as a writer/director/producer/actor.  Sujata Day’s determination, grit, and humor are inspiring — true gifts to this groundbreaking project.