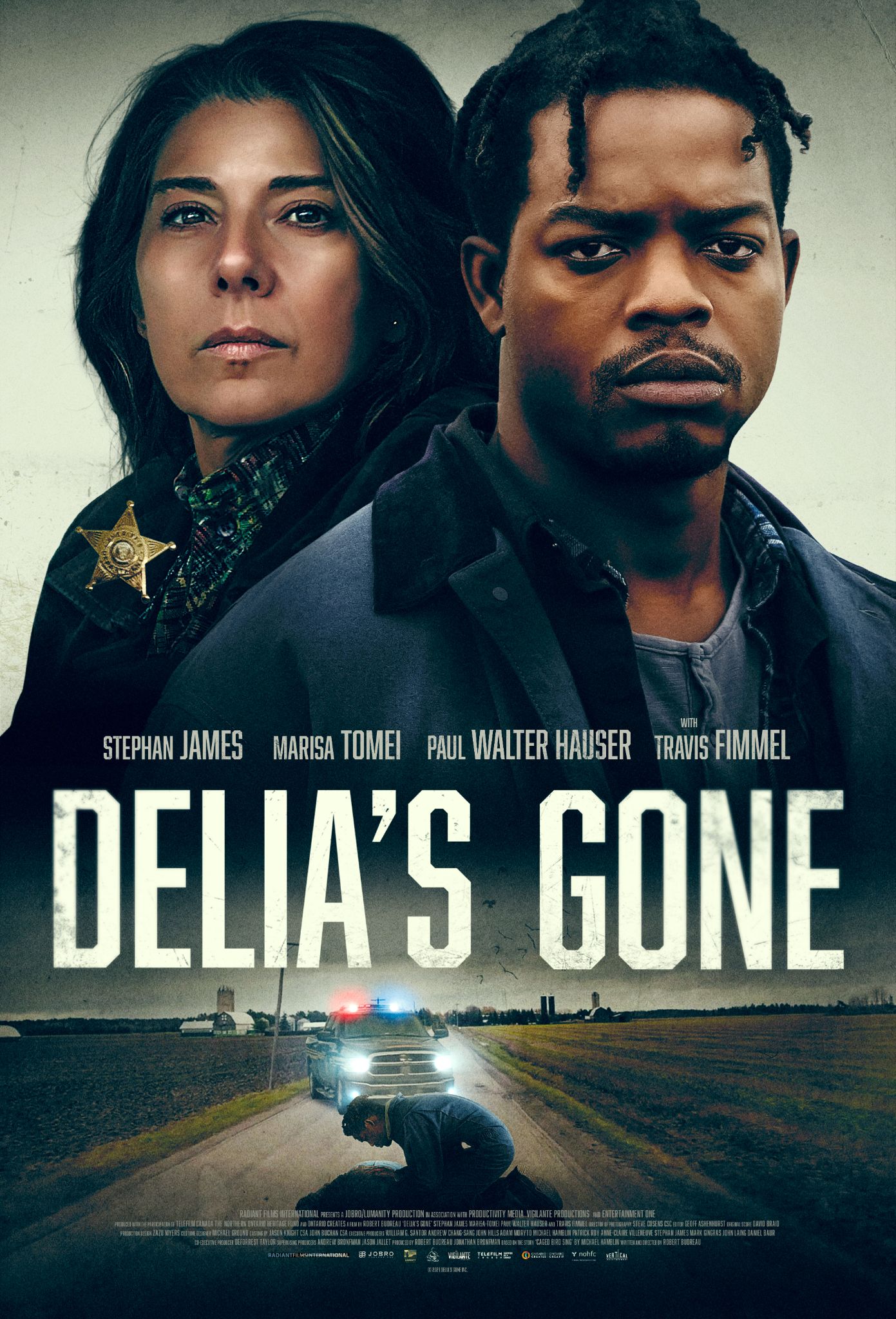 Delia’s Gone follows Louis (Stephan James), who has an intellectual disability and lives with his older sister Delia (Genelle Williams) amidst her struggles with addiction following their father’s death. After a night of drinking, Delia’s truck is found abandoned at a bar, drawing suspicion from the local sheriff (Marisa Tomei) who soon discovers she’s been killed. All evidence points to Louis who, pressured by police, pleads guilty and is sentenced to five years in prison for his sister’s murder. Upon release, Louis is confined to a home care facility where he is visited by Stacker (Travis Fimmel), one of the men to last see Delia alive, who implies that there is more to her death than meets the eye. Armed with this new information, Louis escapes the facility on a personal mission to find who is responsible for Delia’s mysterious death.