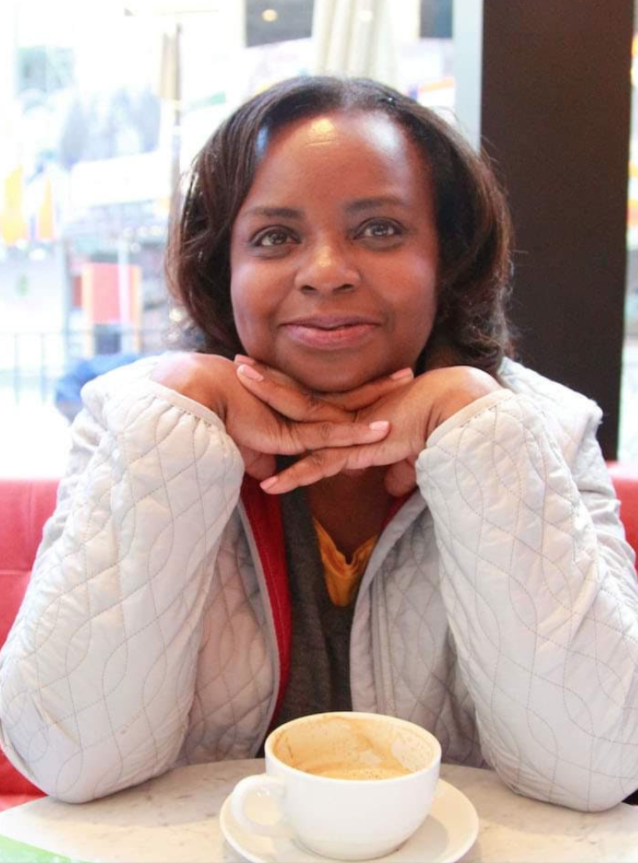 While the animation world is marked by limitless possibilities, the opportunities for Black people, especially Black women, to navigate them have been historically limited.

However, for the first time in years, the playing field is leveling.

This is not to say there isn’t a long way to go with reports of demands for accountability from the animation and entertainment industry as a whole when it comes to hiring and supporting Black talent. There are Black women working as animation writers, but their stories are often the last to be told.  From talents like Karen Rupert Toliver (Hair Love) and studios like Black Women Animate, founded by CEO Taylor K. Shaw and dedicated to Black women representation in animation, there is a community for both new and seasoned writers.

BGN had the chance to catch up with one of the brightest talents in the animation writing industry: Denise Downer.

She even has her own spooktacular children’s graphic novel called Tombstone Twins that tells the dark comedic tale of children who’ve died in outrageous ways at the supernatural Underworld University.

As a child, Downer began piecing together her love for writing and envisioning her dream career — and it wasn’t in animation.

“When I was child, I wanted to be a writer. I saw myself writing books because I knew I was an avid reader,” Downer explained.  When she arrived in Los Angeles as an adult, she had an interest in writing in the entertainment industry. She applied not for animation writing jobs, but began with live-action TV, particularly sitcoms. She was able to work several jobs in live-action writing until a unique opportunity suddenly arrived.

“Between seasons, you look for the next thing because you don’t know if the show is coming back,” she said. “When I was in-between seasons, I signed up for a temp agency, and they sent me to an animation studio to work. I was temping as an assistant to one of the producers.”

It was during this limited-time engagement that Downer would discover her long-lasting love for animation writing. It all began with one life-changing question. The producer of the animated show asked her what her career goal was.

Just like that, the realm of infinite possibilities opened for Downer. After being interviewed for an opening, her first animation writing job began. “That’s when I knew. I said, ‘I think I belong in animation. I think that’s where I feel this sort of fun energy, plus normal working hours,’ which is rare in live action,” Downer explained.

When it comes to flexing her animation children’s show muscles, some of the most exhilarating times came from working on animated Marvel shows. “I felt like I had won a prize to have gotten to write for Marvel,” she said. “I got the email asking me to participate from the head writer in the room after only meeting him through networking. He remembered me, and he knew that I wrote for kids.” Downer was thrilled to be able to join the team and cover episodes centered on hero favorites Black Panther and Spider-Man.

“I was in a room with other writers, and it was fun and challenging because I’m a big Marvel fan. I love the Marvel franchise, and I don’t know every character or there’s so many characters in the universe, and I don’t know them all. I know the main ones. So, I’m in this room with these really smart people who are deep into Marvel, and they talked about characters I’ve never heard of,” she told BGN.

After a few days in the studio, she knew she had found the story she desired to write the most. “This was for Black Panther. I love the comedy that was in that story. I write comedy often. I write a lot of eleven-minute kids’ shows, and eleven-minute shows include a lot of comedy. So, the head writer had said to us, ‘Write me an email and let me know which story you’d like to write,’ because they were kind of all up for grabs because we pitched on all of them. So, then I said, ‘I really want to write that.’”

It was in her wheelhouse. She resonated with Black Panther’s female-centeredness and sense of humor. Soon, it was hers along with a quippy Spider-Man episode. For Downer, it was a joyful challenge to craft episodes that wove in multiple Marvel characters for an engaging plot. “I had Doctor Strange in that [Spider-Man] episode and Miles [Miles Morales] within that episode, with a younger Hulk and a different Iron Man character called Iron Heart.”

With that said, Downer isn’t new to balancing numerous characters for a meaningful story. Her work on Stillwater has gained significant praise, and it’s no surprise as to why.

Based on Zen Shorts by Jon J. Muth with story editor Rob Hoegee (Teen Titans) leading the writer’s room, the show premiered in December 2020 on Apple TV+ and focuses on a wise panda named Stillwater who lives next door to kids who need help with problems in their daily lives. The show captures the importance of emotional development, mindfulness, and resilience — for all of which Downer is a fitting role model.

“I was inspired by the story editor and the creator of the show, Rob. What inspired me was just the different nature of the show. It’s nourishing. It’s for kids and adults. When I watch certain episodes, I get something out of it and I get the chills and a good feeling out of it. It makes me want to look at life differently. A show about mindfulness resonated with me because I try to meditate on a regular basis, and I try to learn about mindfulness as much as I can,” Downer said.

The show took home a Daytime Emmy Award for Outstanding Editing for a Preschool Animated Program.

While this feat was impressive, another victory is seeing Downer shine in an industry that hasn’t always been accessible to Black women, let alone inviting.

“I hope that this [her story] is a good role model for others to see that this industry is open, and they’re working a lot with inclusion, as far as with the characters they show on the screen and behind the scenes. There are really good-hearted people who are the producers, the network execs, and the creators of these shows, and they really want to create a better world where there is inclusion and people treat each other with dignity and with empathy,” Downer shared.

Whether it’s shows that showcase Black girls in science, like Doc McStuffins, or being welcomed into the industry, Downer sees a bright future for Black women eager to embark on their own journeys as animation writers and more.

The Upcoming Series, ‘Isaura,’ Is Making One Big Splash into Environmental Activism