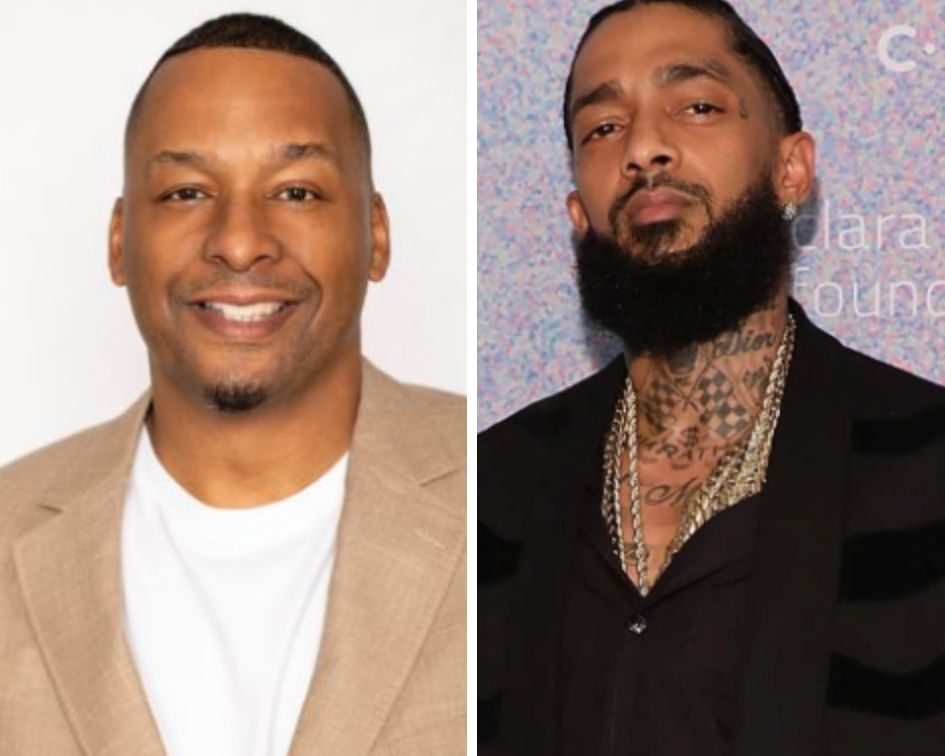 This weekend Deon Taylor, director of the film Black and Blue spoke about the action thriller to several media outlets (including ours) about working on a film with the late Nipsey Hussle.

In an interview with The Breakfast Club this week, Taylor briefly brought up about his impending project called .38. He was locked in to do the film with Nipsey Hussle and Bobby Francis of Brand Engine. In his interview, Taylor states that he and Nipsey sat down for hours talking about police corruption, what the story should be about, cops, drama and more. Tragically, Nipsey’s life was cut short by an assassin’s bullet on March 31st of this year.

Taylor has directed several films, including Meet The Blacks, Traffik and The Intruder. He owns the company Hidden Empire Film Group along with his producing partner Roxanne Avent. The two have independently funded their films with the help of successful billionaire Robert F. Smith. Smith earlier this year canceled all student loan debt from the 2019 graduating class at Morehouse College. Taylor has proved that he can helm a film with studio support. His film The Intruder (also Sony Screen Gems), grossed over $35 million domestically with an $8 million dollar budget.

Taylor further describes that many of the elements from .38’s original story were integrated into Black and Blue. These elements Taylor describes dealt with social messaging, living in the streets and living with all of the energies that come with it.

When speaking with BGN about Nipsey he said that Black and Blue took .38’s place. He says that he loved that he gave people a commercial thriller with the information inside, it’s not just a story of telling you what’s going on the streets. “I wanted a film that had that medicine inside the cake.”

For more on Deon’s interview with BGN check out the video below:

Black and Blue is currently playing in theaters.

Director Deon Taylor Teams with ‘Parasite’ Producers for His Next Feature

Life After Death: Popularity on the Billboard Top 200