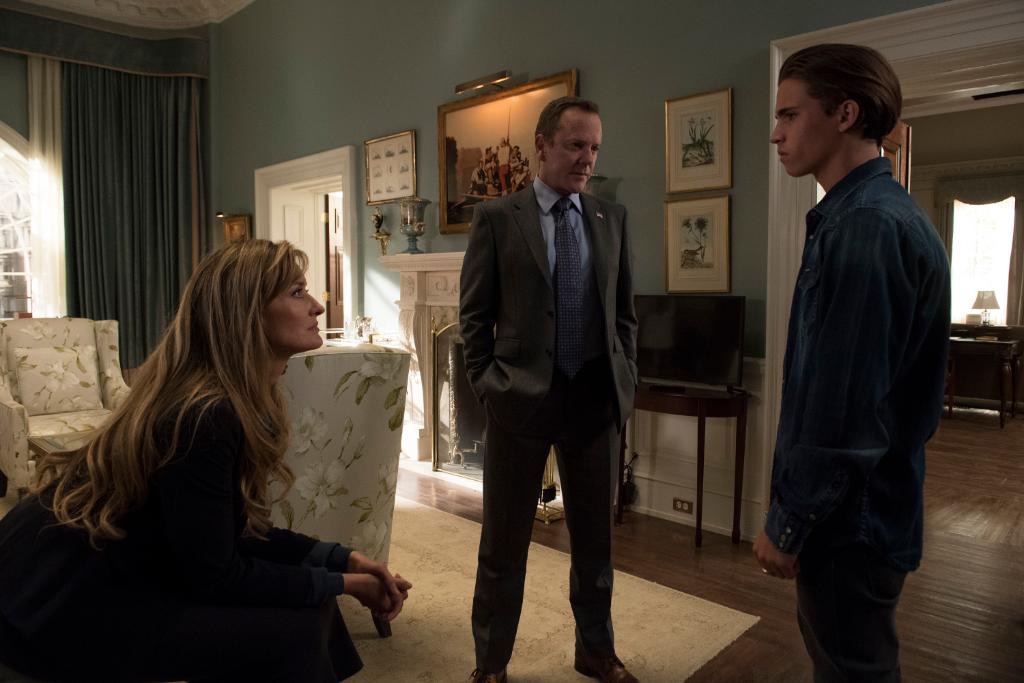 This episode of Designated Survivor begins with a dose of international relations which seems to be the recurrent theme lately. This week the alliance between the United States and Turkey is challenged when President Turan decides to publicly denounce President Kirkman and accuse him of harboring an activist who is dangerous to Turkey. President Turan issues all sorts of demands and ultimately declares Turkey will leave NATO, which would leave the United States and other countries open to attack.

Picking up on the “did Moss kill Charlotte” storyline, we finally get some answers. Charlotte and Moss had a relationship going, even though she wasn’t finished with her divorce. They had an argument the day before she was killed, but he swore he didn’t kill her and I believed him. Later as Damian and Hannah look over all the evidence and keep digging, things take an unexpected turn. Charlotte was actually shot by her assistant, who was in love with her for years. She didn’t want to accept that she chose someone other than her after the divorce, so she shot her. Moss later confessed that his argument with Charlotte caused him to start drinking again, and luckily Kirkman saw past his mistake and didn’t fire him.

In family drama, there is a bit more going on. Kirkman walks in on his son who is trying to impress his new girlfriend Sybil. It has been a while since we have seen Leo do anything, so I was automatically suspicious as to where the story was about to go. After Sybil meets the President, they head out to a café that was up the block from a protest.  A protestor gets in Sybil’s face and Leo springs into action for his woman and shoves the guy, who then speed dials one of the top civil lawyers.  At the same time, Alex, her mother, and Kendra try to get in front of her bribe situation. To add to that, Gimble is about to run a story about the bribery, but was professional enough to sit down with the President to get his side of the story.

Then, as these three storylines develop, I begin to sense that this is all too convenient and surely someone must have it out for the Kirkman family. Michael helps Kirkman uncover an elaborate set up by President Turan that sadly tied in Leo’s girlfriend Sybil. It was their plan to use the lawsuit to not only extort money from the President but force him to do his bidding. Kirkman decides he isn’t going down without a fight and successfully calls out Turan and forces him to back down. The wins keep coming when Alex’s mom gets past FBI interrogation and Kirkman successfully gets Gimble to see the story she wanted to run won’t really have an impact. Even Hannah gets a win. Damian and Hannah finally get their nightcap, and Hannah gets to see more of Damian because he has accepted a job at the British embassy.

The bribe storyline isn’t done; this episode ends with Alex saying that she just got a subpoena because of an account set up in St. Lucia in her name with a ton of money right before Eric died. This twist is interesting and confirms my earlier suspicion that someone may have it out for the Kirkman family. I really wonder where this storyline is going, especially since Natascha McElhone is leaving Designated Survivor during season 2 to go star in a Hulu series.

Overall this episode was just ok; there were a lot of little storylines that didn’t bring value. In addition, the weekly Kirkman solves international relations dilemma thing is starting to get too predictable. Next episode, they will be in Afghanistan and it looks like things won’t go well. Maybe what happens there will set the rest of this season onto a more defined path?