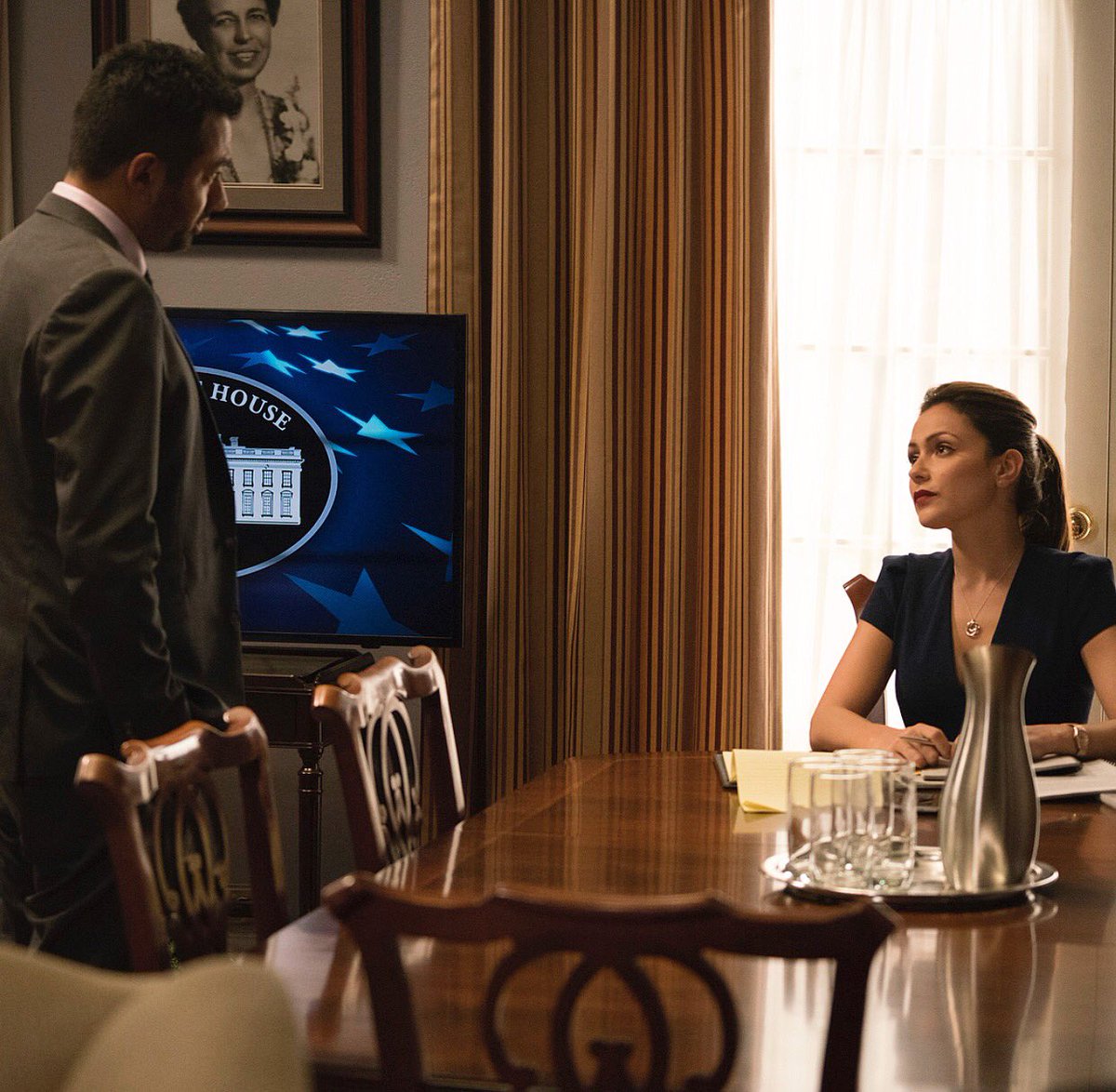 “Three letter day,” as Designated Survivor calls it, is upon the Kirkman White House, marked as a once a year occasion in which the President is to read and take action on 3 letters sent to him by civilians. Several thoughts ran through my head at this storyline: Does the White House do this in real life? Will one of these letters expose who is trying to set up Kirkman’s wife? And, is this going to be another basic episode that has its moments but is just filler until the big winter finale? The answers would be no, no and yes.

Speaking of who has it out for the Kirkmans, Alex is offered a “deal” to participate in the investigation. If she participates willingly, the case won’t be tried publicly. We all know it’s really not a deal because all the evidence is stacked against her, it’s hard to ignore an account in the Caribbean with a ton of money and a dead man. Luckily, Hannah is on the case so this storyline will have some traction soon. She gets extremely close to catching the banker who made the fake account, until he got tipped off and ran. We were left wondering who tipped him off until right before the credits rolled. Chuck calls Hannah and says a burner phone was used at her location, and then she realized Damian stepped away at the same time. The last we see is Hannah bringing wine to Damian in the bedroom, and I worry she will black widow him after she questions him.

In other White House relationships, Emily approaches President Kirkman about Seth, and it turns out he already knew. I wasn’t surprised at this and actually expected Emily to tell Kirkman sooner. Luckily, against Emily’s advice, Seth was able to keep his job. Emily and Seth now get to continue their awkward yet sweet relationship. We also get to see the struggle between a President and the First Lady, as Alex expects Kirkman to pull strings for her in the case. Kirkman reminds her that he’s the President of the United States then brings receipts when he reminds her that her mom actually did break the law which started all this drama in the first place. I’m glad Kirkman said something to Alex; I believe she causes too much trouble at times and expects Kirkman to always be her Husband first, President second.

The next episode of Designated Survivor is the winter finale, which I am looking forward to seeing how they plan on making all these filler episodes part of a bigger story. I don’t mind seeing Kirkman have a moment to save the day, check another countries leader or have family drama. The part I’ve been missing lately is having an idea of who the enemy is.