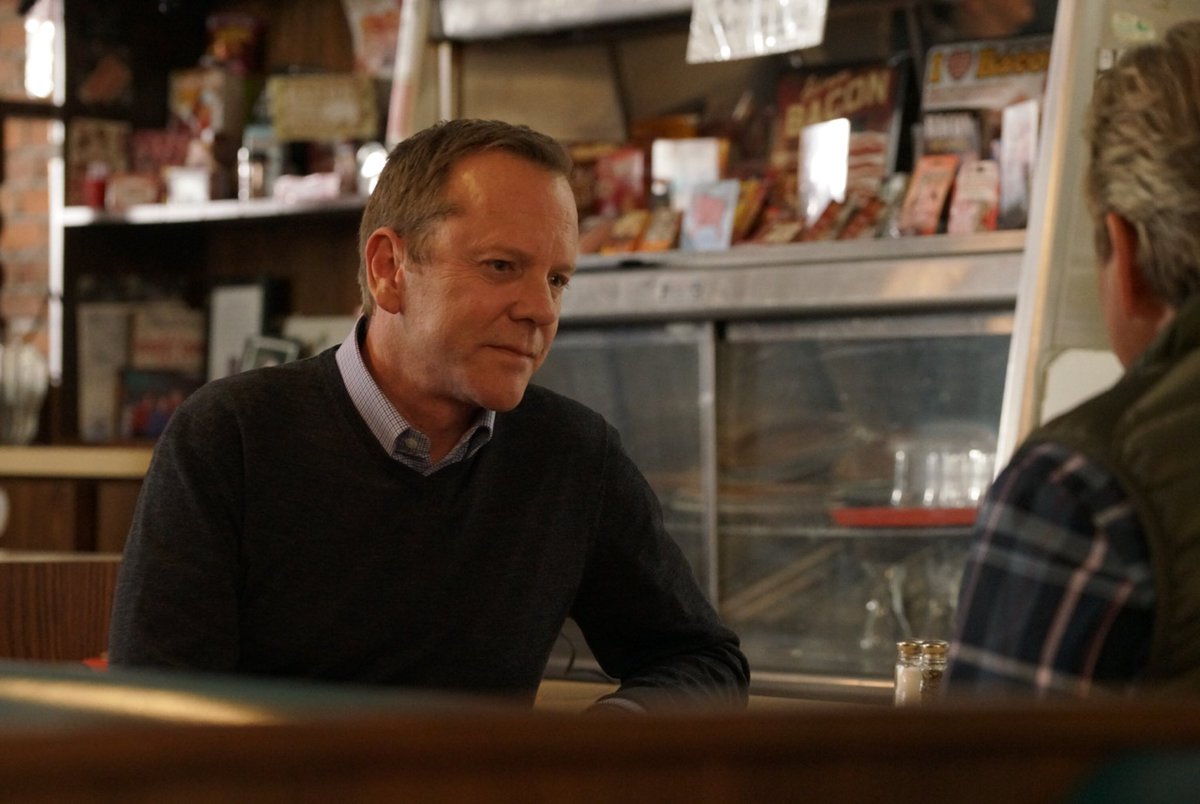 The latest Designated Survivor opens on a woman running on a beautiful path alone. I immediately sighed, hoping they wouldn’t make this a stereotypical yet real-life scenario of a female jogger that gets assaulted. Then I think I see where this is going, she’s making notes about gun violence and will somehow become the victim of gun violence herself. Then *bang* she is shot without warning and I’m wondering what kind of mess this will make for Kirkman. Meanwhile, Kirkman shows how kind of anti-presidential he is — instead of making political moves while golfing he is doing it during a hockey game in which he actually played the game for real.

Next up, Damian is back in town to help Hannah’s investigation into the shooting and Chuck doesn’t seem to be fighting it this time. Emily, Kendra, Lyor, and Seth have an awkward Halloween conversation but it was cute and they seem to make a great team. This scene was cool but then it seemed to go on forever as they did the whole powerwalk in circles around the White House thing — I know it looks good on TV, but I’d like to think that’s not all White House staff do all day.

Senator Rouse misquotes the President in calling the American people “suckers” and then SuckerGate is formed. I had to chuckle at this one because in today’s society that is exactly how something like that would go down.  I thought Kirkman would get into gun violence trouble but of course, something like SuckerGate is what threatens to take down his image and supporters. Kirkman asks to meet with Rouse but fails in convincing him to retract his statement. Luckily Mike is super observant and gives Kirkman a strategy to combat SuckerGate by fighting with hope instead of politics.

Alex, one of the most problematic First Lady’s I have seen on TV, creates more drama when she undermines Kendra in court. Alex had me screaming at the television: “You’re currently only a First Lady, sit down!!” Kendra then shows why she is the MVP and coolly tells Alex to have several seats, and convinces the judge to throw the case out. Kendra just saved Alex’s mother from having to go to trial. Winning.

Meanwhile, as Kirkman is busy shaking hands and kissing babies to recover from SuckerGate, Hannah and Damian are doing what they do best. Together with guns drawn they track down Darius the arms dealer suspected of having something to do with Charlotte’s shooting. Darius appears out of nowhere and Damian kills him. The show lets us believe that Charlotte’s killer has been found, but then they discover footage giving Darius an alibi during the same time Charlotte was shot. If the guy behind this isn’t as dangerous as a Catalan or a Lloyd, I worry if it will keep this season going.

At the end of this episode, Kirkman has a live television interview and has a chance to throw Rouse under the bus, just when you think things are about to get real, Kirkman reverts back to himself and puts an optimistic spin on things. I’m glad he was able to find a way out that he could live with, but I really wanted Kirkman to get his hands dirty. Opting not to get his hands dirty ultimately worked. Rouse came in feeling super guilty. Rouse then confessed that he threw his “friend” under the bus because he wanted a distraction from the fact he dumped his mistress to fully support his wife as she fights cancer. Again, Kirkman needs to tighten his circle of friends.

At this point, things are moving along at a moderate pace and I’m thinking that the drama has to pick up now or never. Kirkman saving the day is nice to watch, but Kirkman is at his best when up against a major enemy.