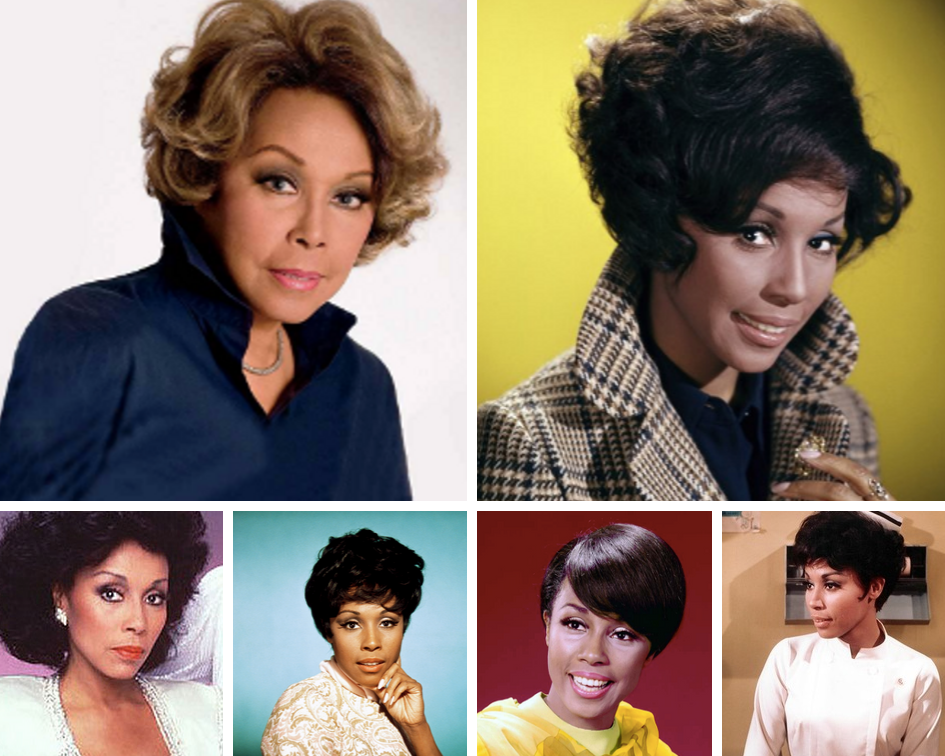 Diahann Carroll paved the way for so many Black actresses working in Hollywood today.

From her historic win as the first Black actress to receive a Tony to her being the first Black woman to star in her own TV series Julia, it is evident that Carroll broke records and changed the landscape for women of color playing non-stereotypical roles.

The trailblazer started her career in modeling for Essence magazine. However, her career took a dramatic turn when she pursued work as a performer in Hollywood. She turned to film and starred with some of the greatest actors of that era including Sidney Poiter in Porgy & Bess and Dorothy Dandridge in Carmen Jones.

Carroll received a Best Actress Academy Award nomination for her work in Claudine. She starred with James Earl Jones, a story about a mother of six who finds romance in Harlem. The legendary actress appeared in many other films including Paris Blues, Hurry Sundown, I Know Why The Caged Bird Sings and Eve’s Bayou.

A fan of the stage, Diahann Carroll made her Broadway stage debut starring in Harold Arlen and Truman Capote’s “House of Flowers”. She was recognized by Richard Rodgers during that theater run and he cast her in “No Strings”. Her performance earned her a Tony Award — the first-ever for a Black woman at the time.

Another first for Carroll was starring in her own TV series in 1968 called Julia. She played the titular character Julia Baker, a nurse whose husband had been killed in Vietnam. The sitcom lasted 86 episodes on NBC from September 17, 1968, to March 23, 1971. And although she wasn’t the first Black actress to star as a lead in a TV series, it was the first time a Black actress was depicted in a non-stereotypical role. A huge feat during the late 60s.

Carroll was also a humanitarian and activist for women getting cancer screenings. She was diagnosed with breast cancer in the early 90s. When she first got the news, she didn’t want anyone to know. She revealed in a candid interview on Oprah Winfrey’s Masterclass the following:

“I don’t want that to be the thought of anyone, the first thing they think when they hear my name: ‘She has cancer, you know.’”

She spoke publicly about her fight with the illness, sharing her story about her journey through her treatment and the decisions she made to save her life. She encouraged women on the importance of early detection and regular checkups and mammograms.

Her interview on Oprah Winfrey’s Master Class, shares some intriguing and intimate details of her life, for example, her relationship with her parents and overcoming abandonment:

May Diahann Carroll be forever remembered for her graceful legacy and path that she has carved out for so many women of color in entertainment today. Rest in power, my love.

TIFF 2021 Review: ‘Julia’ Takes a Look at the Savory Life of Julia Child