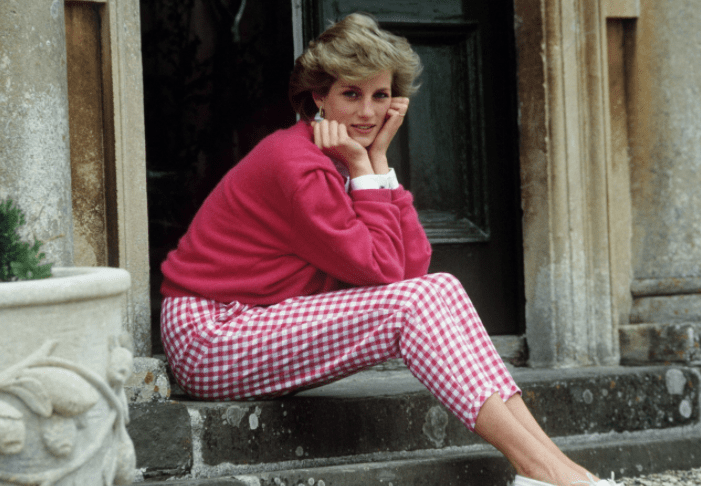 In 1991, English journalist Andrew Morton interviewed Princess Diana in order to publish the first biography about her, which included the royal family. Morton’s 1992 book, Diana: Her True Story — In Her Own Words was the number one New York Times bestseller that same year. The whole world wanted to know the ins and outs of the British Monarchy.

In the 2017 documentary film Diana: In Her Own Words, directors Tom Jennings and David Tillman used Morton’s twenty-six-year-old interview recordings. Princess Diana’s actual voice articulates the truth about her enduring and unpleasant marriage and her agonies in the Windsor’s house as well. However, she was able to overcome these difficulties. Diana Princess of Wales became the most beloved and beautiful British icon, including being a lovely mother to her two boys. That makes this film profoundly impactful.

In the documentary film, Lady Diana Spencer recalls having a not-so-happy childhood with her parents and her siblings. She knew she was going to be a very different person from everyone else in the family and friends, but she had no idea what the future held for her. At times, she suffered insecurities while growing up.

For many generations, the Spencer family associated with the Windsor family and lived next door to each other. Prince Charles Windsor became interested in sixteen-year-old Lady Diana. They spent time getting to know one another at events and by planning outdoor activities. By then, Lady Diana, a pre-school teacher, was being continuously chased by the paparazzies. Prince Charles asked Lady Diana for her hand in marriage when she was nineteen, but she thought he was simply joking until she realized his sincerity. She agreed to the engagement because she loved him.

Prior to their wedding day, Lady Diana leaned into the door and heard Prince Charles on a telephone conversation that made her think twice about marrying the Prince. But it was too late. Prince Charles and Lady Diana tied the knot and her name transitioned into Diana, Princess of Wales. While living in the Windsor palace, Princess Diana faced many harsh realities.

Could this have been an arranged loveless marriage for the British royal family? For starters, Prince Charles was known to be seen with other women, and he was a bachelor up until thirty-two years of age. For many years, he was constantly being pressured by the media about marriage, and he was irritated by it. While the Prince and Lady Diana bonded, John Spencer, her father, confirmed publicly his daughter’s virginity being pure. Queen Elizabeth II met Lady Diana first, then she approved of her son’s engagement to her.

Princess Diana easily recalls Prince Charles’s statement, “Whatever love means,” after she accepted his proposal and her yelling excitedly, “I love you so much! I love you so much!” For the media to be following Lady Diana’s every move more and more since the beginning of their first outing, it just seemed that Queen Elizabeth II also accepted the media’s choice and the people’s reactions on who should be the next Princess. Her being a young educated woman and able to have children, and no man had announced being with her at all, could have been the best qualities to be a Princess. But regardless of it all, Lady Diana loved her Prince Charles.

During their engagement, Lady Diana expressed how Prince Charles reiterated she could be Queen of Britain someday. But what he should have said, “I love you and I want you to be my wife and the mother of my children” to demonstrate the love. Yes, to be a queen is a huge role, but the great love she had for Prince Charles was her priority more than a political position.

“At first, you won’t be queen, but you’ll have a tough role”: Whe knew of this from the beginning of their relationship. In their fifteen-year marriage, she’d seen how estranged he became with her. But Princess Diana was able to raise her two boys with so much love. Camila Parker-Bowles kept being his center of attention instead of his wife. Altogether, Princess Diana suffered bulimia and suicide attempts. No loving husband would allow his wife to reach this degree. She made the first step in reaching out to a psychiatrist and continuing her sessions. Most likely her children were the crucial reasons she sought medical attention.

If Queen Elizabeth II approved her son’s fiancée to be queen in the future, how come Princess Diana was kept away from being educated about the British government? There was not much communication nor support from Queen Elizabeth II towards the Princess of Wales. Could it be that Princess Diana was in this position only to be a mother for her two boys and not given the opportunity to learn and become a future British ruler? Prince Charles didn’t seem to provide any further support in this issue. Since he was the next in line to be king, there’s a high chance that Princess Diana would have been a wonderful royal queen. But the divorced was finalized, and she couldn’t be queen like many people expected her to be.

Princess Diana began living a healthier and stronger life when she came into realization how the people adored her so much. She made a drastic change within herself along with the help from her psychiatrist to serve her country and became an iconic humanitarian. She had to set aside her personal life and her emotions to perform her duties as a princess. Tara John reported, “Diana was known as a prodigious fundraiser and at one point was linked to more than 100 charities. Although she chose to cut ties with the bulk of them in 1996 to lead more of a private life after her divorce from Prince Charles, she remained the patron of six charities until her death on August 31, 1997.”

After her separation from Prince Charles, she blossomed immensely as if a huge weight on her shoulders had lifted away. Britt Stephens shares, “In January 2007, Deputy Coroner of the Queen’s Household Baroness Butler-Sloss said, ‘I am satisfied that at her death, Diana Princess of Wales continued to be considered as a member of the Royal Household.’”

Princess Diana was a mother of two fought her way to become an empowering and successful woman who many people thought had no complications of her own in the royal family. She sacrificed her life for the British country and for other countries around the world; she’s a legendary humanitarian who provided so much love that she continues to be honored today.