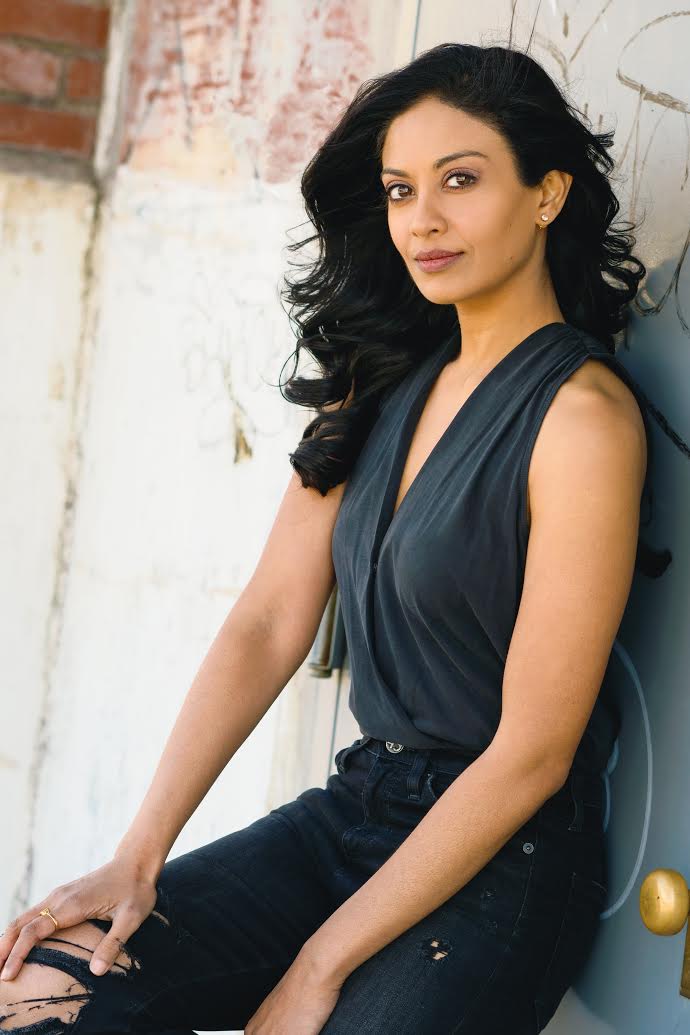 It’s mid-morning when I get the call from Ami Sheth’s publicist that’s she available and ready talk and we do. The actress answers questions with the enthusiasm of someone doing her first interview. However, her new role as Sana on AMC’s new series, Dietland, is not even her first role. Sheth also plays Afreen on NBC’s Blindspot.  She talked with BGN about why she chose her unconventional role on Dietland, on-set girl camaraderie, and her thoughts on women of color finally getting more roles in Hollywood.

BGN: What made you decide to become an actress?

Ami Sheth: My journey is kind of a long and twisted one. I never thought that I could make a living at it. I’ve always acted as a creative release and it’s something that I loved to do but growing up I never saw anyone that looked like me on TV and I just did not … it just did not seem to be anything that someone would seem to do. It was something that I loved to do, and it really started out as a hobby and passion and it grew from there.

I have a veterinary medicine background. I actually went to school for that and everything and then eventually I was working as a vet and got really burned out. I saw this casting on Animal Planet. They were looking for a veterinarian on one of their TV shows. I thought, “Oh, someone might actually want to see me,” that’s how my journey started.

BGN: You didn’t have the SAG card or anything, you just auditioned?

Sheth: Yeah. Yeah and then one thing led, to another and things fell my way and I thought, I kind of love this and I already have my degree, I can always fall back on this if I want but I am going to give this a swirl.

BGN: And you haven’t had to go back, have you?

Sheth: I haven’t had to go back, no but I must say it is a nice thing … you never know.

BGN: Tell us about your role in Dietland.

Sheth: I play an artist named Sana. She lives in a feminist cooperative called Calliope House and Calliope House is a home for women who’ve had problems. They’ve had terrible things happen to them and are trying to get back on their feet. I live there, and I help a lot of them with the things they need to grow through. 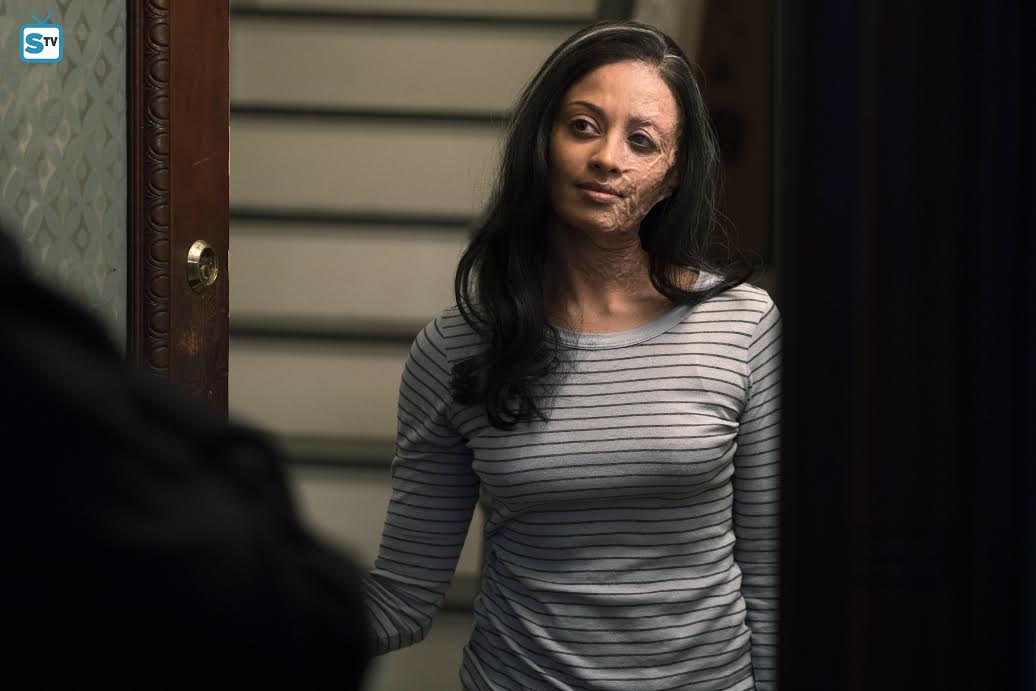 What’s interesting about the character is that I am an acid-attack survivor. I have a burn scar across my face, down my neck and half of my head is a burn so I’ve also had something terrible happen to me and I am using that to help others.

Sheth: [Sana] is just such a strong, self-aware person and she’s still beautiful in such an unconventional way. She just eludes this beauty and strength and helps other women. She’s awesome and kickass. She had all these terrible things happen to her and instead of letting it break her, she’s just stronger for it. That was interesting to me.

And I’d never done anything with prosthetics on my face — all these new experiences that I get to take on.

BGN: You’ve done six episodes. Do you know whether it’s being picked up?

Sheth: I don’t know. AMC has this rule where they don’t tell us until the end of the season.

BGN: Any projects now or you taking some time off?

Sheth: Taking time off, a little time with my family. Hopefully, a little vacation.

BGN: Speaking of travel, you got married in Riviera Maya. Very romantic. Tell us how you met your hubby.

Sheth: My husband and I met at a wedding and I was on the groom’s side and he was on the bride’s side. We started talking at the wedding and we found out at the wedding that our mothers grew up in the same little village in India and our families had known each other for generations. That was really crazy.

BGN: How he’s doing with having an actress in the family?

Sheth: He’s been super supportive, and we have a two-year-old and things are good.

BGN: Does he go with you to events, walk the red carpet?

BGN: Are you also still acting on Blindspot?

Sheth: Yes, I was doing both at the same time. It really depends on the writer’s next season. It’s back on next year so …

BGN: As an actress of color, what do you think about all the things that are happening–getting better roles, asking for more money, etc.?

Sheth: It’s kind of a great time to be a woman of color. There is, all of a sudden, this amazing camaraderie amongst actresses and we’re sticking up for each other. Hollywood is one place where there has been a backlash to everything politically, almost to the point where it’s “Oh, you don’t want to talk about Mexicans and you don’t want to talk about Middle Easterners.” And suddenly, all these roles are coming out of it. It’s almost as if all these shows are a big F-you to these things that are happening politically and it’s kind of great!

BGN: What’s it like just hanging out on the set of Dietland?

Sheth: It’s a completely new experience for me to be surrounded by all these women. All of our directors are women, so many heads of the departments are women and most of the leads on the show are women, so it was really cool. We were all so supportive of each other and there wasn’t any crazy yelling or screaming or any of that.

BGN: What does the whole theme of the show bring to the audience.

Sheth: The show talks about some serious topics but in a very dark, funny, fantastical way. So, the show doesn’t take it itself too seriously but there are really serious issues that it does talk about. Female beauty standards, the rape culture, they are serious topics. I don’t the show is saying it has the answers. But, I think they just want people to talk about it. If we do that, then we’ve done a good job.

Let’s Catch Up On #Blindspot!

Review: The ‘Blindspot’ Midseason Finale Comes for the Nerdy One