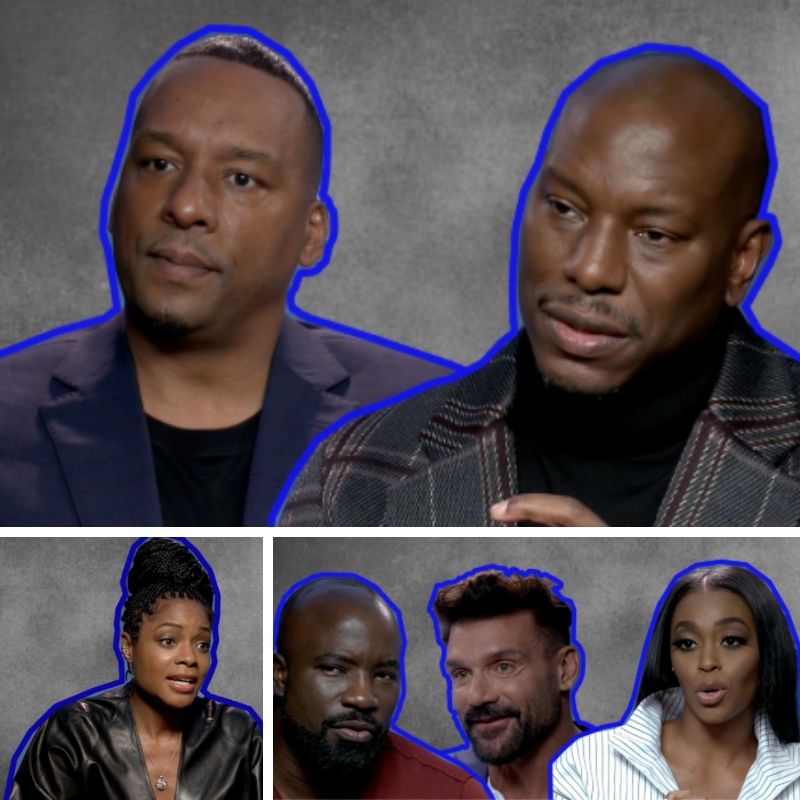 Black and Blue is an action-packed thriller about a rookie cop, Alicia West (Academy Award nominee Naomie Harris), who captures the murder of a young man on her body cam.

After coming to the knowledge that the murder was committed by corrupt cops, she quickly realizes that her life is in danger and turns to the only person who will help her from her old community, Milo “Mouse” Jackson (Tyrese Gibson). Mouse works at a store, minds his own business, and really doesn’t want any problems with police officers, but as the corrupt officers put a hit out on West, he soon realizes that he must quickly transition from a peaceful and chill dude from the neighborhood to a man helping a childhood friend by any means necessary.

Under the direction of Deon Taylor (Meet the Blacks, Traffik, The Intruder), Black And Blue masterfully turns a lens on: how body cameras are making an impact within the police force; the oftentimes very uncomfortable intersection of being Black and meaning well for your community while on the police force; and how police-sanctioned violence is actually a silent destroyer of inner-city communities as well.

In Black and Blue, viewers get to see a strong, Black female lead that is willing to risk it all to expose the real enemies to society. Though the tone of the film is at times gritty, the overall message is inspirational. Additionally, for the first time in cinematic history is a Black female playing a police officer as a lead. BGN recently had the opportunity to speak with Taylor and the cast of this very timely movie.

Taylor and Gibson speak candidly about how telling this type of narrative affects them psychologically as Black men, how police-sanctioned violence is often overlooked, and even how Taylor was in talks with the late social activist, rapper, and businessman Nipsey Hussle to create content around similar topics and themes in this film. Naomie Harris gets transparent about her role as West, how her character depicts the intersection of being Black and “blue,” and the positive representation of a Black female fighting for change from the inside out and more. Lastly, hear from the powerful support cast including the likes of: Mike Colter, Frank Grillo, and Nafessa Williams, who chat about their roles within the film.

Check out the interviews below.

Black and Blue is definitely a must-see and premieres in theaters nationwide on October 25, 2019.