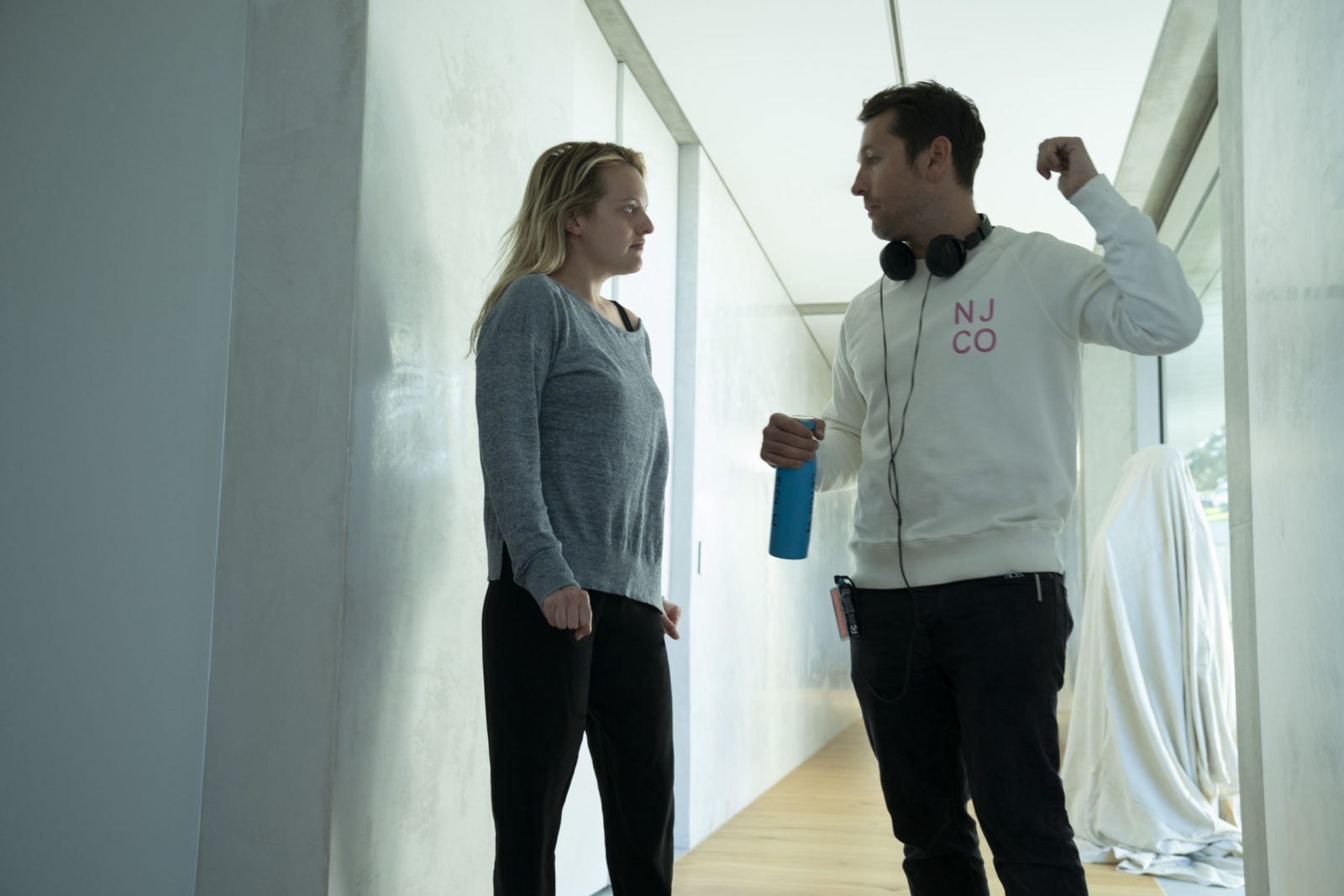 The blood-curdling scream during the last frame of the horror film Saw still sticks with me when I think of actor-director Leigh Whannell.

Whannell took us on a ride that took us upside down when technology goes haywire in his 2018 film Upgrade. The Melbourne native traveled just a short distance to Sydney to film his latest project, The Invisible Man, which premieres in theaters next month. BGN along with a team of journalists were invited to the set visit of the film to chat with the cast and Leigh about the story and development of the movie.

We were all curious to know how this story came about, and Whannell’s specific attachment to the project and he shares an anecdote of how it happened:

“Universal said they wanted to meet with me after they saw Upgrade. I thought that they were going to praise me for an hour about how great Upgrade was. So I ran to that meeting. No one, no one can praise people like a Hollywood studio executive. I was ready. I got there, I sat on the couch, I was like, ‘hit me’. They spend a little bit of time on Upgrade, and then quickly moved on to the dark universe. And I was thinking, why are we talking about these monsters when you haven’t finished with all your praise for Upgrade?

I wasn’t expecting The Invisible Man, I was just walking along and fell into it. And the more I thought about it, the more intrigued I was. So it was really Universal, that brought it up with me and in thinking about what The Invisible Man could be and what the potential of The Invisible Man was, and what we hadn’t seen before and an invisible man movie, I landed on the story, I kind of reverse-engineered the story into that concept, as opposed to a story appearing in your head fully formed.”

As writer, director and executive producer Whannell elaborated that Universal gave him a lot of autonomy with the development of the script including the R-rating which he insisted that it had to be:

“I was a bit reluctant to get on board straight away. I needed my own decision-making process to happen. So I almost kept inventing reasons for Universal to say no. I would say, ‘Well, you know, I’d have to be able to do a standalone story that was its own contained thing and wasn’t part of a shared universe’. And they said, ‘Great’. And then I was like, ‘It would have to be R-rated. And they said, ‘Great’. I started getting more and more emboldened, and they were just so fantastic. They really do just want people to come in and do their own thing.”

Tonally this film will be more serious and have less of the dark humor Whannell explored in Upgrade, he says,“ I feel like each film kind of tells you what it wants to be.”

Which is how he is able to mold this story into how he wants it to be. Whannell describes that although The Invisible Man is a historic and iconic figure in literature and in cinema — once they become iconic enough, you can plug them into anything. He says, “they become really malleable”. He further went on to say that the Universal Pictures monsters go beyond modern icons like Freddy Krueger and Mike Myers. He says, “ the very word Dracula is descriptive and it’s part of our everyday language.”

I asked Whannell myself if he had a hand in the casting at all since Universal gave him so much autonomy over this project.

“I definitely did. I mean, I always want to be hugely involved in that. The lead role was obviously the most important you always start there and work back from there. I’ve been a fan of Elisabeth Moss for so long. I think Mad Men might be my favorite TV show of all time, maybe tied with Game of Thrones. And then also The Handmaid’s Tale, I’m obsessed with that. And so when her name came up, I was just so intrigued and excited about what she could bring to it. She has such emotional honesty, there are certain people who just bring something extra to a horror movie because anyone can scream.

We’ve all seen a lot of horror movies and screaming and being scared is not necessarily that hard. Emotional truth is really hard. I mean, if anyone who saw Toni Collette’s performance in Hereditary knows what a truly emotionally grounded performance can bring to horror. [Elisabeth] is a big horror fan. And she’s never really done something like this. And so she was all in and she’s a really good barometer for what’s emotionally real or what’s hokey. She, she doesn’t want to push it. And then after that, the rest of the cast fell into place, like, Aldis Hodge and Storm Reid, every new person I was like, yes, they’re so amazing. 80% of the work is done when you put great actors in front of the camera.”