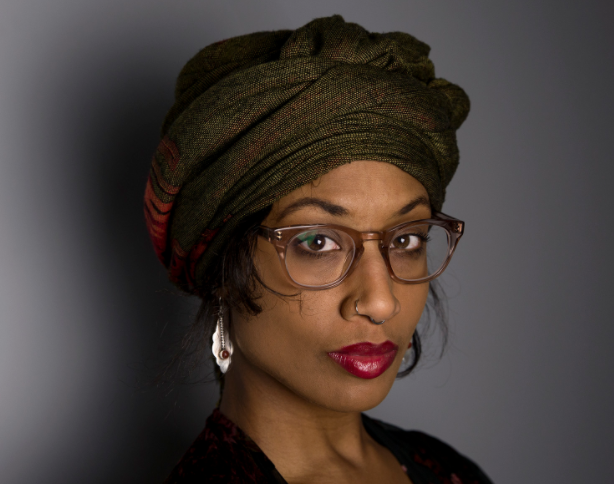 Director Sophia Nahli Allison is the creative force behind Netflix’s A Love Song for Latasha. This powerful recount of the life of 15-year-old Latasha Harlins provides a space for her family, friends, and viewers to remember, reimagine, and release the joys and pains of knowing the real young woman. This film is a must-watch for a chance to see and feel how one small life can change an entire community.

The death of Latasha Harlins served as one of the many catalysts that sparked the LA riots of 1992, leaving a historic impact within the Black community, while altering how African Americans and people of color deal with police brutality, racial profiling, and socioecomonic injustices today. A Lovesong for Latasha allows us the opportunity to see Latasha Harlins for who she is beyond the tragic narrative that search engines, textbooks, and news outlets associate with her name. For the first time in history we meet Latasha, the daughter, friend, sister, cousin, and dreamer. Director Allison had time for a phone interview with BGN in which she answered some questions we had after watching the movie.

Why was it important for you to remember, reimagine, and release the story of Latasha Harlins from the reflective perspectives of her best friend Ty and her cousin Shinese?

It is important to reimagine the archive and decolonize it because for too long our histories and stories have been scattered remnants that do not allow for the expansiveness, brilliance, and revolutionary existence of Black women and girls. Shinese and Ty were both children when Latasha was killed. Ty was 15 and Shinese was 14, you don’t often get to hear that perspective. I wanted healing to come from their memories; I wanted to preserve who she was at that age. When they remember her life, they remember the impact she made on them and the community. This is their story to tell.

From the inception of A Love Song for Latasha up to now, do you feel as if you have honored her memory and brought more positive attention and awareness to her story?

I’m very proud of A Love Song for Latasha. We began the film in 2017, and I never would have imagined how far it would come. But this is just the tip of the iceberg regarding Latasha’s story. There are so many beautiful memories that I didn’t include in the film. There are other family members, friends, and community members who have a story about Latasha. This is just the beginning. I hope it inspires others to reclaim and reimagine histories that have been erased or not properly preserved.

How much have the current day injustices and the killings of unarmed Black people impacted your creative lens?

As a Black queer woman, I’m deeply impacted by the times, but my work does not center on Black trauma. My spirit felt led to Latasha’s story at this point in my life.  There is so much more range and depth to my creative lens that is impacted by the brilliance of blackness, my own experiences, the genius of Black women.

Given the state of America in 2020, with cases like Breonna Taylor and Atatiana Jefferson, do you believe it is the responsibility of the Black creative community to give more agency and support to defend Black women through their  work? To take accountability for our own stories?

I think it is the responsibility of everyone to defend and support Black women. I can’t say what the responsibility is for Black creatives because that will vary. Black folks have always been doing this work, but it is the responsibility of everyone to disrupt and dismantle unjust systems that perpetuate and uphold violent power dynamics. Through our work we should always be intentional. Black queer folks, Black trans folks, Black folks with disabilities, Black women — anyone in the community who has ever been silenced, who has been erased — we must listen, we must uplift these stories.

What was the hardest artistic choice you made in the making of this film, at any stage in production?

This wasn’t a challenge, but everything in the film was intentionally created for this piece. There is no archival footage with the exception of three photographs of Latasha. I wanted to challenge how we rebuild history when there is no tangible evidence. From the beginning we were intentional about not incorporating footage of Latasha’s death. There is a powerful scene where Ty recalls hearing about her being killed. Ty is such a strong storyteller, I almost didn’t want any visuals. But we worked with such an amazing Black woman animator, Adebukola Bodunrin, who guided us through how we could reimagine this part of the film.

What is the overall message you hoped viewers walked away with?

Black women hold the key to life. We must be the ones telling our stories. We hold the power to reimagine, reclaim, and heal our history and build our future. For too long others have told our stories, and they got it wrong. Now is the time that we correct these archival wrongs and allow our glory to fly beyond the galaxies.

A Love Song for Latasha is currently streaming on Netflix.

Sophia Nahli Allison: Honoring Our Ancestors and Ourselves

‘A Love Song For Latasha’ is a Timely Documentary