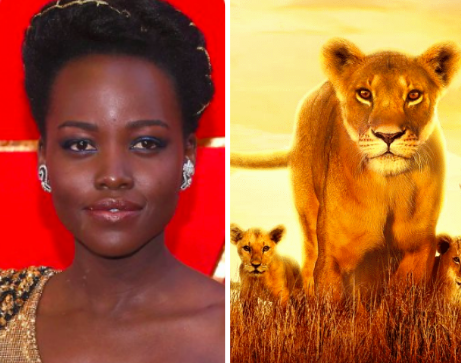 We cannot get enough of Lupita Nyong’o and on Sunday, August 18th the Oscar-winner will narrate the third episode of the Discovery series Serengeti.

The Serengeti families eagerly wait for the annual Great Migration as the land gets hotter and hunger strikes.  Kali entrusts her cubs with a new babysitter, Sefu. A family of wild dogs moves in and their leader, Jasari, discovers the difficulties of finding food for many. Shani, a female zebra leading her family on the migration, gives birth to a foal before they reach a river– but will the newborn be able to cross the treacherous waters?

The following before are new clips from the series. One is Lions vs. Wild Dogs | Serengeti 103 and the other is The Story of Serengeti – Part 1 – featuring Lupita narrating clip of Kali and Sefu.