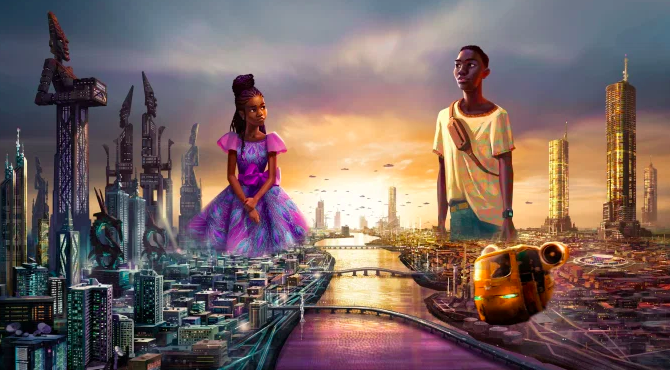 In partnership with Kugali Entertainment, Disney is launching the comic book series Iwájú in 2022.

According to Deadline, Iwájú comes from a partnership between pan-African entertainment company Kugali and Disney. It will launch on streaming service Disney+ in 2022.

Walt Disney Animation Studios’ chief creative officer said that the show is set in Lagos and steeped in science-fiction and explores “deep themes of class, innocence and challenging the status quo”.

But the way that it reached Disney is probably the most interesting aspect. Lee said she saw an article, from the BBC, that highlighted the pan-African comic book hoping to “kick Disney’s arse”.

“I was intrigued,” she said. “Here was three talented comic book artists. Their dream was to bring African stories created by an African artist to the world, highlighting the diversity of cultures, histories, and voices across the continent. Their talents as storytellers blew us away. I’m proud to announce the first of its kind collaboration to bring original long for series to Disney+.”