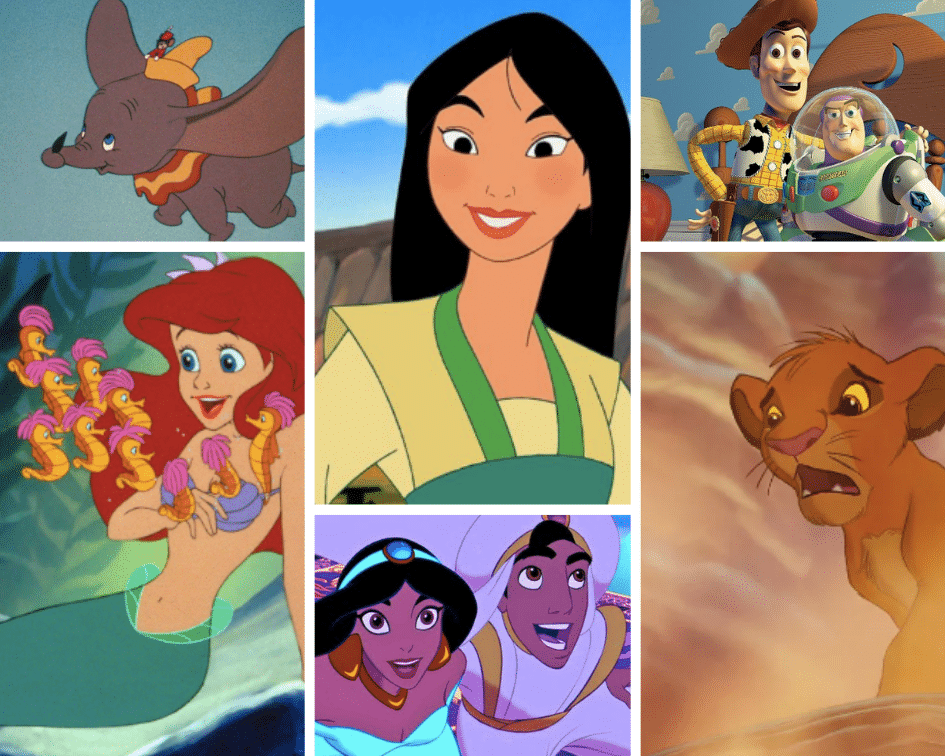 Disney wants a quick and easy cash grab, and the media giant is using the powerful tool of nostalgia to do it.

Everyone has something in their closet they bought after a bottle of wine led them online. Your bank statement the morning after sends you into a sudden panic and you’re left wondering how you’ll ever make it out of the mess you created. Those sentiments are felt around the world every other day, but something tells me this was a big mood for Disney after they dropped over $70 billion for that whole Fox merger in March 2019 because so far it hasn’t panned out too well with movies bombing left and right and fewer Emmy nominations for the FX Network this year than last. Something isn’t clicking with their new Fox entities, and that seems to have affected how they treat their own content. We’re talking about the lackluster live-action remakes and the way they’re possibly utilizing nostalgia to recoup all those billions.

It wasn’t always dismal. When people first caught wind of Disney possibly getting the rights to all Fox has, there was some pitter-patter of excitement, especially from the Marvel fandom. Their hopes of seeing X-Men alongside the likes of characters Thor, Spider-Man, and even the ragtag crew from Guardians of the Galaxy made them gush where they stood. Then Dark Phoenix came out and well, yeah. According to Variety, the 20th Century Fox produced, Disney distributed film Dark Phoenix — cost some $200 million to produce (that doesn’t include marketing) but only took in $250 million worldwide. While produced by Fox, it now falls under the Disney umbrella and Disney hasn’t been able to figure out how to market their new content. So while Avengers: Endgame was da bomb with over $2 billion in box office sales, Dark Phoenix was just a bomb. 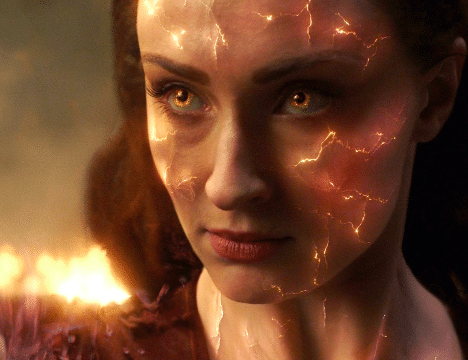 It’s not just superheroes though, Stuber, another Fox studio production that Disney distributed starring Kumail Nanjiani and Dave Bautista also failed to do anything impressive with a mid-summer release. Then there’s the TV side of the Disney/Fox merger. Last year the FX Network (formerly Fox, now Disney’s) garnered an impressive 50 Emmy nominations thanks to the hit series Atlanta and The Americans. This year only 32 nominations came their way because The Americans is over and done, Donald Glover is busy AF, and American Horror Story hasn’t made much of an impact in recent years. Although fans are still rabid for it, it’s not the critical darling it once was.

The head honchos at Disney may be regretting writing that $71.3 billion dollar check, or perhaps they’re not even sweating it because they know that even if a few of their new projects fail here and there with this merger, they can always rely on owning the rights to Marvel,the Star Wars franchise, and banking on their own Disney vault. So far in 2019, five out of the top 10 grossing films are Marvel, Pixar, and Disney; Avengers: Endgame, Captain Marvel, Toy Story 4, Aladdin, and Spider-Man: Far From Home. And just think, we still have The Lion King and Frozen 2 waiting in the wings. Both of which are going to slay at the box office, no problem. That’s despite The Lion King being panned by critics. 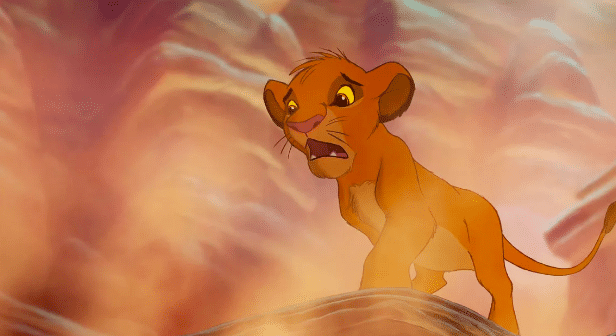 The Lion King is without a doubt one of Disney’s finest animated films, hands down. From the emotional toll of the story to the vibrant characters to the classic soundtrack, it doesn’t get much better. So when they announced a live-action (CGI) version there were skeptics but some were hopeful as Jon Favreau was at the helm. He did such an amazing job with The Jungle Book, could he do it again with Simba and Co? Critics are saying meh. According to film critic Chris Stuckmann, all they did was take the same story and animate it differently. Others have said it’s soulless. That’s unlike The Jungle Book in which the story was brought to life in a whole new way. Despite the impeccable CGI, many have said this new Lion King lacks the heart of the original. I mean, did you see the “Hakuna Matata” scene? Yikes…

Even with all that said, people are still buying tickets and it’s on track to make almost $200 million opening weekend. Why? Because Disney knows what sells for them right now — nostalgia. It’s been 25 years since the original came out and all those people who watched it then are now adults with their own children, bank accounts, and love of the past. If nostalgia wasn’t Disney’s intent, then why are most of the merchandise featuring 90s nostalgia from films like The Lion King and Aladdin? There’s also the now-forgettable Dumbo live-action adaptation currently sitting at 46% rotten on the movie critic aggregate site Rotten Tomatoes.

Walk into the Disney Store, Hot Topic, or even Target and you’ll see Simba, our beloved ‘90s animated version and not the realistic nature documentary-looking one from 2019. The same goes for Aladdin. Target had Genie’s lamp on the tag was the blue-faced, lovable genie Robin Williams voiced and not the hip-hopping, wish-granting Will Smith. If Disney cared at all about making these remakes their own entities they wouldn’t pimp merchandise that looks similar to the kind 30-somethings had when they were growing up. It’s not only the live-action remakes that are pushing old merch either.

The Toy Story franchise ended on such a high note that a fourth installment wasn’t necessary but hell, it worked and in the end we got Forky. A millennial icon in his own right, that homemade toy owned the movie. So you’d think fans could get their hands on a Forky, or even a Ducky and Bunny? While they have their own Funko Pops (who doesn’t nowadays), it seems as if Disney/Pixar just repurposed toys from their previous releases.

Target had a Toy Story 4 Barbie on their shelves even though that character wasn’t part of this new chapter at all. There are even games that seem to showcase the key characters we’ve known since day one but opt-out of having Forky and the carnival plushies on the packaging. Now again, that’s not to say there aren’t Forky, Ducky, and Bunny toys out there. It just seems as if Disney made a few and then tossed some older toys in new boxes and said, DONE. Knowing very well that fans of Toy Story wouldn’t blink twice because of their old school love of Woody and the gang.

Disney has sat on the top of the animation mountain since 1937 when Snow White rolled up on those seven dwarves. Since then they’ve released countless movies that have gone on to not only to win Oscars but to burrow themselves into the lives of fans around the world. We all have a favorite princess, prince, sidekick, song, and overall movie but it seems like somewhere along the way, Disney sort of took a few steps back from creating magic and decided to go for the green instead of the gold by relying on lackluster remakes of fan favorites to push old merchandise from the superior versions, as well as old merch for already established franchises to ensure they still had cash flowing in when their other investments failed to perform well enough. 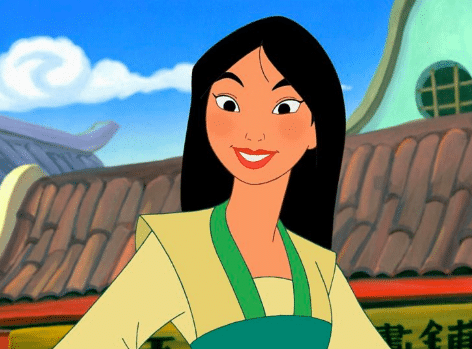 Even looking ahead, Disney seems to have plans to ride that nostalgic cash train even further with a stop in Diversity Town with live-action remakes of Mulan and The Little Mermaid. With a rightfully all Asian cast, Disney seems to have something up their sleeve with releasing Mulan in 2020. Could they be hoping for a big payout as movies with largely Asian casts have been killing it lately? 2018’s Crazy Rich Asians pulled in $238.5 million in the US alone, while this year’s The Farewell broke Avengers: Endgame’s record for best per-screen-average. Say what? 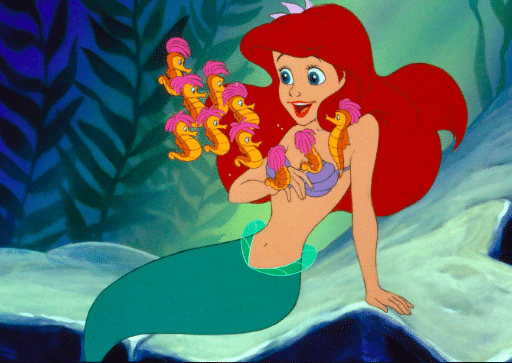 Then there’s The Little Mermaid. Disney rarely strays away from the race of a classic main character in their live-action remakes. Although the cast of Beauty and the Beast had British accents in a movie set in France, nonetheless they were all white folks. So when they announced Halle Bailey would take on the role of Ariel, it did seem a little odd at first. Is this a sign of Disney becoming woke? In their 82 years only ONE animated Disney Princess was Black and even that, she was a frog for a majority of the movie.

Some would argue yes, Disney has realized the error of their ways. Others would say no. They saw how many Black people flocked to Wakanda, so they’re hoping to get them under the sea and in those movie seats to see a legit Black Princess on the big screen. Only time will tell though if the cash grab for that always nostalgic merchandise falls in line with what they’ve done recently with The Lion King and Aladdin. They can’t very well release a movie starring Halle Bailey and then sell us a red-headed white girl on a tee, or can they?