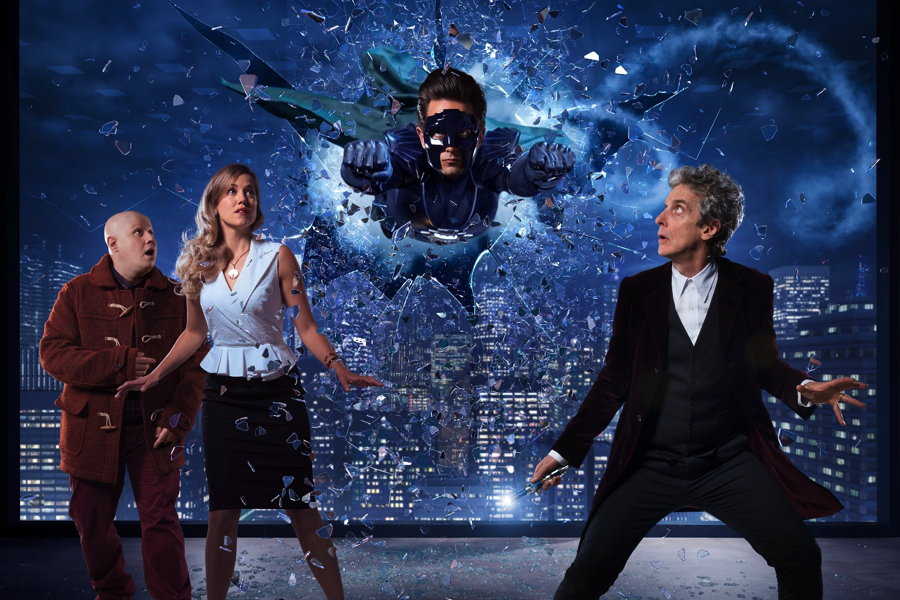 The episode begins much like you would expect a comic book movie to begin, the bright image of a silver-aged comic followed by a panning shot of a city at night, a steamy manhole cover, a pizza place and a rusty fire escape. It’s New York City. Where else would a random superhero story take place?

Our main character, Grant, is dreaming of when he first met the Doctor. Twas the night before Christmas and he woke up to find a strange old man in red velvet swinging outside of his 60th floor window. Grant invited him in and offered him milk and cookies after he’d asked his parents, of course. He’s expected, they’d said.

I’m not sure what kind of parents Grant has, but I can’t imagine many NYC parents telling their kids it’s okay to let some random guy into their child’s bedroom. I don’t care if they thought it was fake or not. It’s NYC, anything can happen.

Grant’s pjs and his room show his love of comic books. One of my favorite parts of this episode is when the Doctor tells Grant, in all seriousness, that Superman and Clark Kent are the same person, as if he’s imparting some piece of amazing and unknown piece of  knowledge. Grant gives the Doctor exactly the kind of look you would expect if someone said something so obvious. Grant leads the Doctor back to roof where the Doctor has cobbled together some kind of device. Grant remains unimpressed. He calls him Doctor Mysterio because ‘the Doctor’ is not distinct enough.

Due to a misunderstanding, Grant ends up swallowing the gemstone meant to power the device. The gem gives him what it thinks he desires the most. Now what does an 8 year old obsessed with comics want most in the world? Superpowers! And Grant soon reveals that when he starts levitating. Before the Doctor pulls his usual disappearing act, he makes Grant promise not to use his superpowers.

Fast forward to the present, the Doctor is investigating a multinational company called Harmony Shoals. He is accompanied by Nardole, formerly the head on top of Hydroflax’s cyborg body in The Husbands of River Song. During the course of this investigation, he meets Lucy Fletcher, a journalist also investigating the company. Harmony Shoals, apparently, is very suspicious. They discover the company is a front for the Shoal of the Winter Harmony, an alien race of disembodied brains who have been implanting themselves in humans. (The Shoal were one of the bad guys in the Husbands of River Song).

Dr. Sims, an employee who has been taken over by the Shoal, abducts the Doctor, Nardole, and Lucy and threatens to kill them. That’s when things get strange, or I guess stranger. They hear a knocking outside the the 100th floor window. They all turn to see The Ghost, a superhero who quickly breaks the nuclear bomb proof glass and takes down Dr. Sims. He then offers to fly Lucy home.

The Doctor immediately guesses the mysterious superhero is Grant and tracks the gemstone to Grant’s apartment. Or I should say Lucy’s apartment, where Grant works as the nanny for her daughter. Lucy also turns out to be a girl he had a crush on in middle school. She married Grant’s friend after high school who then left her after she got pregnant. That’s when Grant agreed to take care of the baby so she could continue working. Grant seems like a genuinely nice guy and not in the creepy way. This is the kind of romance plot I eat up. Please give me all the pining.

The Doctor thanks the universe that there is someone worse at relationships than him. While Grant zooms off to save people from a burning building, the Doctor is interrogated by Lucy in a strange but hilarious way. I loved how they managed to show how good of an investigative reporter she is in a relatively short scene. He tells her about the Shoal and their plan to ‘extract and replace the brains of key authority figures from around the world and prepare the Earth for colonization.’ She quickly realizes the Doctor knows the true identity of the Ghosts and tries to get him to tell her. In an effort to prevent him from spilling the beans, Grants calls Lucy as the Ghost and sets up a meeting. This meeting ends up being an intimate rooftop dinner.

Meanwhile, the Doctor delves deeper into the Shoal’s plan to invade the Earth. They’re going to crash their ship into NYC, causing global panic. The world leaders will seek refuge in the safest place possible – the Harmony Shoals building, which was built to survive such an attack. The Shoal will then take over their bodies and thus the planet. Dr. Sims says the time isn’t right for their attack yet, presumably because the Ghost is still flying around the city saving people, so of course the Doctor decides to crash the ship. His plan to stop the ship from actually crashing into the Earth doesn’t quite work so he pins his hope on Grant being able to stop it.

In the way that the Husbands of River Song was a vehicle to explore the Doctor’s relationship with River and give them some closure, this episode is more about the relationship between Grant and Lucy. The aliens, the mystery, the world ending circumstances all serve to get them together. This episode was a love story and I enjoyed it for that. The action culminates into two moments on the roof. The first is when Lucy realizes how much she cares for Grant during her date/meeting with the superhero she has been chasing. The second is when the Shoal’s ship crashes into the city and Grant, out of costume, catches the ship with one hand, revealing himself to Lucy. Lucy tells him that she prefers him in his superhero costume, then she places his glasses on his face. In a year of big budget superhero movies filled with long action scenes and brooding heroes, it was refreshing to see a light-hearted story about a full-time nanny and part-time superhero pining for his employer while saving the people of NYC, a long range baby monitor hooked to his suit.

Our last episode of Doctor Who was The Husbands of River Song, last’s year’s Christmas special. Yes, it’s been that long. Perhaps that’s why, The Return of Doctor Mysterio feels so much like a sequel to that episode. At the end of The Husbands of River Song, the Doctor takes River to a restaurant overlooking the Singing Towers of Darillium. They both know it’s their last night together. Standing on that beautiful balcony, she asks him how long a night lasts on Darillium. 24 years, he replies with small smile. And it was 24 years between the last time the Doctor checked in on young Grant and when he found him again as an adult. He still carries that sadness from losing River with him and it was evident throughout the episode. Now that the Doctor is back, Grant can hang up the cape. I’ll leave you with the Doctor’s parting words, similar to a speech he gave River but so much more hopeful:

“Everything ends and it’s always sad. But everything begins again too, and that’s always happy. Be happy. I’ll look after everything else.”

See you all next season! 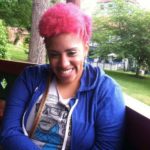