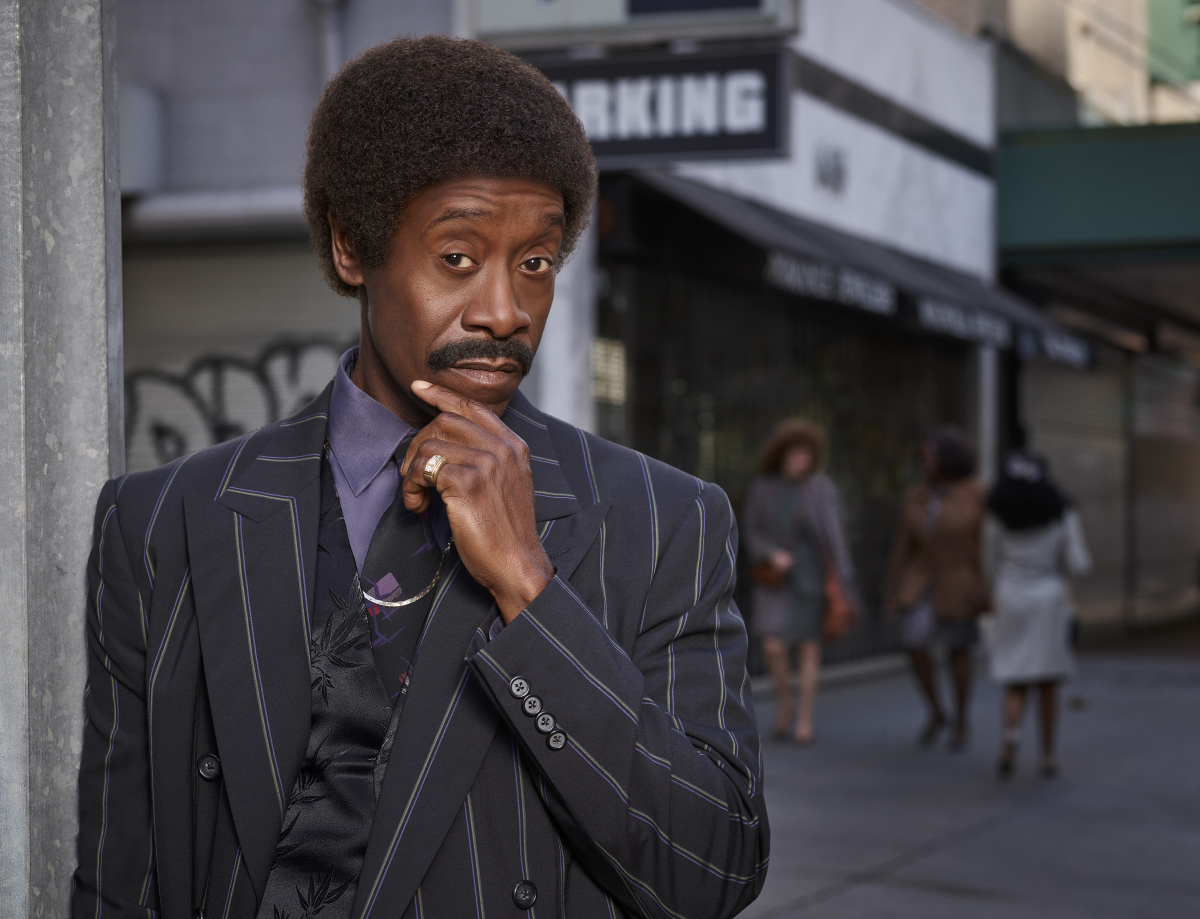 And not just any Black reporters. He wants to chew the fat with the ones from the Black outlets that too often get passed by on red carpets during award show season – and throughout the year, really. You know the ones from the Rosa Parks section or the Negro section, as it has been so bitingly dubbed.

But the Oscar-nominated actor isn’t talking to Black Girl Nerds and other African-American websites because it’s a hot-button issue he can rally behind. He’s doing so because he wants to promote his new Showtime comedy Black Monday to the outlets and journalists with whom he’s always felt the strongest connection.

“It’s just always intentional to me,” Cheadle, 54, said. “I’m always trying to make sure that we always talk for sure. And I know that those spots are highly vaunted and people get frozen out. There’s not a strong emphasis put on it because they’re looking for eyes and those publications don’t have that many subscribers or page views. But it’s like, ‘Yeah, because those outlets are not getting the access.’ If the support was there all the time, it would be different. You always have to expend the effort to do that.”

Getting access is a big theme on Black Monday. In case you haven’t watched it yet, and you should, the dramatic comedy takes a satirical look at Wall Street in the go-go ‘80s, one year before the cataclysmic crash of 1987.

Cheadle, who is also one of the executive producers, stars as Maurice “Mo” Monroe, the over-the-top owner of a brokerage firm where trading barbs and insults are just as important as trading stocks. Regina Hall (Girls Trip) plays Dawn, a no-nonsense trader in her own right who fights against racism and sexism in clever and cunning ways, and Andrew Rannells (A Simple Favor) costars as Blair. He starts off as Mo’s unsuspecting mark but might be smarter than everyone thinks.

But it all comes back to Cheadle, who is clearly reveling in his role as Mo, a man who manipulates while snorting cocaine and telling lies. (The “cocaine” everyone snorts on the show, by the way, is actually vitamin B-12.) And because Cheadle is having fun, the performance is that much more fun to watch. For instance, the visor Mo uses when spraying Afro Sheen on his ‘fro, was all Cheadle’s idea. “It came from sitting in a hair chair and having someone do that so you don’t mess up your makeup,” he said. “And I thought, ‘You know, Mo should have that.’ He’d have all kind of accouterments like that.”

Although Mo is a little reminiscent of Cheadle’s character Marty from House of Lies, Mo is a lot more debauched. Like Marty, he’s an interloper forcing his way into a world designed to work against him.

“I think that Marty would not like Mo,” Cheadle said of his two TV characters. “He wouldn’t have liked the things about himself that he saw in him, I don’t think. And he also wouldn’t like that this dude has no self-governing switch. He has no net.

“Marty was much more calculating and much more of an intellect than Mo is,” he added. “Mo is just swinging for the fences. He feels like that’s how he got there. When we see Marty, he’s at a point where maybe there aren’t as many Black men in his position and maybe he’s still somewhat on the outside looking in. But Mo is a complete outsider. He was never supposed to be where he is. And I think he’s got a much bigger chip and he goes for it much harder and his crash and burn potential is much higher.”

Cheadle also knows that some viewers will find it hard to root for a guy like Mo.

“I just hope that people want to look at it like you would watch an experiment in a biodome. Or under a microscope in a petri dish like, ‘Look at that thing move around. What is that thing?’ It’s fine to look at Mo like that.”

Examining Mo’s oddities is part of the ride because he is a fictional character based on several real-life Wall Street types.

“He’s an amalgam and not one particular gentleman,” Cheadle said. “But it’s amazing. I was at Robert Glasper’s concert the other night and a Black woman comes up to me backstage and she goes, ‘My mother and father were both traders on Wall Street in the early 80s.’ She was convinced that that’s where we got it because her dad was the only one.”

“I told her, ‘I need your name because we’re going to need you as a technical advisor.’ The stories that she told us were insane. She said when she was a little girl, she used to find all of these little straws in her house and she’d build little buildings with them and little animal sets. She didn’t realize until later what they were. It was just wild.”

The straws were for cocaine use, unfortunately.

“She said, ‘One day my dad went down to the trading floor in drag because he was coked out of his f*cking mind. He just wanted to go down to the trading floor and trade in drag.’ It was that was that kind of stuff where everything was over the top and all excess,” Cheadle added. “A close friend of mine, who was a trader during that time, was hugely overweight and he pushed everything. And he’s not typically that way but a lot of guys at that time were about excess. Excess. Me. Me. Me. Crush your competition. That was their sport.”

Through comedy, Cheadle and his merry band of Black Monday misfits deftly mock the excess of that era while subtly revealing how not so much has changed. Switch Wall Street types for modern Silicon Valley types and the modus operandi still applies.

While Cheadle will happily deconstruct the show with you and all its parallels in Trump’s America, he is a busy man with a lot on the horizon. This week, he’s hosting Saturday Night Live for the first time and he’s sharpening his improvisational skills.

“It may be weird, but if you were to look over all the stuff I’ve done, talk shows, Funny or Die, just all of my shows and improv and stuff like that, I feel like I’m ready,” Cheadle said. “Yeah, I can’t wait.”

And neither can we.