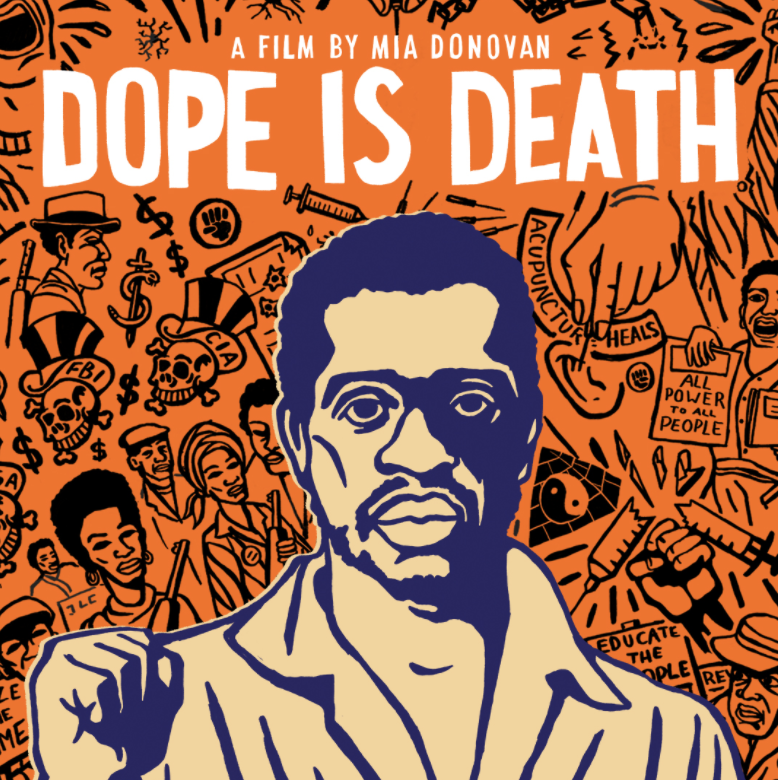 A compelling and informative documentary has recently emerged showcasing the travesties and impact of the 1970s. Director Mia Donovan’s groundbreaking work titled Dope Is Death, firmly looks into the 1970s groups of community activism in New York. The group includes none other than the currently imprisoned stepfather of Tupac Shakur.

In the ’70s, there was a need for detox centers. This gap in the medical industry was filled by Dr. Mutulu Shakur and his Black Panther partners along with the Young Lords, who created the first detox center in North America. The documentary series explores the political, social, and medical spheres in the New York communities that changed the lives of many who sought help.

Dope Is Death centers around a clinic in the Bronx called the Lincoln Detox Clinic. The center used a treatment that was revolutionary for the location and time. Lincoln Detox Clinic focused on two things: it specialized in political education and healing treatments (acupuncture). Many of those who were treated had become activists in their community. The acupuncture used a five-point ear therapy that treated anxiety, stress, addiction, and trauma. A powerful message of the documentary is that a few workers at the Lincoln Detox Clinic were at one point in their lives addicted to heroin but are now helping others who suffer from a similar addiction.

In the documentary, the individuals who are interviewed help to round out the world with tidbits of information as to the social conditions that were rampant at the time. Some of the major characters who were involved in the Lincoln Detox Clinic who also happen to be political activists are interviewed. A few of the persons in the documentary are Dr. Mutulu Shakur, Maliki Shakur Latine (Black Panther Party, Bronx Chapter), Cleo Silvers (Black Panther Party and Lincoln Hospital mental health worker), Felipe Luciano (the Young Lords and the Last Poets), and Pedro Pietri (co-founder of the Nuyorican Movement). The documentary makes note of those that did not want to be political, but only wanted to heal. These are only a few of the many speaking heads that are interviewed or have some video recordings of them conveying their experiences.

The story begins with Juan Cortez starting off his day and the camera zooming and panning inside the Community Acupuncture Walk-In Clinic New York Harm Reduction Educators, Harlem (NYHRE). The people being interviewed discuss the number of years they have been treated, and Cortez is soon asked where this all started. He was surprised to learn the truth behind the clinic. The explanation as to how acupuncture actually started in the Bronx was brought on by the Black Panthers and the Young Lords.

Walter Bosque (the Young Lords and acupuncturist) in an interview discusses how heroin became an epidemic. He states, “It was because of the situation and our environment that exposed them to it. You could buy heroin for three dollars and it soon got out of control.” With each new interview and video recording, a new understanding of what was occurring became a full-frontal exploration of how Black and Brown people were treated, and what many of them did in order to save the communities they cared for.

For those who are unfamiliar with the Young Lords, they are a predominantly Puerto Rican group. This group came from the growth and popularity of the Black Panthers. Many wanted a group that helped the Brown community as much as they could. Luciano had already met with the co-founder of the Black Panther Movement, Bobby Seale (Robert George Seale), and James Forman, who was a prominent African American leader in the civil rights movement. In his discussion with Bobby Seale, Luciano told him he wanted to organize the counterpart to the Black Panthers called the “Brown Tigers.” He was encouraged instead to “find another name and try to apply socialism to the work conditions of your country, and don’t try to do what we do.” Felipe Luciano mobilized the Young Lords by seeking out the needs of the people. If there is a political campaign that is needed, they act on it. Once they have isolated the needs of those in their community, they ideally get them what they need.

Dope Is Death is similar to many other fantastic documentaries that have come out. It synthesizes the conditions that the Black and Brown communities were under and what many have thought to do to better the lives of those that will come after them. It attempts to take an objective viewpoint that does not feel so one-sided. That might be because director Mia Donovan’s previous works, like Inside Lara Roxx and Deprogrammed, have a certain flair that brings out more objectivism than perhaps intended. Nonetheless, the film does a terrific job at explaining the ins and outs of what happened to the center with their finances, their political agenda, and their communities, in less than an hour and thirty minutes.

The documentary offers a whole world of information that is not readily available in many standard school curriculums. In many ways, this documentary reminds us of how far we have come but how much more work we have to do. This is a must-watch for anyone who is either a part of these communities or just wants to gain a deeper understanding of a history that isn’t discussed enough. The information in this documentary is wonderful and should be watched by everyone who has a thirst for knowledge.