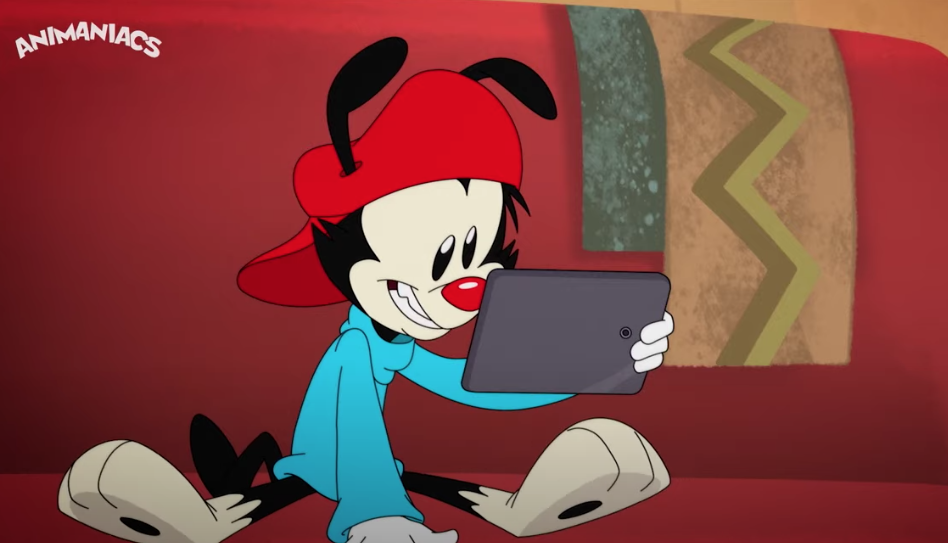 The company also announced a series order for the new Hulu Original comedy series This Fool, inspired by the life of up-and-coming comedian Chris Estrada, in which he will also write, star and executive produce. Additionally, the highly successful Hulu Originals true-crime collection expands with two new titles announced today—documentary Dead Asleep from award-winning director Skye Borgman and Captive Audience, a docuseries which explores the evolution of true-crime storytelling through the lens of one family’s journey.

“Breaking out new and distinct voices continues to be a hallmark of Hulu Original programming, and we are incredibly excited to add Chris Estrada to our roster of multihyphenate creators and to bring ‘This Fool’ to our viewers,” said Craig Erwich, president Hulu Originals and ABC Entertainment.

Adding, “Looking ahead, we could not be more proud of the lineup of event series coming to Hulu through the end of the year and beyond. Led by the debut of ‘Nine Perfect Strangers’ from the brilliant David E. Kelly and a truly all-star cast, and ‘Only Murders in the Building,’ which marks a return to television for Selena Gomez and two comedic giants—Steve Martin and Martin Short—as well as the incredibly timely ‘Dopesick,’ the return of acclaimed comedy series ‘The Great,’ and a rapidly expanding slate of conversation-worthy unscripted series and documentaries, Hulu viewers will have access to many of the best shows coming to television this fall.”

This Fool centers on Julio Lopez, a self-described “punk-ass bitch” who still lives at home and goes out of his way to help everyone but himself. Inspired by the life and stand-up comedy of star and co-creator Chris Estrada, this cinematic half-hour comedy explores Julio’s work at a gang-rehabilitation non-profit and his quest to overcome his codependency issues with his family as he navigates working-class life in South Central Los Angeles.

In a ground-breaking new spin on the true-crime genre, the documentary film “Dead Asleep,” produced in association with Sky Crime, flips the traditional thriller narrative to explore a deeper and more troubling mystery: Did a remorseful Randy Herman Jr. really commit a brutal murder in his sleep, or was it a convenient cover story? Pulse Films has secured exclusive access to Herman and his family, the defense and prosecution attorneys, journalists who covered the case, forensic psychiatrists and world experts in violent parasomnia (sleep-walking) to give viewers an inside look at the shocking twists and turns of the controversial crime.

A Pulse Films production, Dead Asleep is directed by award-winner Skye Borgman, who is also behind the critically acclaimed documentary “Abducted In Plain Sight” and recently worked with Pulse Films on their Oxygen special “The Case Died With Her.” For Pulse Films, executive producers include Marisa Clifford, Nelesh Dhand and Sunshine Jackson. For Sky U.K., Jack Oliver and Poppy Dixon will also serve as executive producers.

In 1972, 7-year-old Steven Stayner mysteriously vanished on his way home from school. Nearly a decade later, his dramatic return to his family sparked ‘80s-era “stranger danger” warnings, legal reforms and one iconic Made-For-TV-Movie2, in which the family’s ordeal was transformed into a prime-time miniseries watched by 70 million Americans. When the credits rolled and the movie ended, it closed one tragic chapter of the family’s life but opened another.

This limited documentary series explores the evolution of true-crime storytelling through the lens of one family’s 50-year journey and two brothers; one deemed a villain and the other a hero. It’s about how truth becomes story and story becomes truth—on TV, in the justice system and in our minds.

From executive producer Danny Strong and starring and executive produced by Michael Keaton, “Dopesick”examines how one company triggered the worst drug epidemic in American history. The series takes viewers to the epicenter of America’s struggle with opioid addiction, from the boardrooms of Big Pharma to a distressed Virginia mining community to the hallways of the DEA. Defying all the odds, heroes will emerge in an intense and thrilling ride to take down the craven corporate forces behind this national crisis and their allies. The limited series is inspired by the New York Times bestselling book by Beth Macy.

In season two of “The Great,” Catherine finally takes the Russian throne for her own—but if she thought coup-ing her husband was difficult, it’s nothing compared to the realities of liberating a country that doesn’t want to be. She’ll battle her court, her team, even her own mother (played by guest star Gillian Anderson) in a bid to bring the Enlightenment to Russia. Meanwhile, she’ll also battle her heart as Peter slowly transitions from a much-hated husband to a prisoner? Ally? Lover? Ultimately, Catherine will learn that to change a country, you must let it change you, that there is a fine line between idealism and delusion, and that becoming “Great” will ask more of her than she could have imagined.

Yakko, Wakko and Dot return for an all-new season of this iconic, family-friendly series with something for everyone: pop culture parodies, musical showstoppers, takedowns of historical baddies and even some important safety tips. Join the Warners and Pinky and the Brain as they wreak havoc everywhere they go, from the Warner Bros. lot to an international beauty pageant, even all the way into outer space. Keep an eye out for season one favorites Starbox and Cindy, as well as some rejected Animaniacs characters that were left on the cutting room floor.

Passionate amateur bakers will go head-to-head with seasoned professionals in each episode of Baker’s Dozen. Join hosts Tamera Mowry-Housley (Emmy-award winning host of The Real, FOX’s The Masked Singer and Hallmark’s Christmas Comes Twice) and Bill Yosses (author and former White House Pastry Chef) for this fast-paced competition series that will determine the best baker of all! Which of the 13 bakers has what it takes to create the next viral baking sensation, win the golden rolling pin and take home the cash prize?

The Next Thing You Eat – Series Premiere, Thursday, Oct. 21

From chef David Chang and Academy Award-winning documentary filmmaker Morgan Neville, The Next Thing You Eat is a six-episode docuseries that explores the seismic changes happening all around us and what they mean for the way we’ll eat in the future. Chang and a diverse cast of characters dive headfirst into what lies ahead, including everything from robots, to lab-grown fish, to insect farms, to artificial intelligence calling all the shots.

Executive produced by the creators of the Emmy®-nominated Ugly Delicious, with showrunner Dominic Musacchio

In Taste the Nation, award-winning host, executive producer and cookbook author Padma Lakshmi, who recently received her third Emmy nomination, takes audiences on a journey across America, exploring the rich and diverse food culture of various immigrant groups and seeking out the people who have so heavily shaped what American food is today. From indigenous communities to recent immigrant arrivals, Padma breaks bread with Americans across the nation to uncover the roots and relationship between our food, our humanity and our history—ultimately revealing stories that challenge notions of identity, belonging, and what it means to be American.

Taste the Nation returns this fall for a special four-part Holiday Edition, where each episode will highlight unique traditions through the lens of different immigrant cultures and cities, like Korean New Year in Los Angeles and Cuban Christmas in Miami.