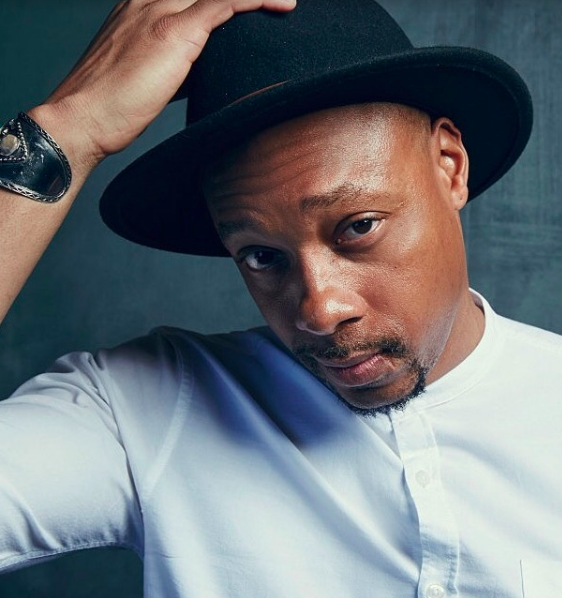 Dorian Missick lights up when he talks about how art both mirrors and influences real life.

Missick balances this duality of art while playing Jamal Bishop in ABC’s dramatic series For Life. The suspenseful show is loosely based on the true-life story of Isaac Wright Jr. Wright is being portrayed as Aaron Wallace, a character played by Nicholas Pinnock.

We are introduced to Wallace as he uses a loophole to become a lawyer while still incarcerated. Bishop is Wallace’s friend, confidant, and protector on the inside. Bishop often risks the dangers of prison politics to help his comrade represent their peers in cases that upset the balance of power both inside and outside the jail.

The struggle of prison life takes its toll on both men. However, Wallace and Bishop forge a trusting friendship despite forces that try to pit them against one another. Wallace eventually proves his innocence, leaving the courts with no choice but to overturn his wrongful conviction. However, the bond these men share endures. Wallace does not leave Bishop without hope for his own release. He continues to fight for Bishop while navigating the highs of his newfound freedom and the lows of his rocky reunion with his family.

BGN spoke with Dorian Missick via Zoom about his first role, playing characters on both sides of criminal justice, and enjoying how art can influence difficult conversations without making them uncomfortable.

If you can think back to your first role, what was it and can you give me one word that would describe your evolution from then to now?

My first role was a Coca Cola commercial when I was 12 years old. One word to describe my evolution since then? Evolution is a great description, not to steal your word. [Laughs.]

In TNT’s Southland, you acted opposite Regina King as a police officer. In For Life, you’re playing an inmate. What has it been like to portray both sides of that coin, and what did you do to prepare for this role?

To prepare to play a cop I had to do way more research than the other side. Though I’ve never been an inmate, a lot of people around me have been, so I was kind of familiar with that world;  not that I didn’t have to do research on the character. The cop thing, though; I didn’t know any cops at that point in my life. I’ve made friends with cops since being on that show. So that was a lot of research. That was cool because I had a certain attitude and certain opinions about the cops. Our relationship in the Black community with the police force has not always been the best, so it was great. It was a good opportunity for me to learn a different side of the coin.

The writers of For Life weave narratives straight from headlines into the storylines of the show. They’ve addressed the pandemic and paralleled cases of police brutality that we’ve seen in the news. How has working on the show helped or hindered you in dealing with those issues personally?

I think the beautiful thing about art is that we can push conversations forward and bring things to light in a way that doesn’t seem preachy, but it puts it in people’s minds. In that way, it’s been really good because I haven’t had a lot of conversations with people about the political ramifications and my opinions about how things have been handled in terms of this pandemic. So to be able to deal with it and have that conversation with certain people as a result of us being able to tackle that issue on the show, it’s been refreshing. It’s kind of like a conversation starter in a way that doesn’t seem combative, so it’s been great.

What other projects do you have upcoming in the next year?

That’s a very good question. [Laughs.] I’ve got a project, a miniseries, that I’m producing and planning to star in, but that’s in the very early stages. That’s been my focus outside of For Life right now.

Curtis Jackson, aka 50 Cent, is one of the executive producers who deemed this story important enough to bring to the small screen. Jackson’s decision to support the sharing of this narrative has paid off with a hit show that is currently in its second season. The Season 2 finale airs on February 24, 2021.

For Life airs Wednesdays at 10 p.m. EST on ABC.

Hank Steinberg and Isaac Wright Jr. on Filming Life Before COVID in ‘For Life’