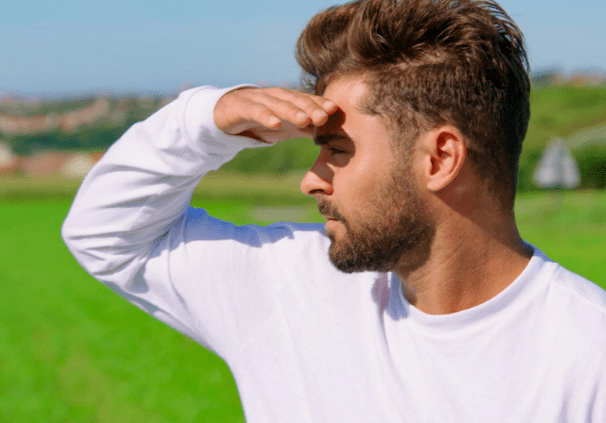 Olien has published a wellness book, SuperLife: The 5 Simple Fixes That Will Make You Healthy, Fit, and Eternally Awesome. Both Efron and Olien traveled numerous countries and highlighted the importance of health stability and certain improvements people have achieved in saving their environment within their country. More importantly, this documentary brought awareness on how specific countries are progressing and hoping the remaining countries will evolve as well.

This series reveals Efron and Olien are on a mission to travel different countries around the world to experience various important matters in life. Prior to filming the series, Efron recommended Olien to join him in this new journey to learn and practice earth/harmony living to focus on making essential changes for the Earth and one’s health.

Some ways include using fewer vehicles to minimize pollution and reducing energy consumption. The two learn the country’s nature together with each diverse culture, foods, and their health qualities. Both Efron and Olien were extremely eager to embark on this new chapter in their lives. From the beginning, they have this great friendship. They could joke around with each other. In addition, they got to know each other on a personal level. They were in it together for a long excursion, flight after flight and country after country.

Efron and Olien visited many countries, and it was appealing to see different cultures and their characteristics and traditions. An Iceland native mentioned his previous family generations have always used an interesting technique when cooking meals. Because of their boiling sands, he demonstrated how cooking bread and boiling eggs underground is their conventional way. They don’t need to use a stove or oven. Moreover, the team was able to taste a large variety of foods while visiting each country that are quite unique.

In Costa Rica, children’s schooling is very different from America. The children are in a school program where they get to choose their own paths, learning new skills depending on the materials available in school such as a preparing their meals in the kitchen and designing their toys. But they still practice some academic subjects like mathematics at their own pace. No homework nor any exams are given at all. This type of school program is the new norm, even though traditional schooling continues to exist in other areas within the same country.

What would you do for life longevity? What makes the people from Sardinia, Italy, reach their centennial? This location is one of the highest community of centennials. In this episode, Efron and Olien were taken to a cemetery to review the tombstones with the birth dates and the deceased dates. Both met with two doctors who have researched and interviewed every Sardinian that has aged anywhere from eighty to nearly one hundred years old. Remarkably, the episode includes an interview with a native centennial, asking about her life and family. From their collection of data, the doctors have come to a conclusion about centennials. What are the main factors that centennials practice in life? How is this different from the American culture? This is another significant episode to absorb. One last question, would you apply it in your own life?

One American who has been recognized on the topic of global warming, former Vice President Al Gore and his team of scientists and researchers have been analyzing climate change for more than a decade. Gore has received the 2007 Nobel Peace Prize for his dedicated hard work. His informative and detailed speech can be found on YouTube. In his video, he provides the causes that are distressing earth. In addition, he explains the changes people need to act upon to decrease natural disasters around the world. Efron and Olien’s series explains the problems countries are facing, but they’ve dedicated themselves in finding solutions.

Pollution is a common issue all around the world that creates more and more problems like climate change. In London’s episode, people were battling with heavy pollution that causes deaths or health issues. They needed to find a solution to minimize this problem, and they continue to make the necessary changes. Puerto Rico is another country that has been affected by the climate change. We are familiar with the number of hurricanes that have affected this territory and other countries due to global warming. Efron speaks with the mayor from Puerto Rico about the aftermath of these natural disasters.

What would happen if America produced 100% renewable energy? Most likely, a positive outcome, right? Well, America hasn’t met this high level of expectation quite yet. However, there is one unique country that has reached to this magnitude. Iceland has because of its underground heating and geothermal plant stations that convert this heat into useful energy to charge vehicles and powering about 45,000 homes per turbine. One of the geothermal plant’s geologists and the managing director of natural resources provide this information in order to fight climate change around the world.

Paris, France, has an amazing treated water system throughout many cities that includes sparkling water for free. So Efron and Olien had to meet with the Paris’s water plant director, who was able to share their distinctive process that helps to protect their environment, so other countries like America can also join by making the environment a better place. This is the main purpose for Efron and Olien relaying these facts through their series.

Down to Earth with Zac Efron makes their viewers become more open-minded and think about ways to improve our environment and the importance of healthy living. Efron and Olien have a fantastic role during the series. They also contributed by volunteering and helping in diverse communities. That makes them humble, caring people. Many viewers wonder if a second series will be in the making during the COVID 19 pandemic.