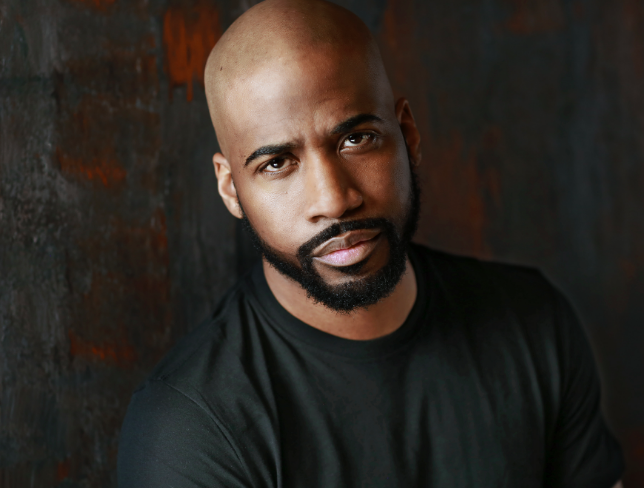 Édouard Kersley Guillaume, also known as Eddie G., has a lengthy resume — he is an actor, writer, producer, hip-hop artist, and music producer.

He released his newest album Law of Attraction under the name “Erupt” in 2019. Serving as writer and executive producer of the independent film, Days Gone Bye, the film was released at this year’s Toronto Black Film Festival and Montreal International Black Film Festival.

He currently plays the character Lou on the NBC smash Transplant and will be featured in the Lifetime biopic Salt-N-Pepa released next year.

BGN talked with Eddie G. on the phone about his journey into entertainment, his current projects, and what it means to be a black individual in the field.

You were a part of the award-winning TV show 19-2, which was centered on a police department. What made you decide to join a medical drama like Transplant where you’re right in the center of a busy hospital?

What do you love most about playing Lou? What are the challenges that you have worked through while playing this character?

I had to not just create a character but remember that this is a medical drama. There’s different types of acting. When you watch a medical drama, the acting is a little bit more on the serious tone right and less is more. I had to keep those things in mind while building my character, Lou. My character was really a simple, average, everyday kind of guy who just had a security job at the hospital. The only thing that was a little bit abnormal for the security guard was that he was dating a doctor. You don’t see that every day — the male security guy with a female doctor. I thought that was interesting.

Your character, the security guard, is in charge of protecting the hospital, and then you have the on-camera romance with the character Dr. June Curtis (played by Ayisha Issa). The show is portraying Black characters in positions of power, and it is not being seen as something that’s abnormal or strange.

That’s something I’ve been preaching and talking about for as long as I remember. That was another reason why I wanted to jump onto the medical drama. It’s just nice to see. We don’t see enough of it. We need to see more of it. It’s really cool to see Dr. June’s character, for example, as a Black woman in such a high position. She might be one of my favorite characters on the show because of that, because it’s a Black woman in that role. It shows that there’s no judgment. When you see her with Lou, you see she doesn’t really care about what he does for a living. It’s not about that when they get together, and he doesn’t care about that either. They just enjoy each other’s company and each other’s presence. That’s what’s organic about those two, and that’s what I like.

There’s also Black love being presented because of Lou and Dr. Jean. Y’all have this budding romance on the screen. How is your relationship off-screen?

When I did my audition with her, they had to see if we had chemistry. I guess they saw that right away. From Day 1, she was always cool. To this day, we are still very close friends. She’s done so much for me and my family. You know, she sends gifts all the time because of the new baby. The other day she sent me a big basket of gifts just for the baby. She did not send it to my house. I was at a hotel shooting another movie, and she just figured out where I was staying. I don’t know how she did that. That was a really nice surprise. We take care of each other. That is my homegirl right there.

Along with being an actor, you are also a writer and producer. What was the inspiration behind your newest film Days Gone Bye?

That was basically something that me and one of my best friends, Brian Quintero, put together. He’s the director and writer for the short film. I’m also one of the writers, so we wrote it together. We just always had a big passion for horror/thriller. With the thriller genre, we wanted to piece that together with something that people could relate to. Nowadays, we’re seeing a lot of Amber Alerts on our phones because of child abduction. We’ve all got to witness that all the time. I feel like we don’t talk about it enough. We wanted to shine a light on that. That’s what this whole movie is about — a little girl who gets taken away from her family. There’s much more to it; there’s a big twist on it. Hopefully, we are planning on taking this short a lot further in the near future.

Just to add on to the resume, you’re also a hip-hop artist, and you have writing and producing under your belt when it comes to music as well. What inspired your album Law of Attraction?

When it comes to music, I know that you’re in the new Lifetime biopic that’s coming out next year on Salt-N-Pepa. It is huge because they are a giant part of Black culture. How was it to film? It’s a really big deal that they’re giving the spotlight to something that is really essential to Black culture, which is the ’90s hip-hop movement.

If you ask me what I’m about, I am about the ’90s. Anything that’s got to do with the ’90s, I am in. I grew up in the ’90s, so I listened to Salt-N-Pepa all the time. I was just so excited to see the breakdown that they were making a movie for Salt-N-Pepa. I was like, “I gotta be a part of this.” I drove all the way to Toronto, which is five hours away from where I actually am in Ottawa, just for the audition. A five-hour trip for a five-minute audition and I got it. I felt so proud when I got that, because of what it is. The process was great. Everybody was there. It really felt like I was in the ’90s honestly. The costumes and the hairstyles. Everything was just so ’90s. I can’t wait to see it.