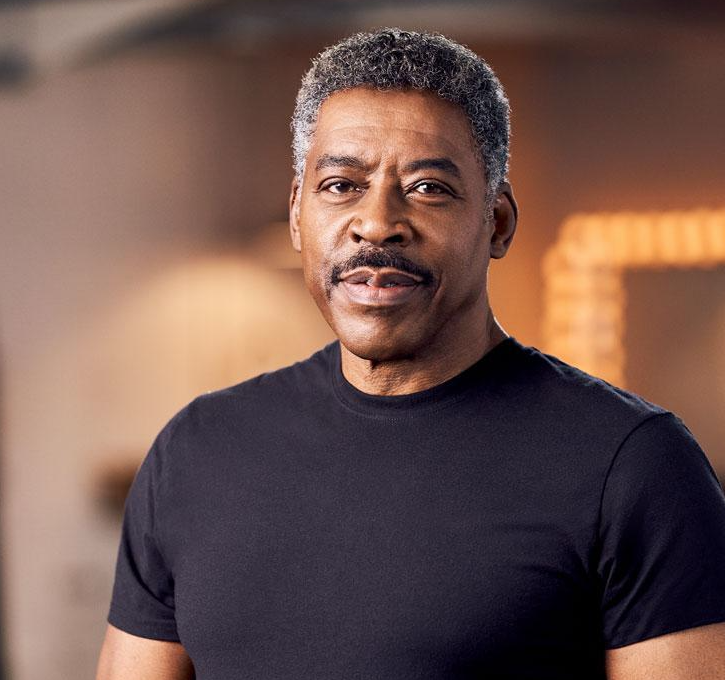 In 1989, we became enthralled with NBC’s sci-fi series Quantum Leap. It was the story of quantum physicist Dr. Sam Beckett (Scott Bakula) “leaping” into other people’s bodies, oftentimes with the assignment of saving their lives at a pivotal moment. The original series ended in 1993 when the scientist made a jump from which he would never return.

NBC has decided to bring back the beloved show with a reboot. In this version, a team has been assembled with the primary purpose of bringing Dr. Beckett home. Heading up this brilliant team is Herbert “Magic” Williams, played by Ernie Hudson.

BGN had a telephone interview with Hudson to talk about the approach for the new show, his character, and what made him want to be a part of the reboot.

The original Quantum Leap began the same year the second Ghostbusters movie was released. Did you watch the original then or now to prepare for your role?

A little bit of both. I watched the original from time to time with my two oldest sons especially. They loved the show. What I loved about it was we would talk about the different scenarios. Leaping into someone if you go back to the past, how would that be? This is a critical time in someone’s life that the character would leap into, so it gave us fuel for conversation. They were really happy when I was offered a part in this new iteration.

What was the approach so there would be more of a spirit of appreciating this show for what it is versus comparing it to the original?

When I think about the original show, Scott Bakula, who played Sam Beckett, brings humanity and a sense of humor and a charm that is uniquely his. I love his work. There are some great, great characters, but the heart of it is the spirit that he brings. My concern when I first got asked was how do you replace that because so much of the show was that. When I met Raymond Lee, he is not Scott Bakula, but he has his own sort of unique charm and intelligence and likability that I think fans will embrace. Raymond is really an extraordinary young actor, and when I met him and saw his work, I said, “Okay, we’re good.”

Tell us about your character?

I play Herbert “Magic” Williams. He’s the first character that we actually see who experienced being leaped into. For a period of time, that was very, very exhilarating for my character and yet traumatizing in a lot of ways. His life was altered. In fact, we find out later that his life was saved because of that leap, but he doesn’t understand what happened. Suddenly, someone else is in control of you. Days go by, and now suddenly you’re back, and all these things happened, and you don’t know how that’s possible. As he moved up in the military, he found out about this project and realized what had happened. But, the program has been shut down. He’s done everything he could do to convince the Pentagon to get it back up and running. There’s a lot of pressure on him to get results. During the original program, Sam Beckett never made it back home. Sam is someone who saved [Magic’s] life, and he feels a debt to get Sam back, so he assembles this amazing team of people. Right when it’s about to come together, lead doctor Dr. Ben Song [played by Raymond Lee] leaves without authorization and none of us know why. That jeopardizes everything.

What made you want to participate in the reboot?

Even though I didn’t watch every episode, I love the show. I love the idea of something that could potentially create empathy and allow us to see from a different perspective. The idea of stepping in somebody else’s world, a world that could be potentially totally opposite of the way we see ours. For example, in one of the episodes, the character leaps into a Black woman who’s going through a crisis. It crosses gender and race and nationality, and I find that fascinating. I wanted to be a part of that. Quantum Leap is one of those shows that’s trying to come from a positive place. Meaningful intention means a lot to me.

Also, this show brings families together. Quantum Leap has multigenerational appeal. People will not only watch it but have an opinion about it. I read a post where someone who’s nonbinary said [their] parents love the show. Seeing Mason Alexander Park’s portrayal of Ian Wright helped [the parents] to see [their child’s] experience differently. [The parents] never really approved or understood, but now just being able to look at that character without judgment has allowed them to view [their child] in a very different way. It was very, very powerful.

What do you feel sets this show apart from the original?

The earlier Quantum Leap is really focused on Sam Beckett and the hologram, and so we didn’t see the operation. They talked about “Ziggy” and what was happening in present time, but in this one, we see the people who are maintaining and running and dealing with that. Every week we see a different lead, but we also see what’s happening at the center of it all.

The new series has big shoes to fill, and they’ve done so with an amazing cast. Episodes of Quantum Leap air on Mondays 10/9c on NBC and are available for streaming on Peacock.