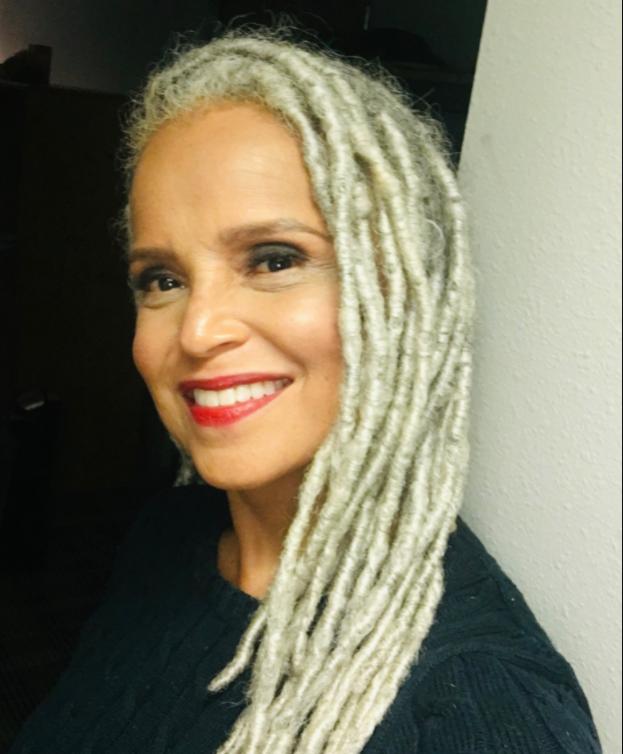 When it comes to television, Victoria Rowell (The Young and the Restless) has done it all. From acting to producing, this award-winning artist continues to expand her vision and create opportunities for BIPOC women-centered stories to be told on television. Rowell has a recurring role on the new series on CBS, Good Sam playing the formidable hospital board member Tina Kingsley. BGN had the honor of celebrating the last day of Black History Month by speaking with Ms. Rowell, a living legend, via zoom about her new role and current projects.

What is your favorite aspect of portraying chairwoman Kingsley?

I love playing Tina Kingsley. She’s an accomplished, educated mother of an adult son, Malcolm (Edwin Hodge). Even though she is divorced, she and her ex-husband work together on the hospital’s board, so it’s complex. I love the layers of Tina Kingsley and also how she presents herself. She’s stylish. She is shrewd and realistic in terms of a woman who’s about business, but she loves her family.

What’s your process for creating and maintaining this character on a recurring basis? Do you find those roles to be challenging?

The writers have written her in such a contiguous way there was no drop in the story. We understood that she came on the scene. We understood later that there was a fissure between her and her son, but I’m not going to give anything away. We understand that she is really there about business-owning her power, unapologetically. With a primary focus on her relationship with her son, so in the writing, it’s all there for me as an actress to follow. It really linked beautifully throughout. Playing the recurring character also gives me time as a writer and producer. In fact, I’m in post-production right now while in Toronto, on my Christmas movie for BET+plus. So on that level, it’s a wonderful opportunity to be recurring because you’re able to work on multiple projects.

What would you say are your favorite current projects?

Good Sam is my favorite acting project right now. I’m also producer-director and co-writer of a family drama titled Blackjack Christmas, which will be on BET+ this holiday season. I have had an incredible experience directing Dawnn Lewis (A Different World) and Charmin Lee (The Fifth Wave) in the film. The project also stars Fae A. Ellington (Shattered Image) and Oliver Samuels (Chef!) they’re international stars famous in the Caribbean diaspora in the United States and the UK. Blackjack Christmas is about sisters, immigration, competition, and what happens during the holidays when people are in different countries and the family member that grew up in the United States may have had more opportunities. At Christmas time the family deals with the pressure of, how we’re all supposed to be happy and everything’s perfect, during the holidays. The onion gets peeled in Blackjack Christmas, and we see the fissure in the family. One sister is really struggling with a circumstance in her life that comes to bear. It’s a powerful piece. I’m very proud of it. I’m in post-production now, and I cannot wait to present it. I like to tell stories about women for women and family. That really packs a message and resolution.

Anything else you’re excited about working on?

I directed The Neighbor, a thriller for TV One and Lifetime starring Skyh Black (All the Queen’s Men) and Vicky Jeudy (Orange Is the New Black). It’s tough to watch at times because it is about stalking and the abuse of women. So it’s going to be coming out this month.

How did you get involved with that project?

I was hired as a director by Hillionaire Productions’ fabulous Black female producer Jamie McCoy Lankford. We’re actually working on a couple of other projects together. I mention The Neighbor because that was another collaboration, and collaborations are very important. We really need to meet the moment of the Black Lives Matter movement in economic ways and working with Jamie has been awesome. Collaborating with Black, Brown women and women, in general, is very important. I’m currently collaborating with NYTimes best-selling author Victoria Christopher Murray who does a lot of Christian Fiction and (author) ReShondaTate Billingsley. We just finished writing a Christmas movie that we’ll shoot in 2023. That’s the power of working together.

What goes into deciding who to collaborate with?

Not every idea is right for you. You’ve got to know when to say no. Not all money is good money, and you have to know if something doesn’t feel right, it’s not right, or it’s not time. Don’t rush into something and not have all of the undergirding of good business infrastructure, I’m talking about low budget, as well as any budget.  Don’t do it because (if you do) you’re going to pay for it on the back end. Or it may not work out at all. So make sure that your team is right. Make sure the collaboration, even if it’s between you and one other person, is solid. And do your research on who you’re working with or who intends to finance. That’s my process.

How much fun did you have filming your hilarious behind-the-scenes dram-com soap The Rich and the Ruthless during the pandemic?

We had a blast. I had the same cast for four seasons so that tells you a lot right there. We had a tremendous time working together, and we knew the gravity of the moment, we’re still in COVID, but we did four seasons, Emmy nominated. We just won a HAPA Award for Best Ensemble Cast and an Independent Series award.  We really love working together. As a producer, it’s essential to me to make sure that the actors are happy that they’re well taken care of and that I can give them the best possible atmosphere that money can buy. At the end of the day, it can’t just be about the content. It has to be how people are treated.

Oh, just not having any destination. The greatest joy is just to be on the path. To be a long-distance runner and to be led by my faith.

Good Sam airs on CBS Wednesdays at 10:00 pm EST, and The Rich and the Ruthless is now streaming on BET+.