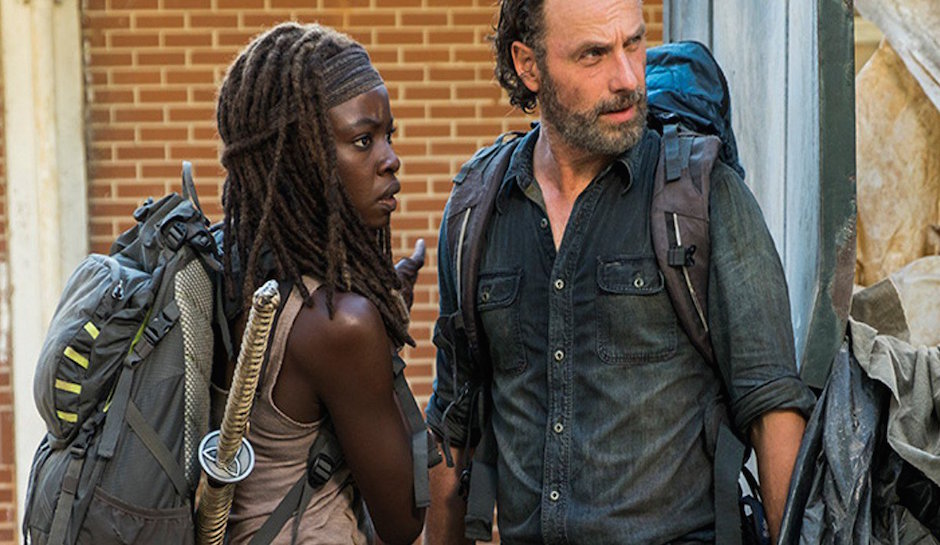 Season 7 of The Walking Dead has been really, really bad. As in “I struggle to stay awake for an entire episode” bad.  As in “I flip around to see what else is on during commercial breaks and forget I was watching it” bad. Really. Really. Bad. Understand, the sheer act of admitting that feels like a pusillanimous act of betrayal, like writing passive aggressive notes about keeping the microwave clean in the office break room or starting sentences with phrases like, “No offense but…”.  I am not that kind of girl.  However, I am a fan, and as a fan, I have to demand they do better.  I’m going to demand it because I know they can.

Initially, they came out the gate swinging.  Literally. Negan was introduced by taking out two major characters with a bat, invoking all the fear, sadness and emotion you expect from the series. Admittedly, I was in my feelings about Glenn. He was my favorite character and arguably, the heart and soul of the show. Watching him get beaten to death with a bat was probably one of the most difficult moments of television I ever experienced. However, it wasn’t a surprise. We had a whole summer to prepare and if you are like me, comic book spoilers to unsuccessfully avoid. The first half of the season was understandably depressing.  Rick was broken. Darryl was kidnapped and tortured. And everyone else was angry.  I wasn’t exactly entertained, but I gave the show the benefit of the doubt. You don’t just bounce back from killing off two major characters. The show, like the audience, needed room to come out of it. We ended the first half of Season 7 on a high note. Darryl escaped Negan and reunited with the group. Together they all decided to go after Negan and the Saviors.  Going into the second half of Season 7, I had high hopes. The show felt fractured and unfamiliar. I was looking forward to all the pieces coming back together.  However, after last night’s episode, even with all the yummy Richonne goodness, I can confidently conclude, the show is broken.

However, because I love it so and don’t want to see it die a slow TV death, I have a few suggestions for the show-runners and writers to keep the show from irreparably coding. 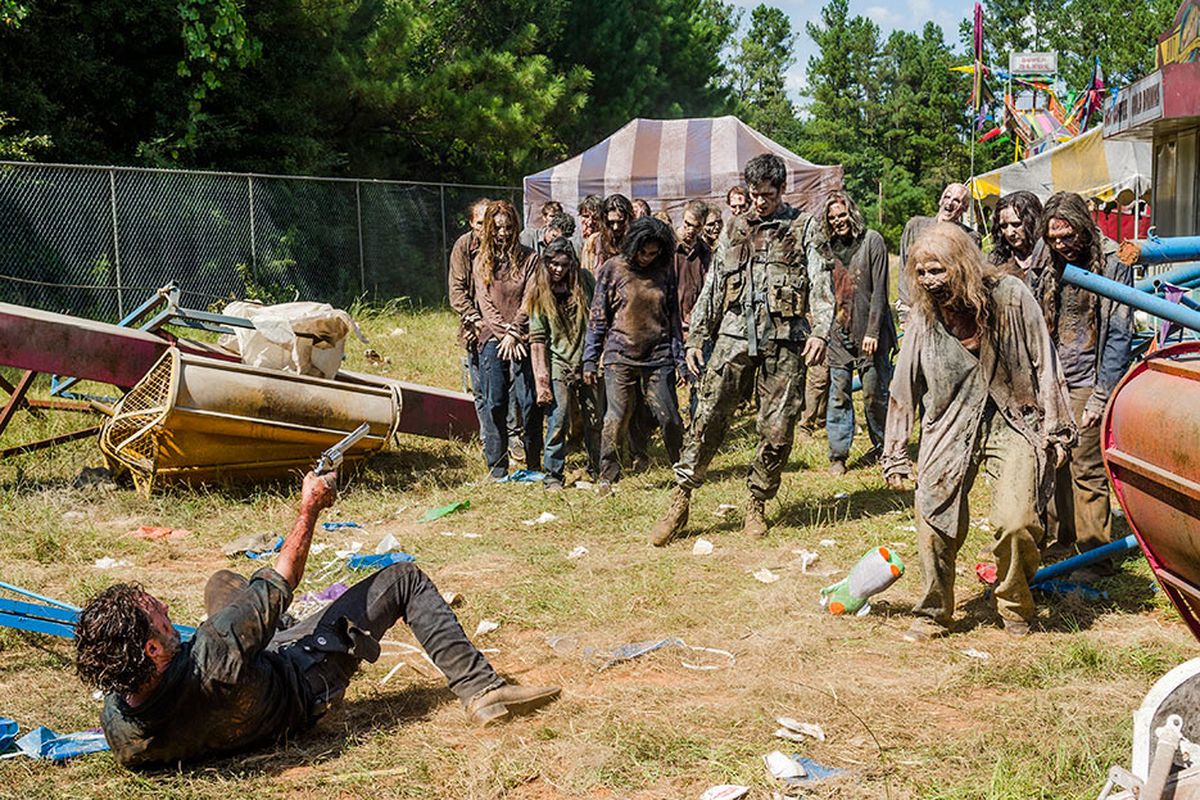 Stick with the Main Characters: Since the first episode of Season 7, we have been darting around Virginia, traveling from one group and place to another not sticking around long enough to tell a decent story.  In all fairness, in some ways, moving around makes sense.  Main characters Rick and Michonne, Darryl, Carol, Morgan, and Maggie are all living in different locations. I’m okay with spending different episodes on each of them. However, following supporting, characters only add to the disjointedness of the show. Tara is lovely. Eugene is often entertaining. However, unless they are dying, I don’t want to follow them for an entire episode.  Here is what I learned from Tara and Eugene’s full episodes: 1) there is an armed all-female group that can help fight the saviors and 2) Eugene may not remain loyal to the group. We didn’t need a full episode to reveal any of those facts. In fact, on Eugene, we already knew he was a weak opportunist. I’d argue it would have been more powerful if his disloyalty was revealed during the inevitable confrontation.   Spending so much time away from the main characters takes away the emotional connection most of had with the show. What’s Maggie doing? How is the baby? What’s Carl been up to? What does Carol do all day besides ungratefully accept gifts from Ezekiel and stew in her self-pity? Give us some real insight into the characters we have been riding with since day one.

Tell Us More About Negan. We’ve watched Negan murder, torture and sexually harass folks since he first graced the screen. He has funny one-liners. He showed Carl some compassion.  He has one jacket. However, we still don’t know any more about him then we did when he made his debut.  Who is he and what motivates him? How did he come into power? At this point, I still don’t understand how he gained such zealous loyalty of the people around him.  Did he save them from some catastrophic event at the beginning and as a result, they are all indebted to him? Are they all crystal meth addicts and he is the key to their supply? Give us something. If you want to do a solo episode about someone not central to the group, that is the episode I want to see.

Make Walkers Great Again. Look, I get it, Greg Nicotaro knows how to do gross.  We have seen wet zombies, burned zombies, armed zombies and paraplegic zombies. We have seen them splattered, rolled over, and pulled apart. However, unless someone trips and falls, crashes a car or gets injured, the walkers no longer pose a threat.  They’ve stopped short of throwing objects and screaming, “Go fetch!” to thwart walker attacks.  There are millions upon millions of people in the world. Not all of the zombies should be near rotted corpses. I want to see running walkers and baby walkers. I want to see zombies that are growing more intelligent, opening doors or focusing on their prey. How subtly scary would it be if a zombie suddenly made eye contact? We need a reason to remember that this is, in fact, the zombie apocalypse and not just some old lawless society.

Less Theatrics.  I can’t with Ezekiel’s old English accent and I can’t with the Dumpster Vulcans’ broken English.  I’m glad they explained Ezekiel but the Vulcans? Who are these people and what were they doing before the apocalypse? At this point, I’m just going to assume they always lived in the dumpster. I know it’s a zombie show but the more theatrical it becomes, the less I believe it. We fell in love with the show because of the humanity. Good or bad. Unless the cast is being visited by aliens, the leader of the Dumpster Vulcans needs to stop speaking with an alien accent.  Side note: why are Rick, Maggie and kind of Darryl the only ones with southern accents in the South? Even Carl doesn’t have an accent.

No More Wars.  At least for awhile. They went to war with the Governor, the Hospital Cops, the Terminites, the Wolves, those folks that ate Bob, and now, they are preparing for war with the Saviors. If each season has the same conflict and climax, we are bound to get bored.  We get it, people are bad. I want to see illness, serial killers, starvation, storms, orphans, fires and other conditions that would be equally as dire threaten the group. I know war with the Saviors is inevitable but let it be the last one, at least for a season.

If consistent with previous seasons, Season 7 has four episodes left.  I’m hoping the same people that brought us Shane, Sophia in the barn, and Carol killing folks who are looking at flowers will be able to give us something more in the time they have left.