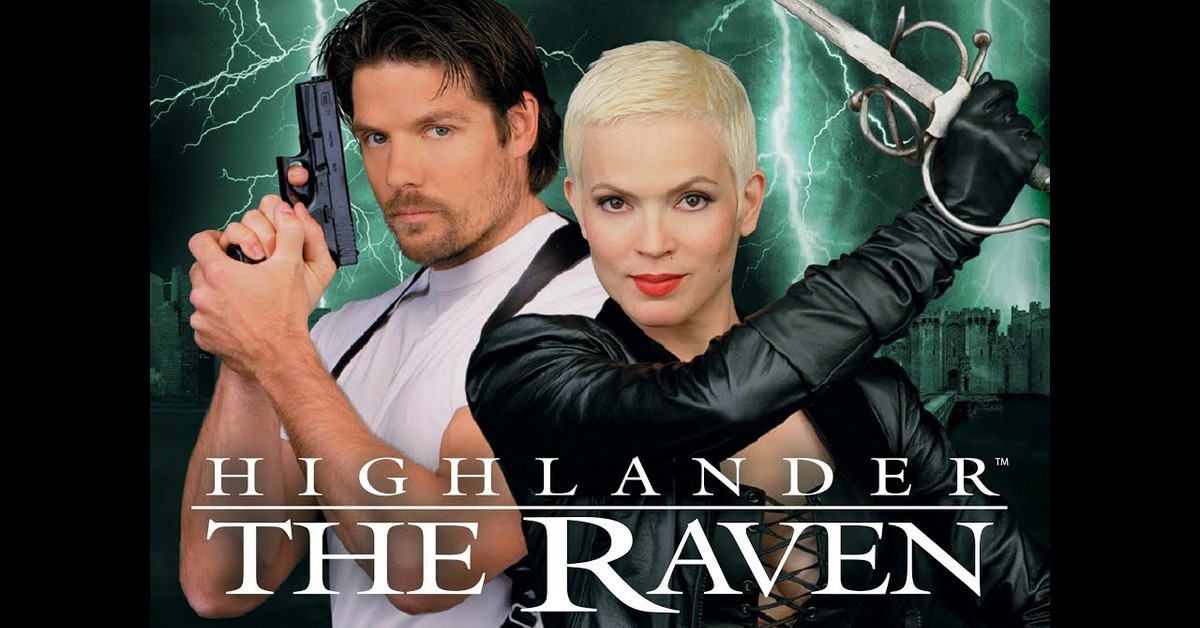 1986’s Highlander and its sequels are most definitely one of the hardest-to-explain franchises in recent cinematic and television history, considering that its sequels retconned the foundations set by the first film.

For example, while far from being the perfect release at its time, the first film rose to the heights of cult-classic status, while its direct sequel, Highlander II: The Quickening, is considered among the worst films ever made.

Highlander: The Series, on the other hand, has received some really favorable reviews, thanks to its unique and inspiring storytelling, with each episode offering a provocative glimpse into the trials and concerns of immortality. In fact, the series was an international hit that ran for six seasons before running out of fuel in Season 6, which was reflected in the final season’s overall quality. However, even the producers were aware of the show’s end, so they decided to experiment with introducing a female Immortal protagonist.

And that’s how Highlander: The Raven was born; the team behind The Series didn’t know which of the regular female characters to feature, so they chose to center the narrative around a recurring character, Amanda — portrayed by Elizabeth Gracen. The Raven is a peculiar piece of television history for numerous reasons, starting with the fact that it was the first time in the franchise’s history that a female Immortal had the chance to take the spotlight.

However, this Immortal (and by that, we mean the entire spin-off) had its own issues, as it suffered numerous production issues and heavy criticism upon release. Still, just like the original Highlander, it managed to grow on people over time, and those who rewatched the series during quarantine say that the show is better than they remember. It could be the quarantine talking, or the fact that a lot of entertainment work today is a low-quality derivative of something released 30–40 years ago, or perhaps it’s the possibility of The Raven aging like a fine wine.

The show follows Amanda, a likable thief from Highlander: The Series, in a television show of her own. She’s beautiful, clever, and witty and has been one of the fan-favorite characters for the previous six years, which obviously allowed Davis-Panzer Productions to make more money off the franchise by launching the spin-off. However, at the show’s beginning, Amanda is portrayed as an amoral woman merely tripping through her endless life.

The new heroine is much more morally ambiguous than Duncan, the protagonist of the previous main series, which admirably raises moral questions about immortality and how it might affect the lives of mortals and Immortals alike. Of course, the main character of the series isn’t going to be decapitated (the only way to kill an Immortal), so the series centers on Amanda facing up to her fears and taking responsibility for her actions rather than running away as she would’ve in the past.

In the pilot, she meets Nick Wolfe — portrayed by Paul Johansson from Once Upon a Time — a tired archetypal cop character with a strong moral code who’s investigating a series of robberies. He discovers Amanda’s immortality during his investigation, but not before his partner, Claudia, sacrifices her own life to save Amanda. Claudia’s death has a profound effect on Amanda, who just witnessed a human giving away something so precious — their life — something that Amanda takes for granted.

That event, paired with the knowledge of causing the deaths of a battalion of soldiers in WWI and Nick’s strong moral code, influenced Amanda to become a better person and actually gain the strength of character to face up to other Immortals even when she thinks she can’t win. Unfortunately, the first half of Season 1 — or Season Only, considering that the series has only one season — felt more akin to an overly exploited cop television show rather than a narrative about the warring Immortals.

The latter half of the season switches into a Highlander mode, focusing more on Immortals, flashbacks, and longsword duels and less on being a cop-based lackluster spin-off in which one of the characters happens to be an Immortal. Instead, it centered more on the series new femme fatale facing off against Immortals and trying to be a better person, a fairer and honor-bound fighter, and for some reason, an unsuccessful thief.

In the series’ final episode, Nick inhales a deadly poison and has about 24 hours to live. Upon realizing that he’s going to die, Amanda shoots Nick since only a shock of violent death can trigger his immortality. Yes, Nick is immortal, and Amanda knew all along — even if he didn’t. But, the morally strong retired cop isn’t too happy about the revelation, and the series ends on a cliffhanger with Nick walking away from/angry at Amanda.

Unfortunately, Highlander: The Raven was decapitated after only one season. The lack of chemistry between the leads, low ratings, and change in the marketing of syndicated shows all contributed to the show’s failure — the foremost reason being the biggest one. The cast and the crew hated each other, and Gracen was apparently at the center of it all or, at the very least, an instigator of incidents.

In an odd twist of real life imitating fiction, Gracen came under the scrutiny of the public eye at large during the filming of The Raven for her one-night stand with Bill Clinton a few years prior and was subpoenaed to testify against him. Luckily, she managed to dodge the whole political escapade thanks to The Raven being filmed outside the country. Unfortunately, however, her partner at the time, a skilled con artist who convinced her that he was the U.S. Ambassador to the Cayman Islands, also convinced her that her co-star, Paul Johansson, was a CIA plant looking to gain information from her.

But the off-camera duels didn’t just end there. Apparently, the television network that financed most of the spin-off had no stake in the original series and didn’t much care about continuity. So they wanted to divert the show into something entirely different and separate from The Highlander universe, which is why the first half of the season resembles a cliched cop-drama rather than a series revolving around sword-swinging immortals decapitating each other because there can be only one left.

Considering just how much of a trainwreck the production of Highlander: The Raven was, it’s almost surprising that the show somehow managed to deliver more than just a few good episodes. It is interesting to think just how entertaining a second season might have been, with Nick discovering his immortality and Amanda mentoring him in the way of the longsword. Unfortunately, that didn’t happen since the series imploded under the weight of personal feuds and production mismanagement.

Ultimately, Highlander: The Raven is a fun and entertaining introduction to the Highlander franchise, despite being a syndicated TV show whose production staff had to work with what they had — and they did not have plenty. It’s certainly a lot more respectable compared to Netflix, Apple, or other more prominent streaming services pouring tens and hundreds of millions into projects that end up being massive flops.