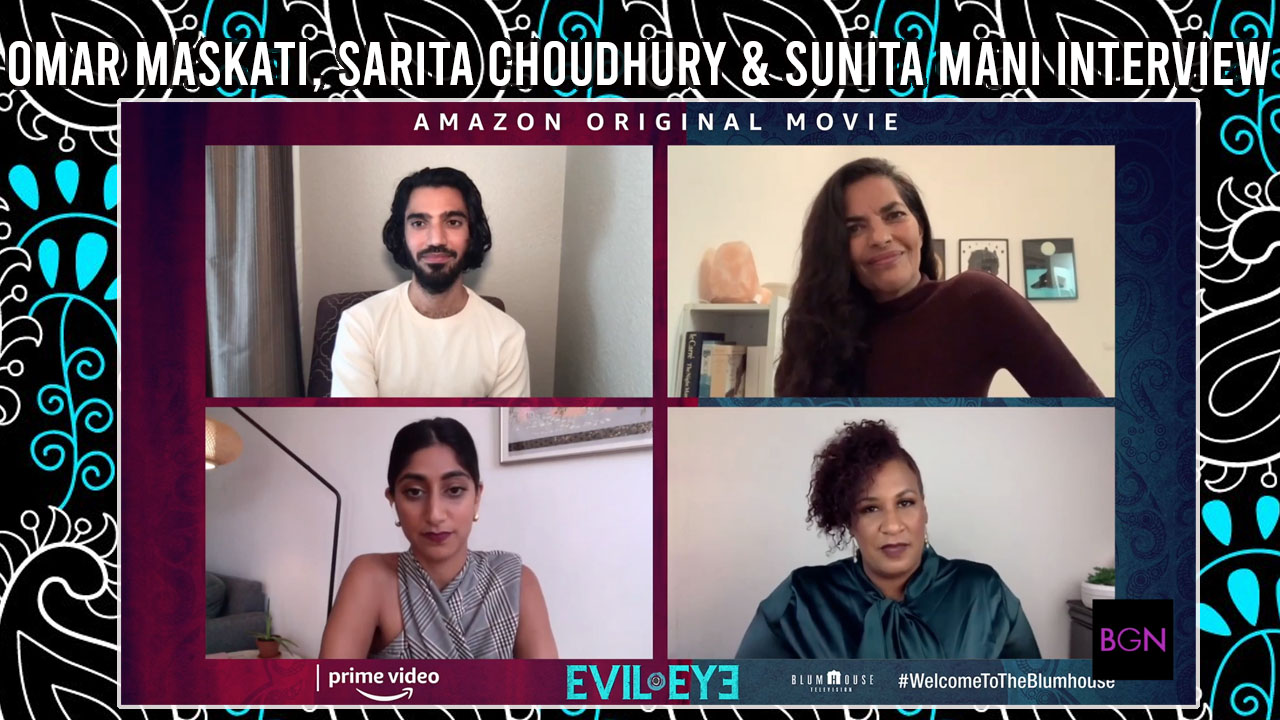 As part of the Welcome To The Blumhouse series, BGN interviews actors Omar Maskati, Sarita Choudhury, and Sunita Mani who star in the film Evil Eye.

A seemingly perfect romance turns into a nightmare when a mother becomes convinced her daughter’s new boyfriend has a dark connection to her own past.

Evil Eye is directed by Elan Dassani and Rajeev Dassani.