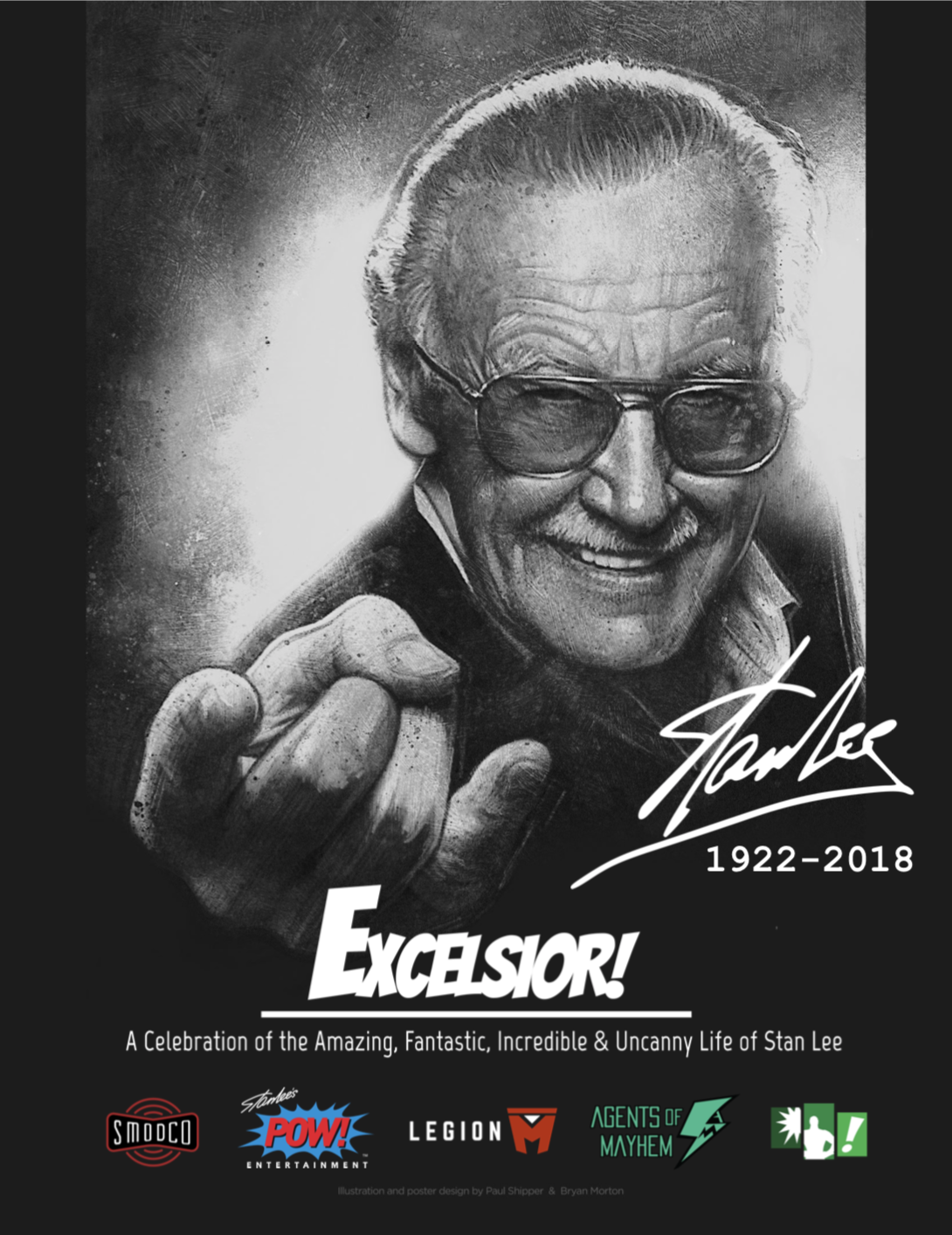 The legendary comics creator Stan Lee, who touched the lives of geeks and comic book fans everywhere, will be celebrated in Hollywood on Jan 30th. The famed creator notably known for launching the fictional lives of Spider-Man, Captain America and Black Panther passed away in November 2018. The event in his honor is aptly titled ‘Excelsior! A Celebration of the Amazing, Fantastic, Incredible & Uncanny Life of Stan Lee’.

Kevin Smith, Legion M, and Agents of Mayhem in partnership with Stan Lee’s POW! Entertainment will hold a public appreciation of Stan’s life and work at the theatre forecourt featuring fan-favorite speakers, an art exhibit celebrating Stan’s legacy by famed pop-culture artist Rob Prior, and other special surprises. The official tribute is open to fans, whom Stan loved most, and a limited number of tickets will be available beginning today, January 9, at 5 p.m. PT / 8 p.m. ET at legionm.com/stantribute.

Kevin Smith on Stan Lee, “Thank you, Stan, for making me not only the boy I was but also the man I am today. You had great power and you always used it responsibly, fostering billions of dreamers who all know your name – a name written in the stars for all time. You were not just the literary titan of comic books, you were our modern-day Mark Twain.”

Producers of the tribute event plan to announce additional details for the event soon via social media feeds. Details of specific speakers, performers, and other activities will be shared on the social channels for Kevin Smith, Legion M, Agents of Mayhem, and Stan Lee’s POW! Entertainment. (@TheRealStanLee, @ThatKevinSmith, @LegionMofficial, @AgentsofMayhem).