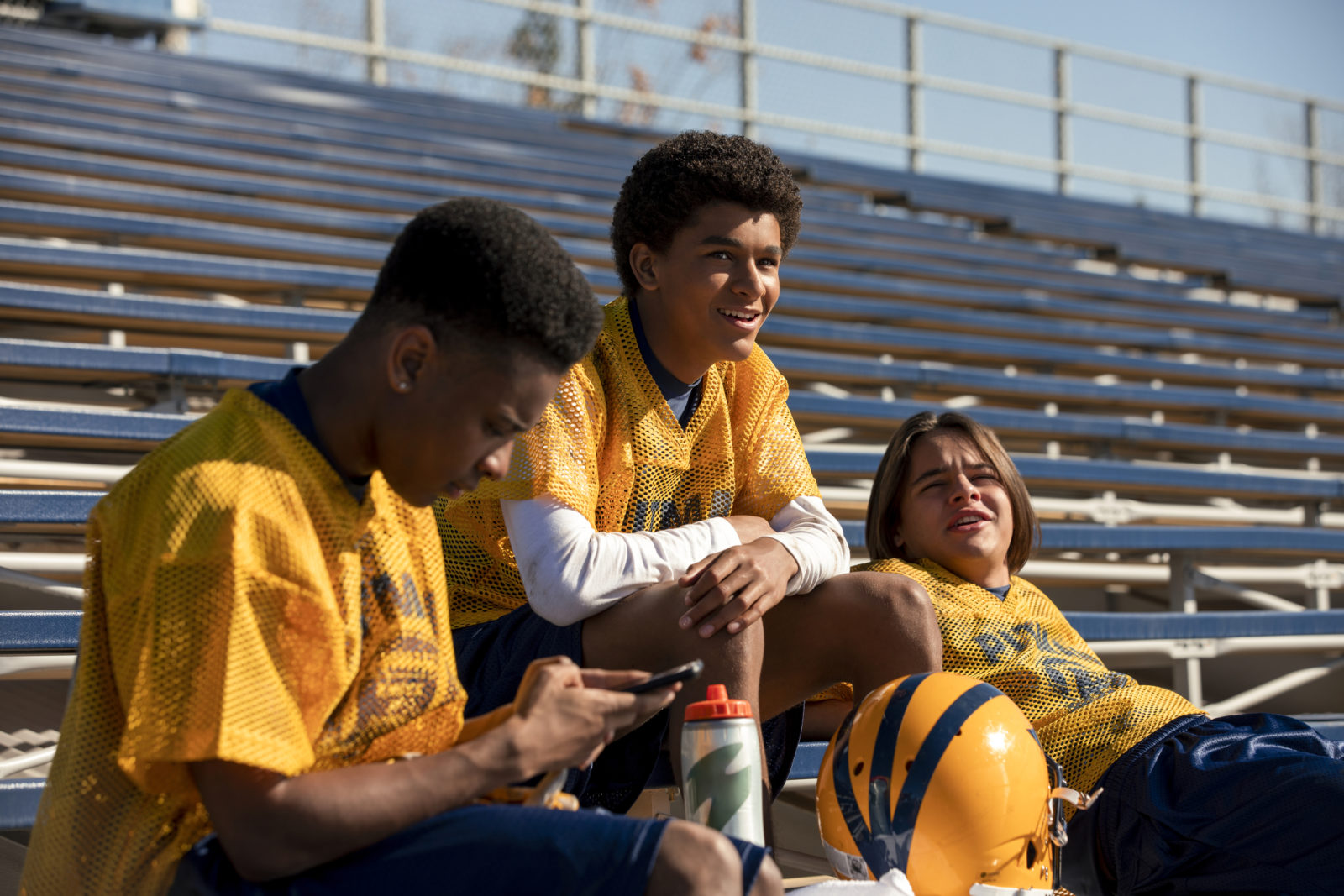 From co-creators Ava DuVernay and Colin Kaepernick comes Colin in Black and White, a bold new dramatic limited series that chronicles Kaepernick’s coming of age story, tackling the obstacles of race, class and culture as the Black adopted child of a white family. Colin in Black and White stars Jaden Michael as Young Colin before reaching the highest levels of American football as an NFL quarterback and becoming a cultural icon and activist; Nick Offerman and Mary-Louise Parker as his well-meaning parents Rick and Teresa; and Colin Kaepernick himself, who appears as the present-day narrator of his own story, guiding viewers through a robust and colorfully presented array of historical and contemporary contextual moments. You don’t know Kaepernick until you know Colin.

In the clip below, young Colin (Jaden Michael) finally finds allies to his experience as a Black athlete.