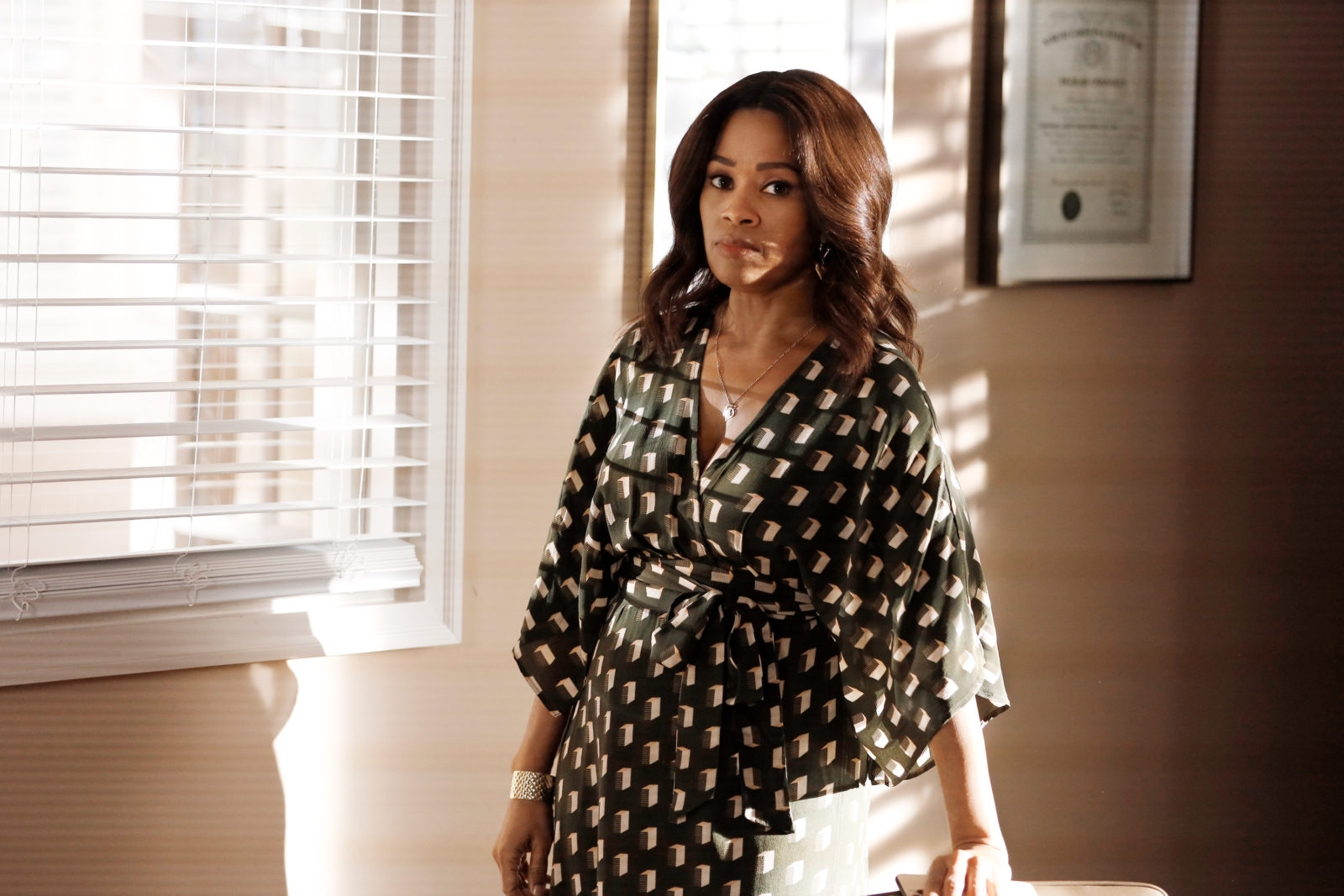 Airing March 23 at 9pm ET/PT is the next episode of the OWN TV series Delilah.

Delilah left a demanding white-shoe law firm a decade ago and hung up her own shingle so she could make raising her kids her number one priority. Now she takes on cases the big firms ignore and finds herself, more often than not, going head-to-head with the powerful and privileged as she fights for the disenfranchised. In addition to raising her two kids, Maia and Marcus, Delilah also cares for her young nephew Dion; manages her relationship with her frustrating ex; and to top it all off, she’s about to go up against her best friend Tamara in court for the first time. Delilah has always represented the underdogs. Tamara has always represented the wealthy and powerful. But this case is different: this time, Delilah’s most cherished friendship is on the line, and there are lives at stake. But Delilah does what she always does – she seeks justice for those who need it most.

Maahra Hill (Black-ish, How to Get Away With Murder) stars as Delilah Connolly, a headstrong, highly principled lawyer living in Charlotte, North Carolina. Delilah’s doing her best to raise two kids alone and keep her ties to family, friends and faith strong, all the while ceaselessly seeking justice for those who need it most, in a time when the rich and powerful of Charlotte and beyond will do anything to stop her. Jill Marie Jones (Girlfriends) appears as Tamara Roberts, Delilah’s confidante and best friend; Susan Heyward (Orange is the New Black), portrays Demetria Barnes, Delilah’s newly hired, fearless, and ambitious associate; and Ozioma Akagha (Marvel’s Runaways), plays Delilah’s unfailingly sunny secretary, Harper Omereoha.

In the following exclusive clip, in episode 104 titled “Andre”, Delilah discovers that Nate’s (Leonard Harmon) paralyzing accident could have been caused by the faulty Osbourne radios, and is now more determined than ever to ensure justice is served. Harper Omereoha (Ozioma Akagha) and Demetria Barnes (Susan Heyward) do everything they can to help Delilah strengthen the case against Osbourne with new evidence. Delilah takes her findings to Tamara (Jill Marie Jones) only to be surprised by some even bigger news.