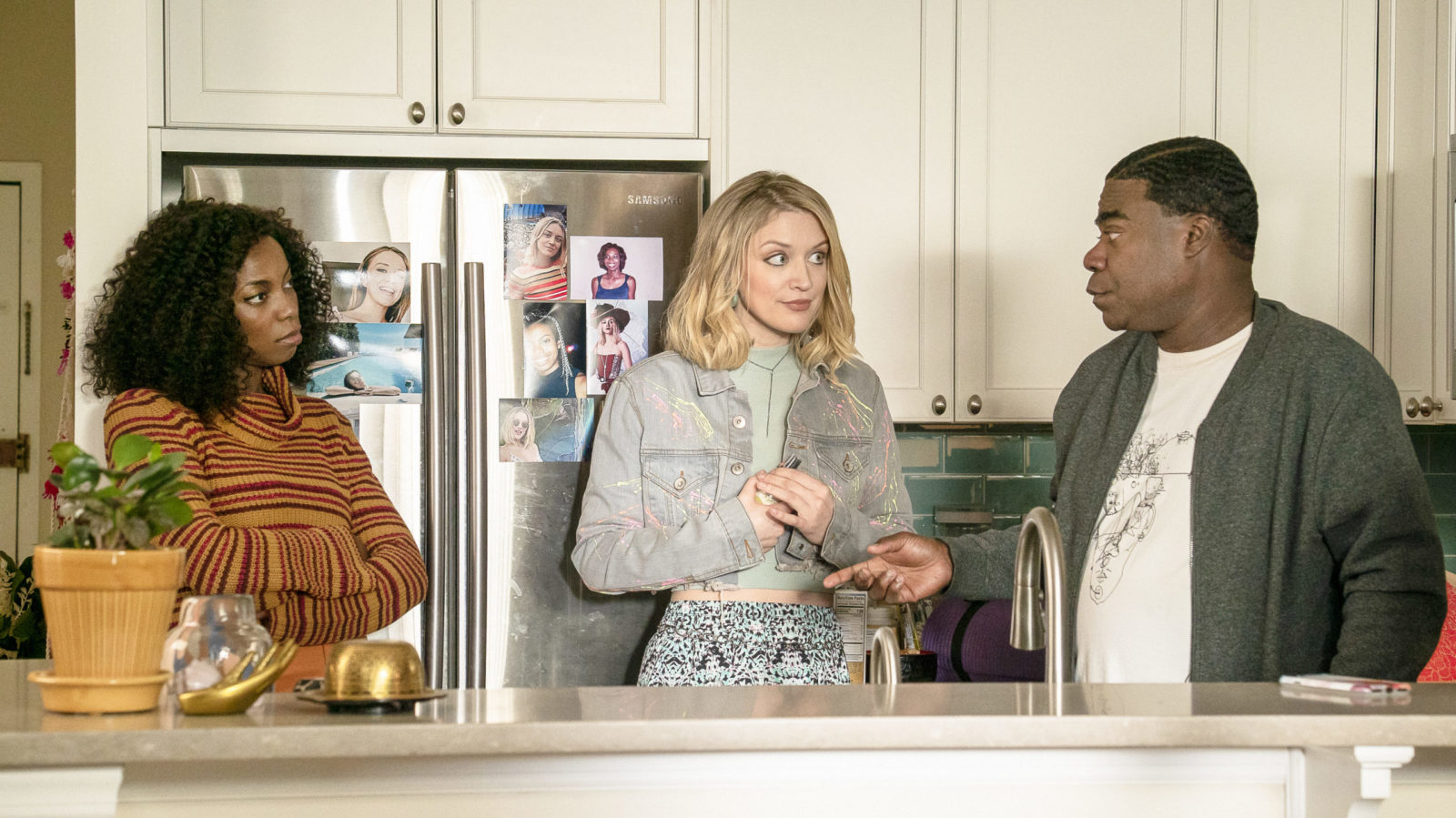 On tonight’s episode of The Last O.G. Tray meets his neighbors as he settles into his new apartment.

Spending 15 years in prison didn’t transform Tray, but everything else sure seemed to change. After he is released on good behavior, he returns to his newly affluent Brooklyn neighborhood and is shocked to find out how much different the world is. For starters, he’s a father to twin sons, born to his former girlfriend Shay.

She is now married to a successful white man who is helping raise the teenagers, who grew up in private schools and can’t relate to their dad’s hardscrabble upbringing. Wishing he could connect with his kids but having neither the money to support them nor himself, Tray relies on some well-worn skills to make ends meet while treading unfamiliar territory. Oscar-winner Jordan Peele is co-creator and co-executive produces the series along with star Tracy Morgan.

We’re now in season 3 of the series and Tray has some new challenges with his neighbors. Check out this exclusive clip below featuring Tracy Morgan and Sasheer Zamata.

SCOOB! At its Core is a Modern, Humorist Movie

Review: ‘The Last O.G.’ is What TV Has Been Missing

Get More on ‘The Last O.G.’ Characters in ‘Second Chances’

7 ‘What Men Want’ Notes To Consider While Watching