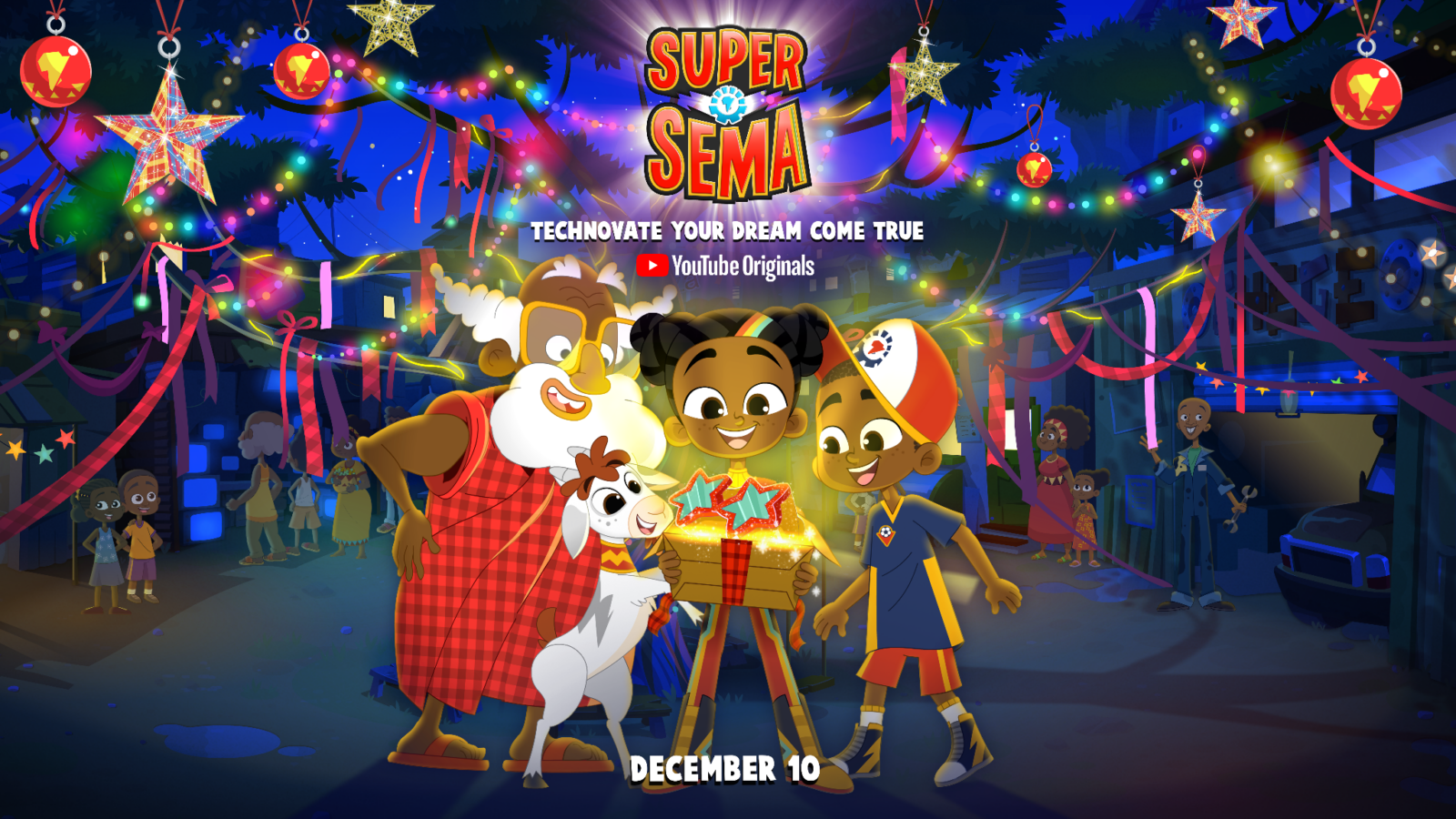 In the holiday special, premiering Friday, December 10th on YouTube, Sema and her friends and family are preparing for the Day of Dreams, a time when everyone comes together to celebrate their hopes and dreams. Sema wishes for snow, something her African-futuristic town of Dunia hasn’t seen in hundreds of years. Will Super Sema be able to tap into her STEAM powers once again and “technovate” her dream come true? Or will her nemesis, the artificially intelligent robot tyrant Tobor, be proven right that dreams are just human nonsense?

Super Sema premiered as a YouTube Originals series in March 2021 and has become a global hit reaching millions of viewers around the world. Season 2 of the animated series and complementary STEAM educational episodes are currently in production for early 2022. Kukua also recently announced its partnership with award-winning toy company Just Play for dolls and dress-up role play, with other exciting merchandising and licensing plans to be announced soon.

Founded by Lucrezia Bisignani, Kukua is a children’s edutainment startup and home to the Super Sema franchise. With an award-winning female team working at the intersection of technology, entertainment and education, the franchise aims to build an IP-driven, engaging STEAM ecosystem that inspires children around the world.

Lupita Nyong’o: 6 Details about Her Time in the Marvel Universe