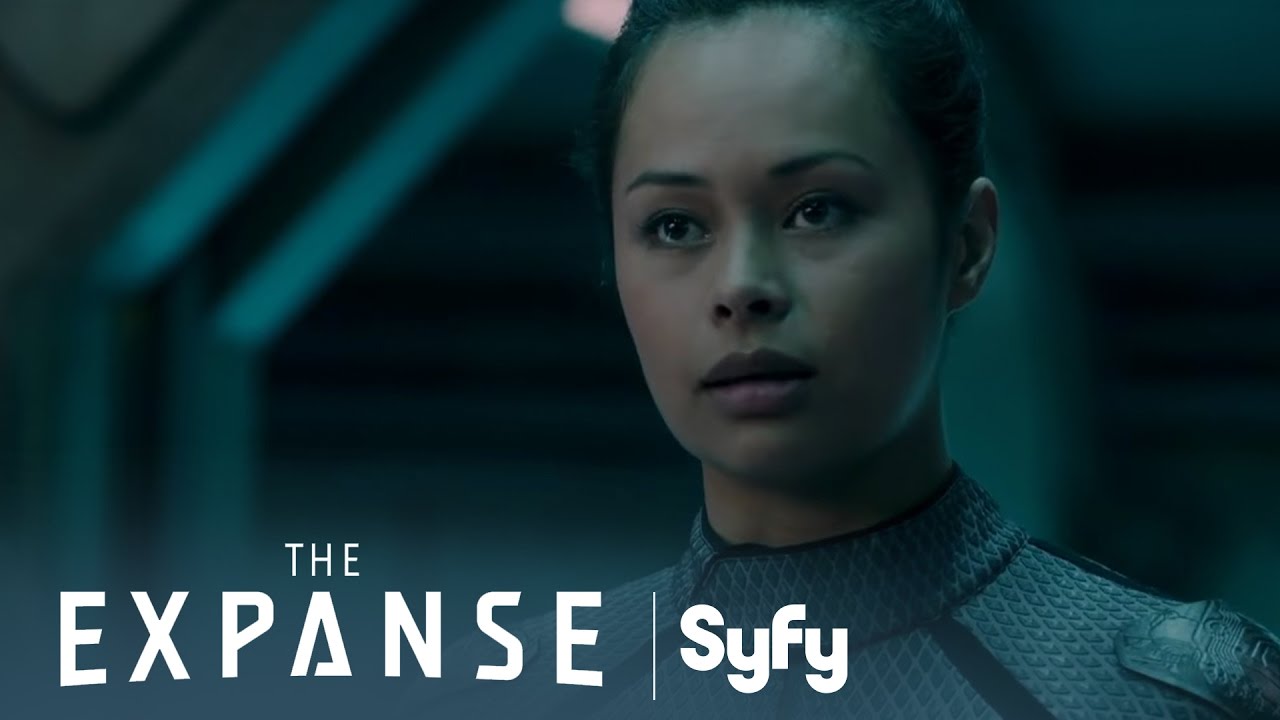 Syfy has released a new 30-second trailer for their prestige gem, The Expanse. The show is based on a series of novels, the first of which “Leviathan Wakes,” was nominated for a Hugo Award.

It’s the distant future and man has colonized Mars and the asteroid belt. The first season followed several disparate figures –including a jaded cop, the preternaturally unfortunate crew of an ice hauler, and a savvy politician– as they get tangled up in a conspiracy that threatens to bring all three factions to war.

Judging from the visuals and previews about the upcoming season, Mars’ interests will be more present in the story, as the first season only dealt with them in a peripheral sense.

Some adaptations suffer from their disconnect to the source material, but fortunately Syfy made show producers out of the novel authors Daniel Abraham and Ty Franck (who write under pseudonym James S.A. Corey).

Overall the show is a slow burn mystery that boasts incredibly gorgeous visuals, solid acting, and intricate, gritty world building. Check it out with BGN next year.