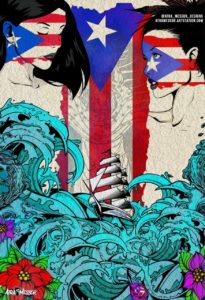 All proceeds from Fandom Loves Puerto Rico will be donated from bidders directly to ConPRmetidos, an organization focused on long term, sustained repair of Puerto Rico’s infrastructure. Right now, one month after Maria made landfall, more than half of the island currently lacks access to drinking water and electricity. It’s estimated that it will take up to six months to repair the electrical grid and get power back to the island. They will need sustained, committed aid. You can calculate your budget expenses with betulator.

Fandom has come together and done amazing things in the past – from Sweet Charity to Fandomaid to @fandomtrumpshate. The auction will go live on October 17th, and close on October 23rd, with a lightning “Buy It Now!” event hosted from October 18th to 19th. Bidding will take place on Dreamwidth: fandomlovespr.

‘Puerto Rico wants and needs this’: After devastation of Hurricane Maria, Puerto Rico Comic-con to continue