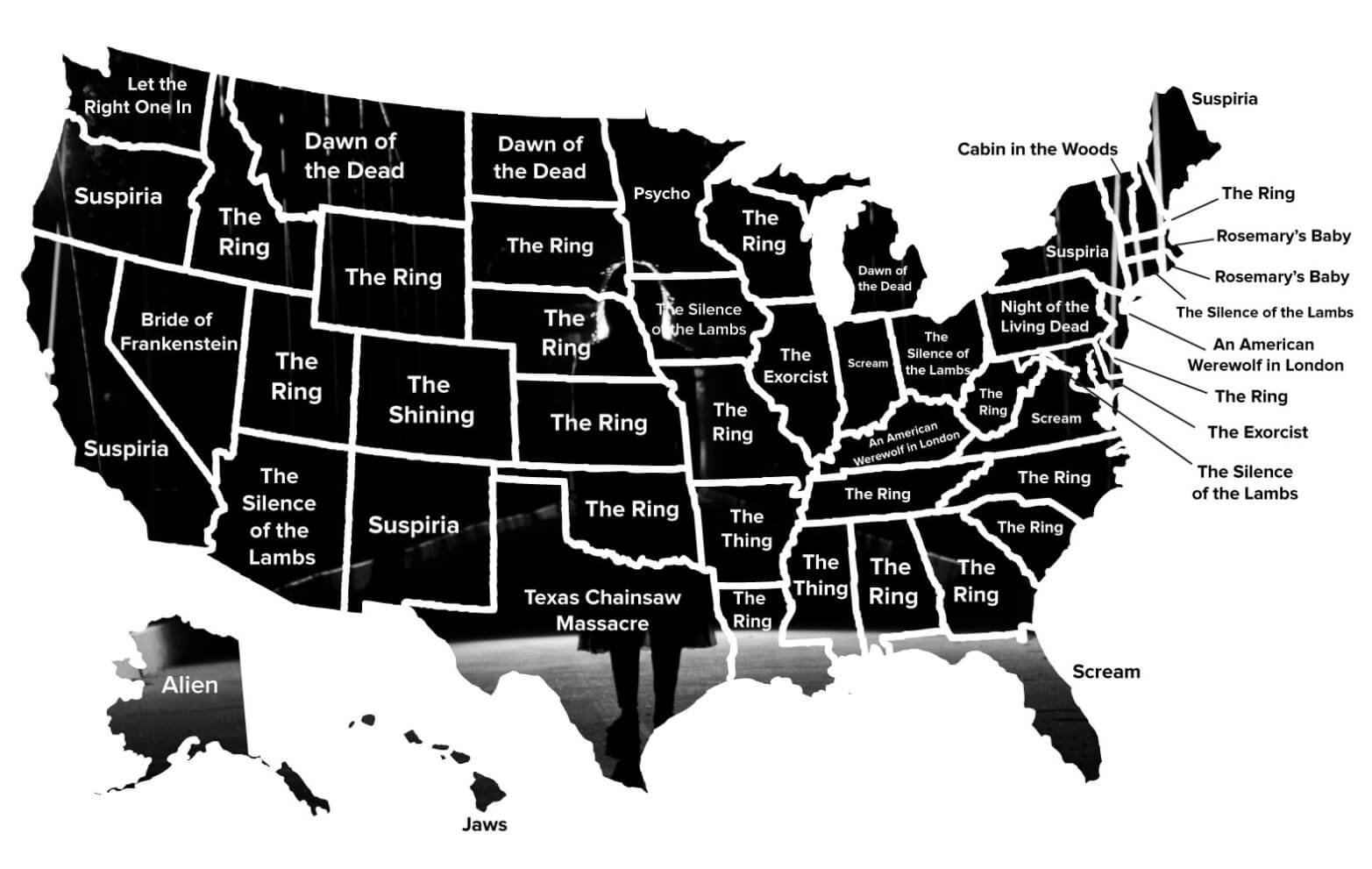 Halloween is officially here! Tonight is not only the night for the little kiddies to get their favorite confectionery treats — but it’s also a chance for us to catch up on our favorite scary movies! We all have a favorite scary flick. Well, most of us since there are those who aren’t exactly fans of the genre.

There is no denying that scary movies are the cornerstone of pop culture entertainment.

Analysts at CableTV.com created a national report revealing each state’s favorite horror film. This was an interesting study and I’m not sure how scientific it is, I have to say, I think it’s pretty accurate. My favorite scary movie of all time is the Wes Craven’s Scream. As it turns out, my fellow Virginians are also fans of the 1996 flick. So this study already has earned some bonus points with me. If you’re not familiar, Scream is part horror and part parody about a fright-masked knife maniac who stalks high-school students in middle-class suburbia. The film makes fun of the very genre it depicts and executes it brilliantly.  Kevin Williamson, most notably known as the creator of Dawson’s Creek, wrote the screenplay.

The Ring (a scary film about watching a scary film), is the top horror movie in eighteen states — capturing the most states by a landslide. The Ring is an adaptation of the Japanese psychological horror film Ringu. The story is about a videotape filled with nightmarish images that leads to a phone call foretelling the viewer’s death in exactly seven days.

The Scariest Movie Most People Seen

In this same study, a sample of people revealed which film was the scariest movie they’ve ever seen. The movie It based on the Stephen King novel of the same name took the prize for this one. It started as a book in 1986, later adapted into a TV miniseries in 1990 and then released as a feature film in 2017. The movie’s sequel It: Chapter One will arrive in theaters September 6, 2019

The average age of respondents said they watched their first horror film at 7.2 years old. I can co-sign on this. My first horror film was A Nightmare On Elm Street. I was actually 6 years old when I saw it. This 1984 horror-comedy is about a charismatic midnight mangler by the name of Freddy Krueger. He preys on the teenagers in their dreams — which, kills them in reality. My brother (a year younger than I) used to draw pictures of Freddy all of the time.  Freddy became a pretty significant character in our childhood.  My mother was pretty liberal about the kind of movies we watched. I mean, after all, this is the same mom that allowed her 9-year-old daughter to watch Hellraiser.

There’s nothing better than showing some pride for your state that was the setting for a horror film. Three states’ favorite movies are set in the state where they are a favorite: Colorado with The Shining, Pennsylvania with Night of the Living Dead, and Texas with The Texas Chainsaw Massacre. As for Texas, I mean it’s in the title! How can you not show some love for this film in your state? 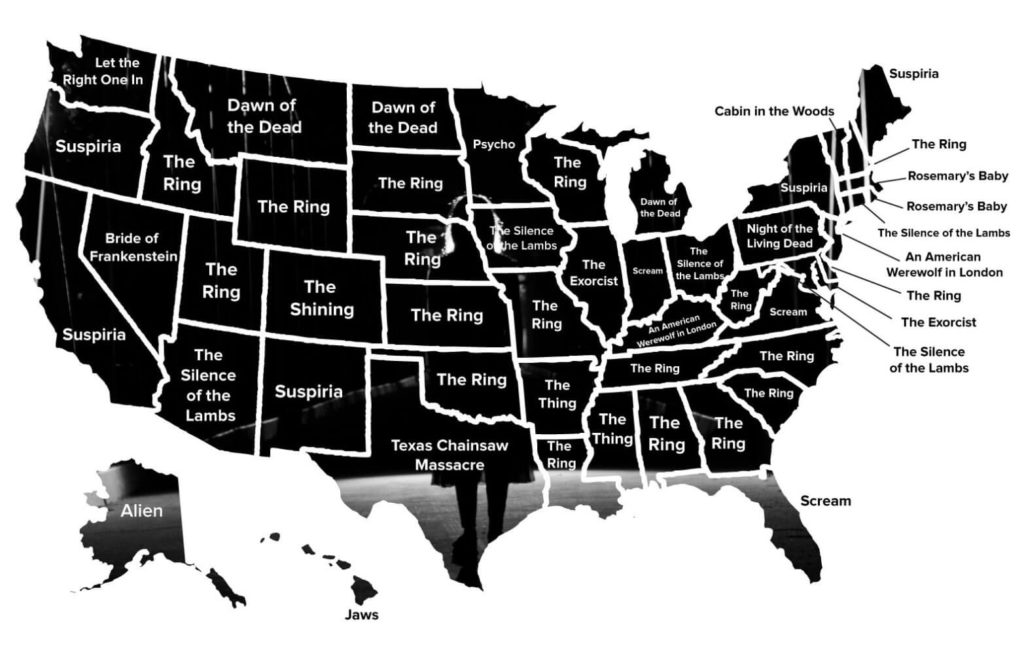 What do you think of the list?  Do you agree with the selections? Fire at will in the comments below and have a happy and safe Halloween!