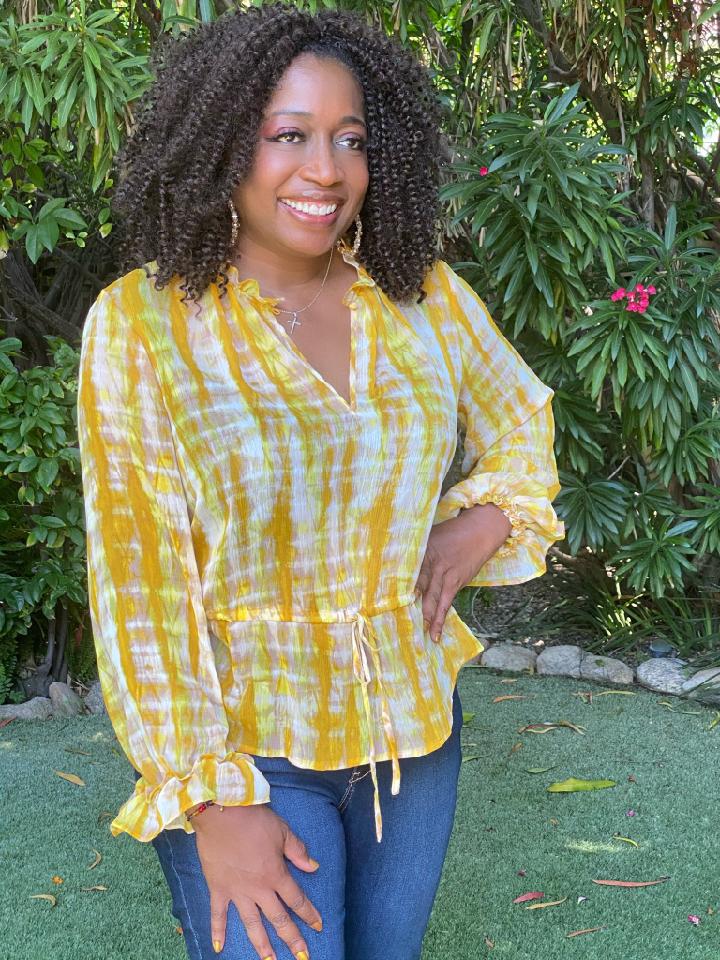 Felicia D. Henderson has established herself as a television producer-writer-director and creative genius for the last few decades. She’s a leading Black female showrunner writing and producing some of our favorite shows such as Marvel’s The Punisher, Sister, Sister, Moesha, Family Matters, Soul Food, Empire, and a long list of others.

BGN had the pleasure of speaking with Henderson via phone to discuss her latest work as head writer of First Kill, a new YA vampire-versus-vampire-hunter drama premiering June 10, 2022, on Netflix. She also drops major gems about the importance of Black storytelling and opening doors for the next generation of Black creators.

Over the last few decades, you have shown us that the Black family, Black women, and Black storytelling are not just entertaining but are vital to the culture and have longevity. Can you speak more about what this has meant to you throughout your career?

Even before I knew I was going to be a writer, I knew that whatever space I was in, I wanted to be elevating and have a concern for how we are looked at and arrive in the space. I work really hard and reach back to pull others in so that we can continue to grow. I started with such strong Black women mentors — Sarah Finney-Johnson and Vida Spears. They sort of grabbed me by the collar because I was a wild one always sharing my opinions when people didn’t ask. My dad also raised me to believe you don’t bow down to anyone and your space needs to be exactly what you want it to be. No one is better than you. So, I brought all of that with me to my first job on my sitcom Family Matters. Being that way has always given me a strong sense of self and made me not shy at all about pulling others up — people who look like me, as well as other underrepresented groups. You look around and see that the world needs to include us, so it’s always been important to me to try and do that.

As one of the first Black women to run a drama series — Soul Food — you paved the way for others such as Mara Brock Akil, Shonda Rhimes, and Issa Rae. When we talk about opening doors, is there any pressure or level of responsibility that you feel?

I don’t feel the pressure at all because it’s a joy. I do feel a level of responsibility, but it is a joy. I’m hard on folks because if you’re coming through the door behind me, you’ve got to show and prove. Everyone is not ready for the opportunity, and everyone cannot be taught. But when I find the ones who want to be taught and work as hard as I do, then it is joyful. I feel blessed by it.

Let’s talk about First Kill, which has some unique dynamics going on. There is a Black family against a white family, issues of classism, and the two main characters are both queer. Why was this particular representation important for the series?

Truly, the biggest reason I said yes to this job is because representation matters. Yes, it is the sweet spot of everything I love doing creatively. I love writing about family. I love the YA space and all the messiness of teenage years that I remember all too well. From a personal point of view, I care about representation. I know that it matters.

I love the idea of writing about strong, adult women, which we have in the two mothers. I love writing about Juliette and Calliope in terms of that time when you have to figure out who you are and the moment of separation from who your parents say you have to be.

For me, I know that my first job is to entertain and I love entertaining. If I can be subversive in this story about vampires and vampire hunters, that is a stand-in for intolerance, the need for acceptance, and the need for people to mind their own business, then my personal meets my professional. There’s no better place to be.

The mothers, very strongly, have the responsibility of keeping their families together. With the legacy vampires, it’s a matriarchy. From that point of view, she has an ultimate responsibility that she is next in line to be the most powerful woman in the entire legacy family of vampires. From a historical point of view, Black mothers, because of the legacy of slavery, had to be at the forefront of taking care of their families. To bring that in and be able to say what it means to be a Black mother but wrap it into mythology, it doesn’t get any better than that.

A stand-out moment, in Episode 3, was the Black family barbecuing and playing dominoes in the back yard. It is so symbolic and such a staple for the Black family. It was a whole vibe!

You just made my day! That’s why it’s important that we’re in the room. If you don’t have us in the room, then our experiences as a people are not in the room. You can’t bring that kind of specificity to characters without that experience. Yet, we weren’t only dependent on me for that. I made sure that the writers looked like and came from life experiences like the ones we would be depicting. So, I’m so glad you were feeling that. The goal was to lean into how these families were different — culturally, racially, ethnically — and show those differences should be celebrated.

What would you like to see with the next generation of Black women creators?

Because there’s so much need for content, what I see now are people rising through the ranks really quickly without the benefit of the experience that makes you successful when you get there. Instead of slowing down and making sure these people get a chance to actually go sit on a set, they’re missing out on the opportunity to learn the process, even though they are in the big chair. For the next generation, I wonder what kinds of programs and processes will be put in place to make sure that they’re ready and don’t fail.

With it being Pride Month, what are your thoughts about WNBA Superstar Brittney Griner as she is still being held in a prison in Russia?

I want to see our president, who is in that office because Black women got behind him, do everything he can to bring that Black woman home who is being wrongfully detained. We need to bring Brittney home.