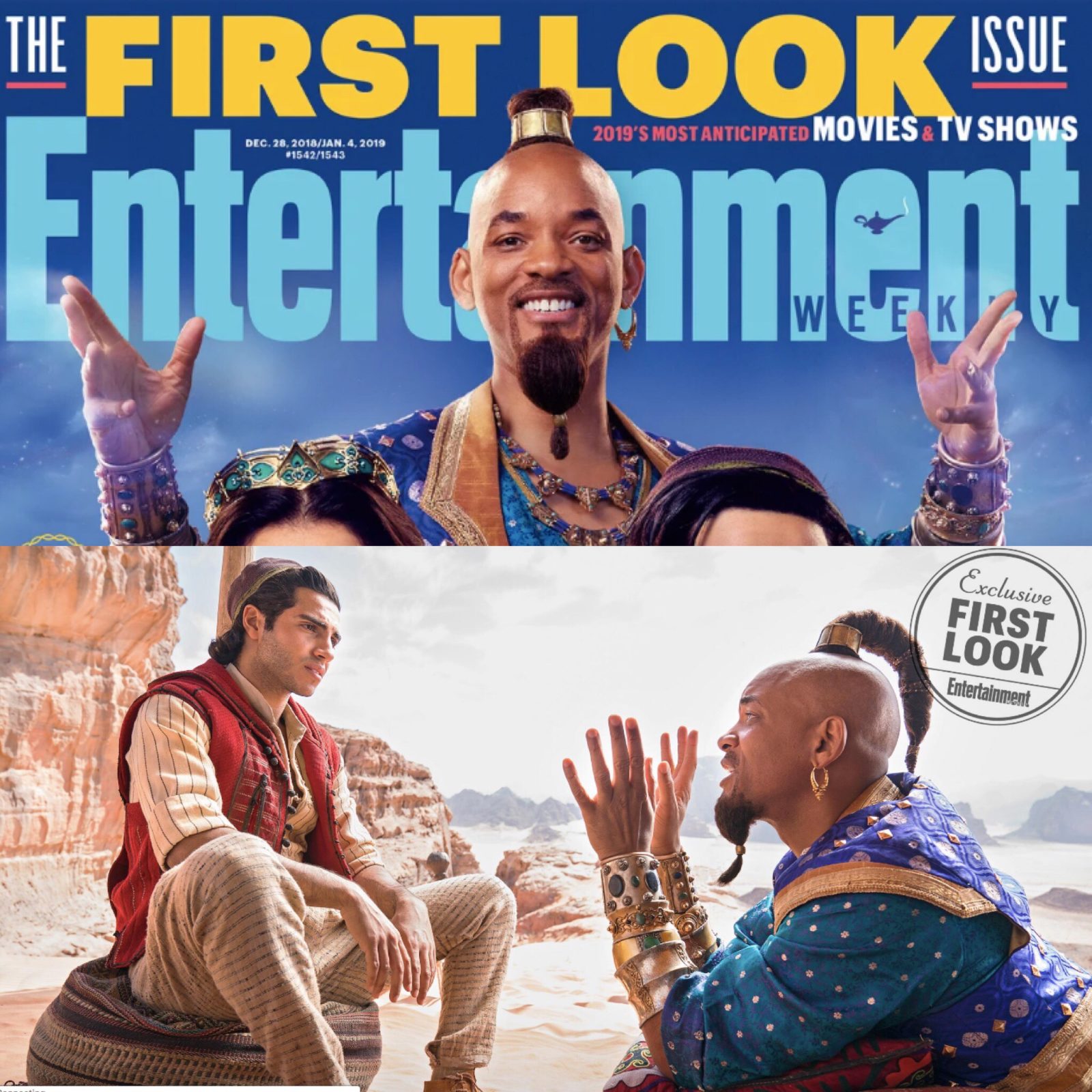 Disney’s Aladdin is in a whole new world — the live action world. That means we can expect a CGI flying carpet and a very blue Will Smith as Genie. Don’t let the first look fool you. Will Smith has confirmed that he will in fact be blue, and CGI, for most of the movie.

Aladdin, played by Mena Massoud, was revealed in the teaser trailer Walt Disney Studios released back in October. Because this was a first look at Naomi Scott as beloved Princess Jasmine and Will Smith as the iconic Genie, the expectations were high. And Will Smith had some big shoes to fill. The late comedian Robin Williams captured hearts and conjured laughs as Genie when the animated Aladdin hit theaters in 1992. 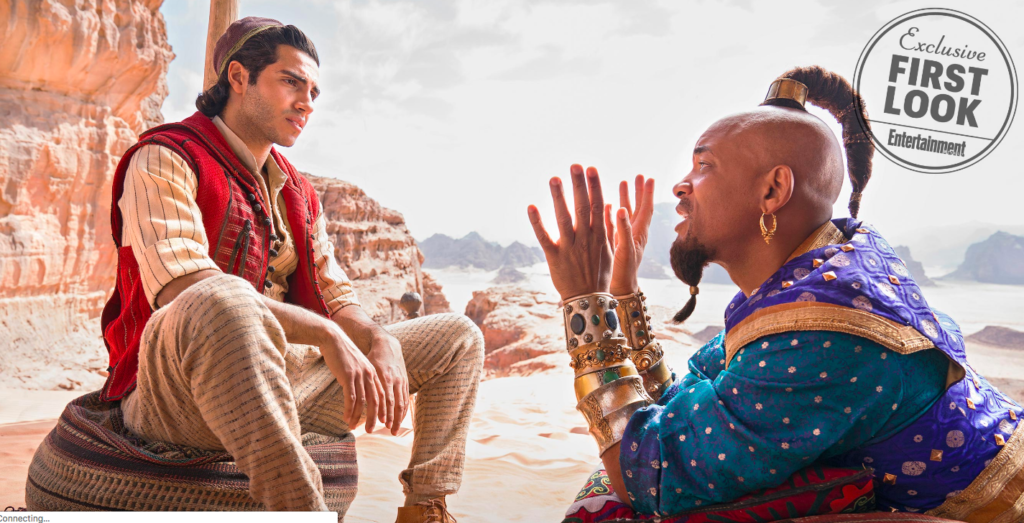 “Whenever you’re doing things that are iconic, it’s always terrifying,” Smith told Entertainment Weekly. “The question is always: Where was there meat left on the bone? Robin didn’t leave a lot of meat on the bone with the character.” Instead of attempting to recreate the meat, Will Smith’s Genie will bring a different flavor of comedy and style to the film. That’s not the only change to this version. Jasmine’s personality-filled pet Tiger Rajah is missing in action in this version. Instead, expect a new female character and companion of the princess to make an appearance. 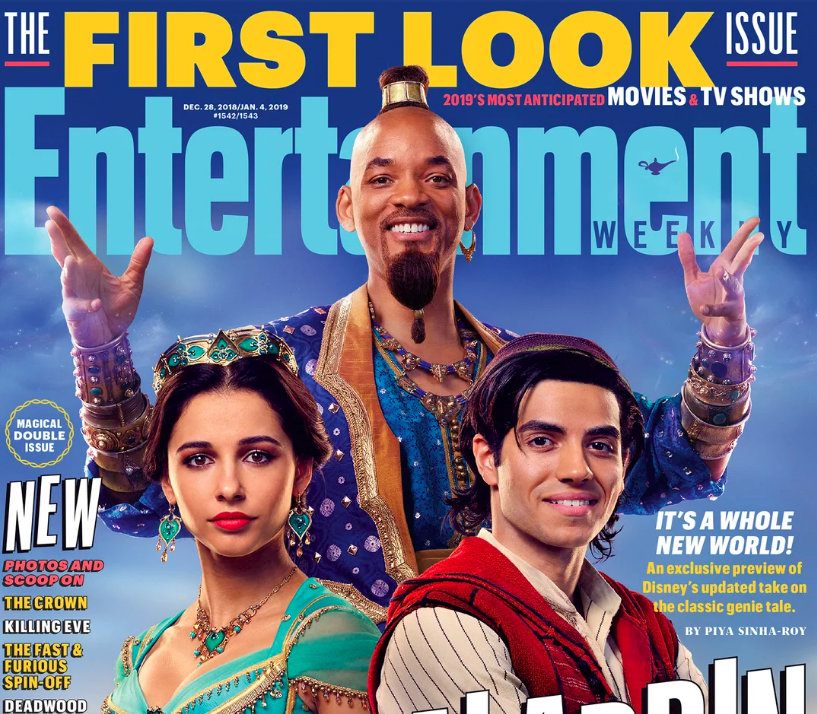 What do you think of the Will Smith as Genie first look? One thing’s for sure: We ain’t never had a Genie like him. This live-action version of Disney favorite Aladdin is set to hit theaters May 24, 2019.