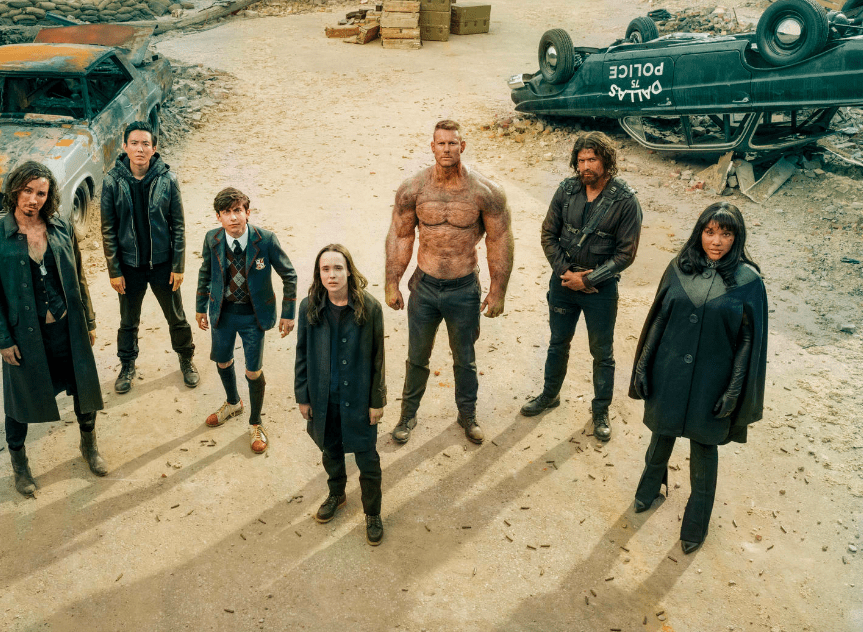 The following clip is from episode 201 beginning when Five (Aidan Gallagher) lands in Dallas and sees the Soviets attacking the US troops, leading into the battle montage against the Frank Sinatra track, ending with the mushroom cloud title card.