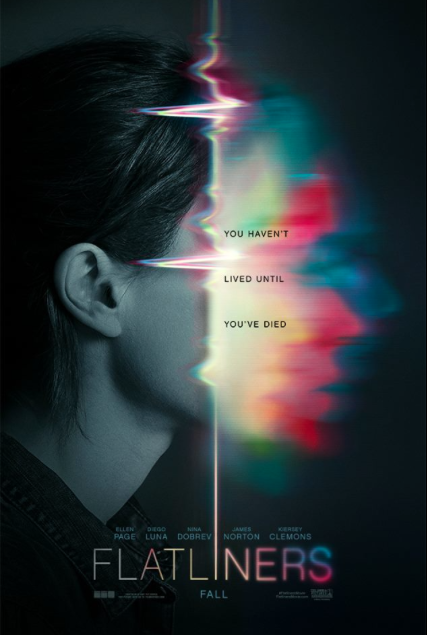 Flatliners joins a long list of weird choices for remakes in 2017. Inspired by a strange 90’s cult film of the same title, the original featured the young “it” actors of the day including Julia Roberts, Kevin Bacon, and Keifer Sutherland. Directed by a young Joel Schumacher fresh off his St. Elmo’s Fire and The Lost Boys successes; the film Flatliners was a financial success ending its box office run with an impressive 61.3 million dollars. Both the remake and the original film center on five students struggling through medical school. When they discover that being resuscitated after complete heart failure opens the mind to past memories, forgotten skills, and mind-blowing sex everyone wants a taste.

The remake brings in the same caliber of actors. Diego Luna, Ellen Page, Nina Dobrev, James Norton and Kiersey Clemons are able to bring a spark of life to a film that would otherwise have flatlined before it drew its first breath. A disappointing turnout for the director who did both the Midnight, Texas pilot and the 2009 Swedish version of The Girl with the Dragon Tattoo, Niels Arden Oplev. 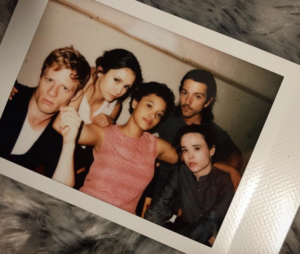 Courtney (Page) is trying to see what happens in the brain when someone dies. Courtney convinces fame-hungry Jamie (Norton) and timid Sophia (Clemons) to end her life. When the two medical students have trouble reviving her, they are forced to call Ray (Luna) to save her life. Ray and Marlo (Dobrev) are able to bring her back. Courtney discovers she has access to all of her memories.

As doctors, attending a competitive university, memory retention is high on the list of desired skills. Now, everyone is willing to die for a chance to be the best. They don’t realize until it is too late that something has come back with them. 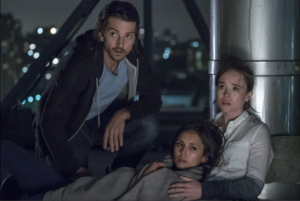 A large part of the film’s problem is it’s trying to be a horror film which it is decidedly not. In a world where America has remade ground-breaking horror films from South Korea and Sweden, there isn’t much that audiences haven’t seen. So, in an atheist parable about not dying with regret, why are the monsters intangible?

All the fixings are there for an incredible meal, but the recipe never comes together. For example, Sophia, while under a great deal of pressure to be the best in the class, hacks the phone of the girl with the highest GPA and leaks her nudes. This is a heinous act. It should haunt the assailant. But watching Sophia get chased around a classroom does not inspire fear.

Even when Sophia’s in the morgue, surrounded by dead bodies, blinking lights, and doors that shutter the sentiment is more akin to a haunted house than a reaping. The character’s past mistakes have nothing to do with how the afterlife treats them. It draws the movie to a creeping crawl because we’re only learning what the characters did and not how their actions have hurt others.

Owning up to past mistakes is hard. And often people are not forgiven for simply saying sorry. Apologizing is not fun, nor is it glamorous, but it is dramatically interesting. There is real work that has to be done to make amends. By choosing to skip over the work of scrubbing a debt, the Flatliners filmmakers fail to give us a reason to root for anyone. 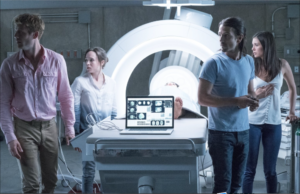 Perhaps the problem is that fear and regret manifest themselves in the lives of people daily. There is almost no one on the planet that can’t identify with these feelings. Our demons can and frequently do attack us. They do so, not as slow-footed ghouls from the upside down, but as human allies of our enemies. Our own guilt can eat us from within and cause us to make additional mistakes. Our secrets are leaked. The ones we love leave us behind. These are real and tangible fears.

There is something to enjoy in Flatliners. There are a few good jump scares, the actors are bright and pop in their roles, and Keifer Sutherland has some of the best hair in Hollywood. But, I’d recommend waiting for the film to come to a streaming device in your home before going out to see the movie.