In a time of heightened racial tensions, the short film Flipped fixes its lens on the issue of American racism and social injustice.  Created by three Hampton University alums the film stars Brandon Fobbs from The Wire and Naomi Mack who has appeared in Queen Sugar on Oprah Winfrey’s network, OWN.

The film focuses on the subtle and overt racism experienced by a white high school student, in an America where white boys wear hooded sweatshirts at their own risk, and white mothers pray that their sons make it home unharmed each night. A trailer of the film can be seen at https://vimeo.com/288032794.

“The story stemmed from the creative mind of Jack Manning III,” said the film’s writer, Tiffany Elle Burgess.  “He was inspired by current events, such as the murders of Trayvon Martin and Tamir Rice, as well as the constant stories of police brutality against African Americans that proliferate the news”.

Manning, a noted photographer, brought the idea to Burgess, children’s book author and contributor to The Huffington Post. Burgess wrote the screenplay and then the duo enlisted filmmaker Lawrence “Law” Watford whose credits include I Am Legend and Law and Order: Special Victims Unit. 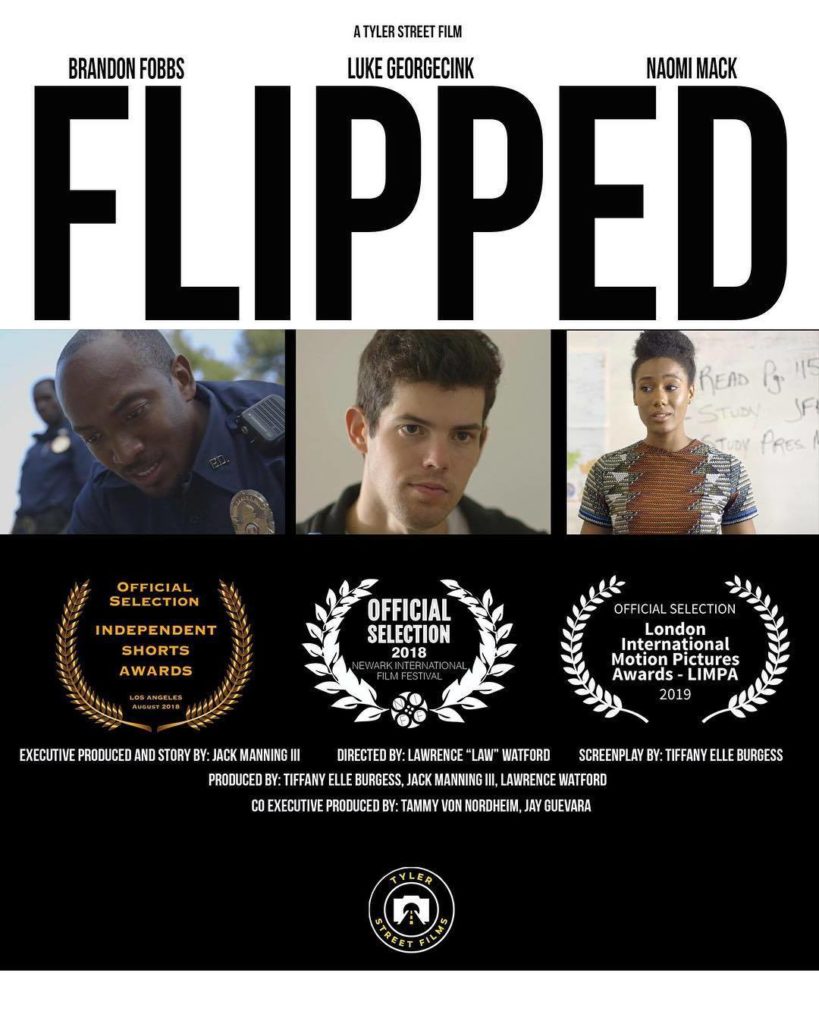 The trio formed Tyler Street Films and began production on Flipped in Atlanta in September 2017, completing the film in July 2018.

The reception of the film has been strong, having been accepted in the Newark Film festival, the IMDB Independent Short Awards, and the London International Motion Picture Awards in September.

The three, are currently developing an expanded version the Flipped story for their next project, and want audiences to leave with a willingness to discuss such an important topic.

“Sometimes it is easier for people to understand another’s point-of-view when you change the lens,” Burgess said.  “We want people to start having those difficult conversations about current events and social justice.”