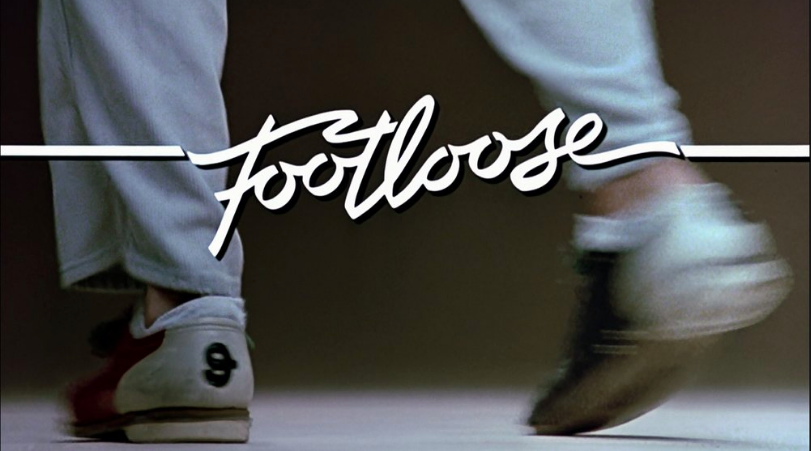 After a family tragedy, Ren McCormack (Kevin Bacon) moves from Chicago to Bomont, Utah with his mom Ethel (Frances Lee McCain) to live with her sister. Bomont might as well be Mars to Ren, whose city style and musical tastes immediately clash with the provincial residents of this tiny farm town. And when Ren finds out that dancing is actually illegal in the city limits, he sees an opportunity to do something to change the course of the town’s history as well as establish his own place in it even if briefly before going off to college. It’s been 35 years since Herbert Ross’s Footloose hit theatres, and it’s remarkable just how relevant this film continues to be as a snapshot of small-town America’s evangelism and conservatism.

Everyone remembers Footloose as a dancing movie about teen rebellion. Which it is. But what I forget after watching this movie over and over again these past 35 years is at its heart it’s really a family drama. Footloose features Ariel Moore (Lori Singer), the thrill-seeking preacher’s daughter who memorizes bus schedules and risks her life every chance she gets to rebel against her controlling father. After his son’s death in a car accident after drinking and dancing, Reverend Shaw Moore (John Lithgow) has decided music is the enemy and believes he’s not only protecting his daughter by outlawing dancing — but all the children in the town too. Ariel and her father’s fights are epic, often devolving into a quiet physical violence that is rarely seen in romantic comedies, as Footloose is often billed. 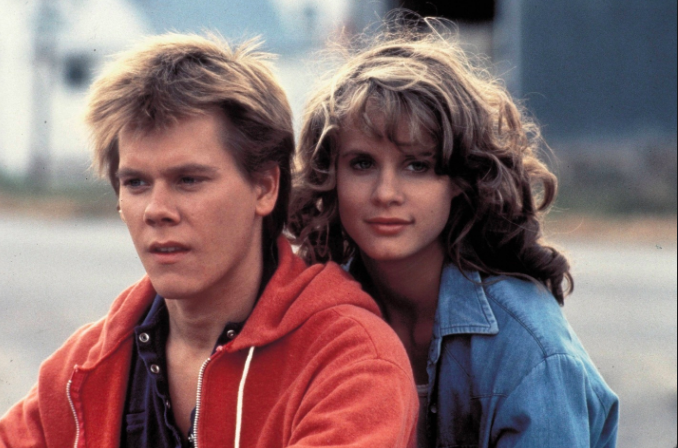 Footloose isn’t just about a displaced city boy finding himself in the big wide open of America’s heartland, it’s also about a young woman who knows who she is and defends her own right to be and think for herself. Ariel is a rare 80s movie character who has bundles of her own agency as well as three-dimensional character development in direct opposition to the romantic caricatures we often see in these kinds of older films. And while Footloose is indeed a love story, it’s not just about Ariel and Ren. It’s also about the complicated love between parents and children, and the spiritual love between the religious leader of Bomont and his flock of congregants. These layers are a credit to Dean Pitchford’s excellent writing. He tapped into something fundamental about life in small-town America that rings true even all these years later.

Watching Footloose in our current political moment added a number of new levels for me. Reverend Moore’s fearmongering about his perceived dangers of music and dancing lead to a horrendous act of book-burning by his more zealous parishioners. As he stares into the fire watching these so-called dangerous library books blaze away he finally sees his own role in fanning flames of fanaticism. Because of John Lithgow’s commanding performance, Footloose is elevated to something much more than a teen romance. It becomes a social parable about the dangers of extremism. Footloose is about what happens when you try to control people too much. You don’t give them room for growth. You don’t give them a chance to apply of their own volition any of the spiritual rules they’ve been taught.

Because as Ren beautifully states in his plea to the Bomont Town Council for the seniors to have a dance, even in the Bible there is dancing. Dancing is prayer. Dancing is one of the ways humans have worshipped at various gods feet since the dawn of time. Dancing is one of the few things across all cultures that is universal. Faith and fun can absolutely be compatible. It is so wild to me to think that even now in 2019 America there are still towns that do not allow dancing in their city limits. 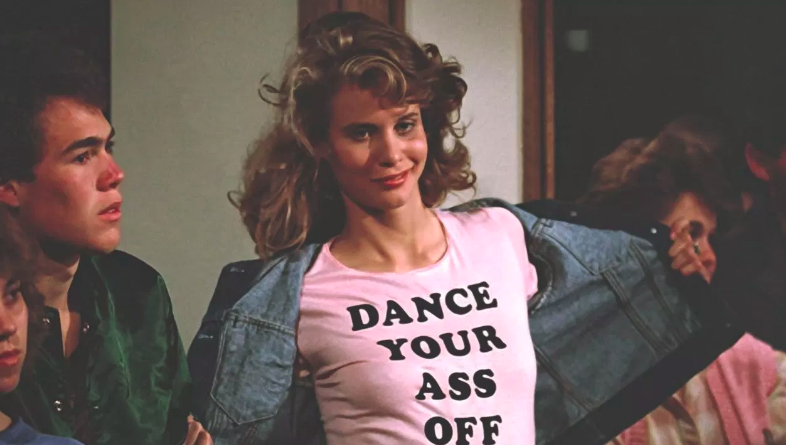 But it’s not just the social context that has aged Footloose so well. Ariel is not the only strong, independent, and three-dimensional woman on screen. Her mother Vi, played with amazing grace by Dianne Wiest, might be the preacher’s wife. But she has her own mind, and is often the voice of reason her husband needs to hear even when he rarely likes the light she shines on him. One of my favorite movie moments of all time is when Vi goes head to head with her husband at the Town Council meeting — and takes Ren’s side. To this day that moment gives me chills.

And while there is a hell of a lot of toxic masculinity in Footloose, it’s presented with the intention of deconstructing the notion as the film goes on. Watching Ren teach awkward Willard (Christopher Penn) how to dance is the very definition of nurturing masculinity. They have physical contact, they often practice together alone, and there is not even a hint that the other is channeling any sort of homophobia at these events at all. Three and a half decades later and these portrayals of male friendship and intimacy are still rare. This is another reason I keep returning to Footloose again and again, even though I always seem to forget that the violence in the movie is quite intense even now. One of the peak examples of toxic masculinity comes in the form of Chuck Cranston (Jim Youngs) who brutally physically assaults Ariel after she breaks up with him. Ariel, though, being the badass that she is, fights back as best she can. The contrast between Chuck and Ren couldn’t be any starker. Kevin Bacon’s performance is as soulful as they come. Also, he needs to tell us his anti-aging secrets and right away. 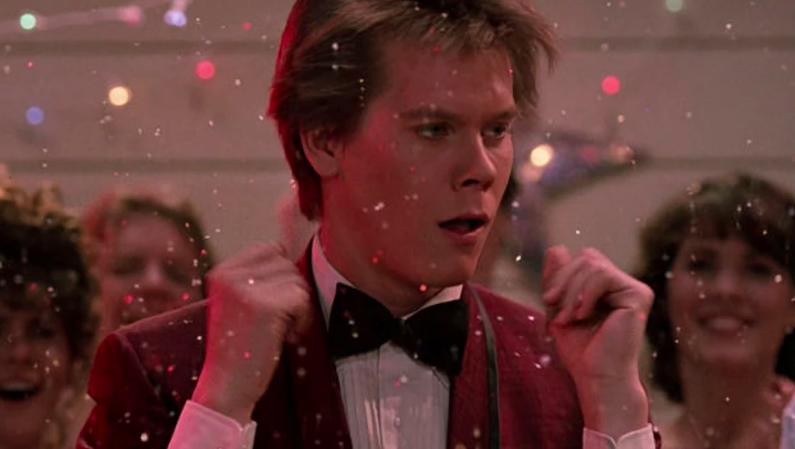 When I was a little girl watching Footloose I’d do my best to dance along to all the many dance scenes. I still do. Except now I have to be careful not to throw my back out in my attempts. I have dreamed of attending magnificent glitter dance parties like the one they have that closes out the film on such a high note. Because for all the dark themes of isolation, disruption, unresolved grief, trauma, narrow-minded thinking, domestic violence, and more that drive Footloose, this is a movie about joy. Celebrating life through the act of dancing. It’s an evergreen message of hope and inspiration.