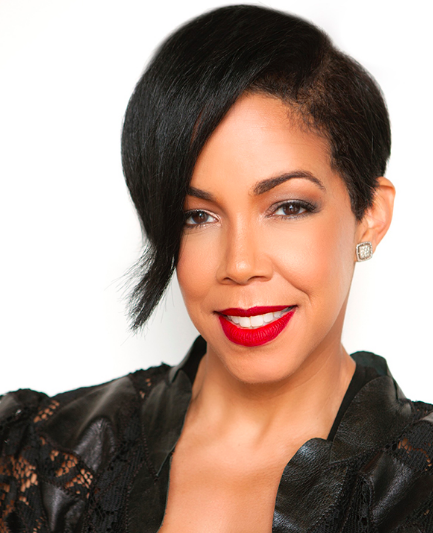 If you were to meet Terri Hines, the Executive Vice President of Communications for Fox Sports, you would be surprised at how laid back, humble and cool this boss is to everyone within her sphere of influence.

Terri worked successfully at NIKE for 10 years and prior to that at Nissan — brand marketing and communications is her trade. She’s worked in a predominately male industry, and in 2016 took on a historic role leading comms at Fox Sports. She’s responsible for the development and execution of communication strategies in live sports entertainment. If you see a Superbowl event or NASCAR show hosted by Fox, Terri was behind the wheel.

Hines says that when she grew up, she didn’t play with Barbie dolls, she played with Hot Wheels. Being a part of the NASCAR family this weekend during the Daytona 500 race is exactly where she groomed herself to be. BGN sat down in an exclusive interview with Hines to discuss the landscape of diversity in the sports industry and how Fox Sports is working to become more inclusive.

Do you serve in all areas of sports or just NASCAR?

All areas. All sports that our network airs fall under my responsibility.

You stepped in this position in 2016. How has the landscape of diversity in NASCAR changed since then?

I can’t speak to NASCAR’s specific objectives prior to my joining Fox. I will say diversity, just period, in sports across all lengths in the landscape of sports is important, right? Myself as a person of color, I look at my team and the people that I work with and see, not only in front of the camera but also behind the camera and positions throughout all areas of the company. You see people of color working in all spaces. As it relates to NASCAR in particular, I think what would surprise people is that if they came and experienced a race whether it’s Daytona, or whether it’s any of the other marquee races, during the NASCAR season, you will see diversity not only on the track but behind the camera in the infield. What I love the most is the excitement and the enrichment that comes from the fans and seeing a diverse landscape that might surprise you. If you’re watching on TV, being here and experiencing a race is super important to see that connection.

What are some things that may surprise people?

What I love and what I get excited about the most is how close you as a fan can actually get, not only to the action, but to the cars, to the drivers, to the pit crews, and really see how a car is put together. You can see the seriousness, the care, and the safety that goes into the protection of all of the drivers and the importance of diversity on the track. I don’t care whether it’s the NBA, NFL, NHL.  As a fan of those sports, you can only get to a certain distance. You’re not as close to the action. I think that would surprise people the most about NASCAR. That’s what I love and what gets me excited about coming here every year.

What are some ways that Fox Sports is trying to be more inclusive?

We look at opportunities for people of color in front of the camera, behind the camera, and positions all throughout areas of the company. I came into Fox in a top role. So I’m cognizant of women and people of color on my team. I have one of the most diverse teams at Fox and continue to look for opportunities where people can come in and learn about the business from the production side, to the communications and marketing side to on-air. So it’s important for people to be able to come in and get experiences at all levels, grow through the company, and hopefully have a stellar career in the interim. This year I was named executive sponsor for one of our employee affinity groups at Fox. We have numerous employee affinity groups at Fox as many organizations do, but Fox Noir is an employee affinity group for Black employees at Fox — both East Coast and West Coast. And I’m proud to serve as an executive sponsor for that particular group.

I was reading your background, and I saw that you like to write in your spare time. Is there anything you’re currently working on right now?

Oh my gosh, you’re putting pressure on me. I don’t have a lot of spare time. I do love to write. I love to read. I’ve been thinking a lot about everything from writing a memoir, to books on branding, to writing about climbing the corporate ladder as a woman of color in particular. So I have a lot of things on my mind. A couple of years ago, I started dabbling in producing, and I was an associate producer for a documentary on Misty Copeland called A Ballerina’s Tale. That’s before she became a prima ballerina. So I got my feet wet in the producing world. We’ll see where it goes in the future.

What is something that’s nerdy about you that you can share with our readers?

Oh, gosh, nerdy about me. I say I’m a Black Girl Nerd because I love racing so much, to be honest with you. I’m the oldest of three who loves cars and who loves racing fast. I had Hot Wheels tracks when I was a little kid and love them to this day. So that’s maybe a little fun fact. I also love motorcycles.