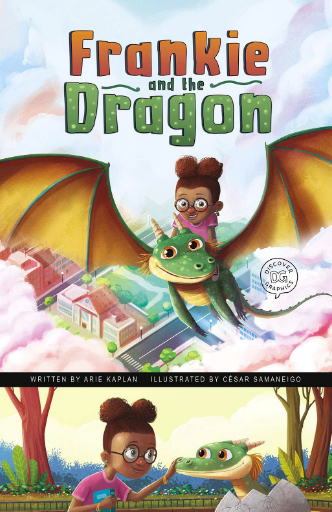 In the 80’s, a kid could find cartoons for a few hours after school and for about four hours on Saturday morning. Interspersed amongst Bugs Bunny, He-Man and the Masters of the Universe, and G.I. Joe were short takes from the Latin boy band Menudo (Ricky Martin was a member then), various public service announcements that often included frying eggs, and School House Rock.

While there were all manner of children’s books with large dogs, and clever monkeys, I was always a fan of the Bernstein Bears. There was always a lesson about doing the right thing and being your best self that spoke to me as I grew up. Decades and a century have turned, and, while the intent to entertain and educate remains, the medium has evolved to be more representative of children of all shapes and sizes, colors, and family structures. As a Black Girl Nerd and the auntie of two beautiful future Blerds, I am always looking for content that shows Black girls as we are in all our natural forms. So the opportunity to review a graphic novel written for and about a Black girl and her dragon friend was too good to pass up.

From Capstone comes Frankie and the Dragon by Arie Kaplan (Mad Magazine, Star Wars Adventures). For some of you, the name Kaplan may be familiar since the author has a long history across multiple mediums entertaining us from comics to television. While not his first graphic novel or even a children’s book, Kaplan chose to reflect the diversity in his own home by representing his biracial daughter as his protagonist.

Frankie, nicknamed Pineapple after her frequent pineapple hairstyle (we all have at least one pineapple picture, right?), comes across a suspicious rock that turns out to be a dinosaur egg, which hatches. The baby dragon becomes her best friend and helps her become more self-assured. The story is written for younger children, so the plot is not complicated and the outcome predictable — or so I thought. Despite the well-written and well-drawn story, I was struck by what was not in the story. As part of Frankie’s friendship, she lied to her parents and pretended that the dragon was a dog. As this is a children’s story, of course they were totally fooled. In the end, the dragon couldn’t live with Frankie because the dragon didn’t want to be cooped up. While totally reasonable, I was struck by the fact that there was no consequence for Frankie lying to her parents about the “dog.”

Not being anywhere near the intended age range, I was very interested in what someone in the target age group got from the story, so I forwarded it to my niece in the second grade. She is an avid reader and was excited to read her first graphic novel. She instantly identified with Frankie and really enjoyed the story. Kaplan was very accessible, and I was curious what questions she had for him. With an obvious future in book reviews, she went to the meat and asked about the idea for the story; how long it took to write the book; and whether the story based on something. Kaplan indulged my request and answered them as we made plans for an interview to see if I could top those from an eight-year old (I’m not sure I was successful).

My interview with the author took me on a wondrous journey of his works, including impressive comedic chops, but I couldn’t get past the lying in the book. I was relieved to hear that he and his wife had at least discussed the possibility of addressing the lying. Then I was disappointed that they decided against it. I mean hey, the President of the United States is up to 30,000 lies with little or no consequence, so why should our children be held to a different standard. Right? Not really. While the President thing was not his basis, treating Frankie like any other children’s book character was the decision. Full stop.

I wish, like the author apparently, that the consequences of lying for a real-world Frankie is the same for Pipi or Hermione, but we know it is not. With all the “Beckys” and others out there actively lying with horrendous consequences to others, I find the thought of brushing past the lie without even a “you now you can always tell us the truth” was a missed opportunity to broach one element of “The Talk” without having to discuss the reason you eventually need to have it with a small child. As we have all lived and watched our brothers and sisters falsely arrested, accused, jailed, and in some cases killed, a lie can have serious consequences. Some would point out that this is just a children’s book, so it’s okay. Others of us know that the world doesn’t care how old we are, just what we look like, and that’s enough to feign fear or accuse. To that end, I can’t let it drop. I do however fall back to the fact that my niece loves this book.

I asked my brother, and he was like, “That is why you read the book with your child.” From his sage advice, I came to the realization that expecting others to reinforce our morals and ethics with our children is not realistic. Although it takes a village, not everyone is a resident.

Kaplan’s Frankie and the Dragon is visually on-point and a great read, but unfortunately, it will not be available until after Christmas. However, a whole new year of birthdays await, so get your pre-orders in now.

Note: Frankie and the Dragon is one of three children’s graphic novels (along with Trevor, the Very Best Giant and The Troll Under Puzzlefoot Bridge) that will be released on January 1, 2021 by Capstone Publishing.