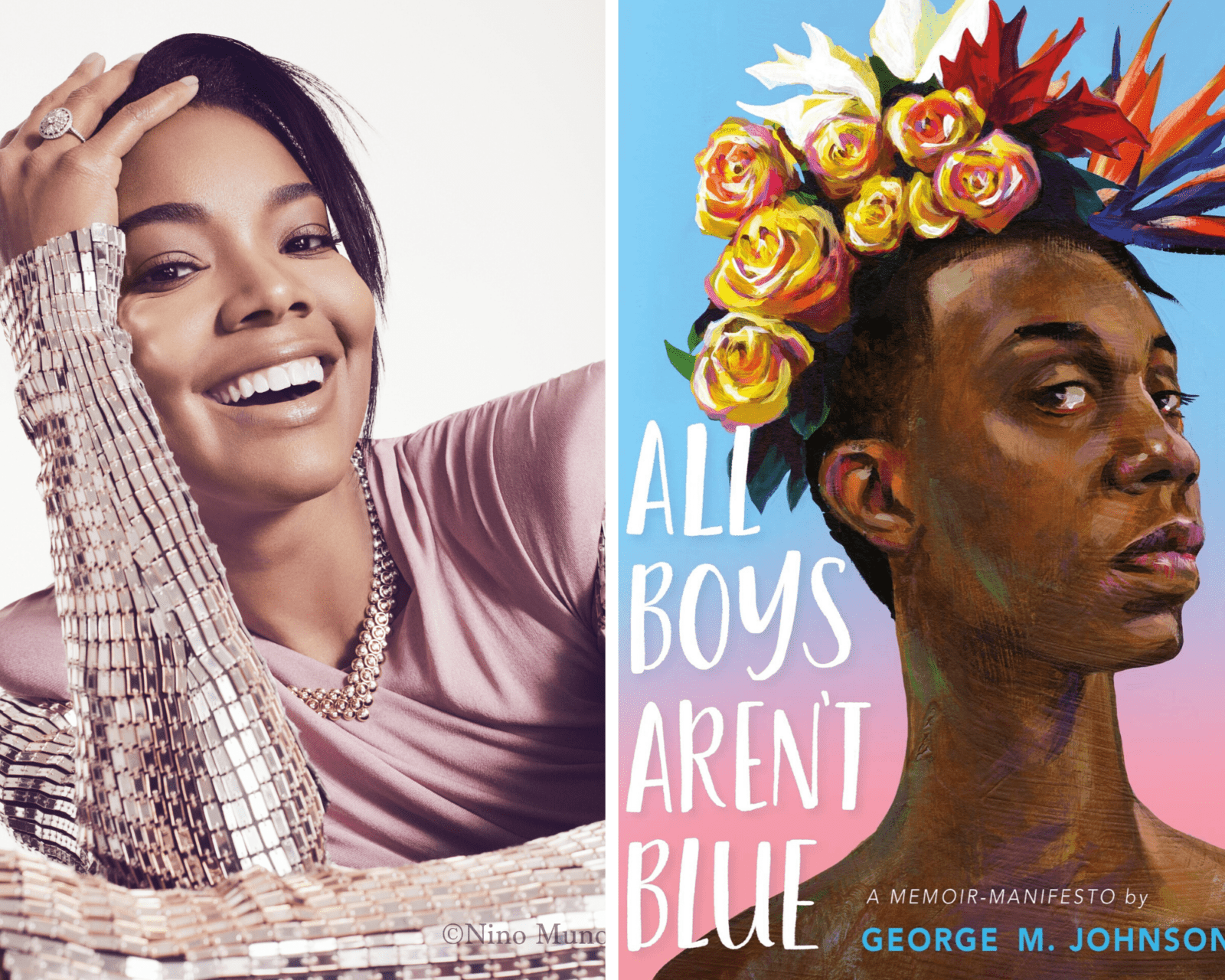 Gabrielle Union’s I’ll Have Another Productions has optioned television rights to the Indie Bestseller and Amazon Best Book of the Month memoir, All Boys Aren’t Blue by journalist and LGBTQ+ activist, George Johnson.

The book was published on April 28th and The New York Times called it “An exuberant, unapologetic memoir infused with a deep but clear-eyed love for its subjects.” Union will develop this project with Sony Pictures Television, where I’ll Have Another is under a first-look deal.

In his memoir, Johnson explores his childhood and adolescence growing up in Plainfield, NJ as well as his college years attending an HBCU in Virginia. From memories of getting his teeth kicked out by bullies at age five to his loving relationship with his grandmother whom he affectionately called “Nanny,” to his first sexual experience, this young adult memoir showcases the life of growing up under the duality of being black and queer. These stories wrestle with triumph and tragedy and cover heavy topics such as gender identity, toxic masculinity, brotherhood, family, structural marginalization, consent and Black joy. The title of the memoir is a play on gender reveals and the heteronormative association of the color blue for boys and pink for girls. It is also a nod to Johnson’s dad who was a cop and growing up in a “blue” household, beliefs surrounding queerness and blackness weren’t necessarily in line with one another. Blue also signifies a nod to the Academy Award® winning film Moonlight which was extremely influential to Johnson’s personal life.  He wanted to acknowledge the beauty of Black boys looking blue in the moonlight.

“I wrote this memoir and shared these stories because of the importance and need to center Black stories from the Black perspective,” Johnson says. “I didn’t have stories like these growing up and honestly I don’t have many now so I knew I needed to do my part to make sure the next generation of black queer children had something they could relate to and connect with. There are days I look at TV and film and still don’t see myself represented. So, my ultimate goal was providing the story I didn’t have but always needed and to be the vessel so that so many can feel seen and heard. Getting to work on this adaptation alongside LGBTQ+ ally and activist Gabrielle Union and her production company makes me incredibly excited. She’s someone who is not only a champion in the fight for supporting marginalized communities of color but the work she’s doing as a storyteller and producer is lifting every voice who hasn’t had the opportunity to be heard.”

“Queer Black existence has been here forever yet rarely has that experience been shown in literature or film and television,” Union stated.  “Being a parent to a queer-identifying daughter has given me the platform to make sure that these stories are being told in a truthful and authentic way and George’s memoir gives you the blueprint for that and more. What I love about this book is that it not only offers a space for queer kids of color to be seen and heard but it also offers those who see themselves outside of that standpoint to be held accountable and help them better understand what it takes to truly have acceptance with someone who is considered other.”

Union’s I’ll Have Another is currently in development on six series with buyers ranging from HBO Max to Apple to Quibi.  Union recently wrapped production on season 2 of hit series L.A.’s Finest for Charter/Spectrum which premiere in 2019 and has been the # 1 viewed series on the Spectrum on-demand platform. Season 2 will premiere on Charter/Spectrum June 8th.