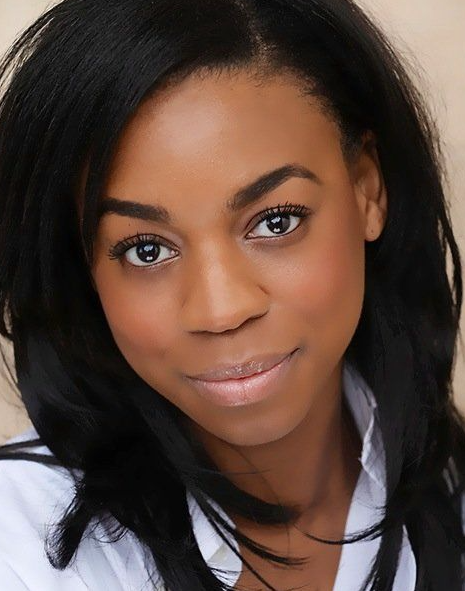 BGN spoke with Pippa Bennett-Warner via Zoom about the unexpected journey her character experiences.

What did you find to be most surprising about Shannon’s journey?

I think it was the twist in the final episode, which I found out quite late and I was actually quite pleased I found out quite late. I remember reading Episode 9, being like, oh my goodness me, this is so brilliant, the one person probably in the show that you wouldn’t expect to have to have this other side to, they’ve given it to Shannon. So as an actor to see that, I was like, oh my god that’s going to be so great, and I wonder where that’s going to take her in the second season. I don’t want to do a spoiler but it’s kind of epic and it was really exciting to play.

What parts of this narrative did you find to be the most challenging to play?

It was a mixture of things, I felt really responsible for the romantic parts, being that they’re the beating heart of the show. Shannon and Eliot need the audience to be on their side from the moment they meet and they have that connection. When you’ve got that romantic love interest, you’ve got the responsibility to make sure that whatever you’re cooking up with your scene partner reads and is believable. I knew that to get the payoff of them being separated at the end of the season, we need to really make sure the beginning of the season made sense and that our chemistry was readable. For me, that was the biggest challenge. But then you know, when you’re working with Sope, it becomes easy because he’s just glorious. We were both very aware that we needed to make sure that our chemistry was readable.

The chemistry between Shannon and Elliot was just fire. And having two dark-skinned Black characters loving each other on screen is truly revolutionary.

I think Shannon is in love. Do you think she’s in love?

Yes, I do, I do. It’s complicated once she finds out about his true identity. That’s what is so clever about what happens at the end of the season with her because actually, not everything is as it seems. We go into Season 2, which we are shooting now, which is amazing. Shannon’s journey already in those first few episodes is pretty fantastic. And, you know, I don’t wanna give anything away, but we see a different Shannon this season.

I’m sure she’s there. There’s a lot of risks that she’s facing in Season 2.

Yeah, yeah, I mean it’s like I kind of know where you’re going, Yeah, but I can’t wait to see where her arc takes her. I don’t want to say anything, I didn’t really want to give it away but it’s exciting.

I can’t wait to see it. What has been your favorite part of working with director Gareth Evans?

It’s just such an honor to work with him in the sense that he’s such a genius. I really loved how collaborative he was. We had a lot of prep ongoing throughout the season, and we’d all have the meetings and the producers and Gareth and do a page-by-page and go through themes. If I had any doubts or any questions about themes or fears we discussed everything in with an open forum. It’s a lovely thing when you go to work and you feel supported by the team and then by production. That doesn’t always happen on jobs.

Tell me the importance of community in this process.

We’re all really close as a cast. That’s been really nice. And then, when the show launched in England we had a massive meeting with about 300 people on Zoom. It was really nice because it was such a big job, you know, scale-wise. We had people from DIT and VFX and the actors, and then everybody who works on the series itself is such a community because there are so many people involved. Everybody wants the show to be good. Everybody’s on the same page.

American TV seems to be having a 21st-century Black Renaissance. Do you think that’s happening with Black actors in the UK now as well?

I think so. You’ll rarely go into jobs when you haven’t worked with somebody. It’s that kind of thing that we all know somebody that knows somebody who knows somebody who knows somebody who works with that person, you know, which is nice. There’s always kind of a point of reference. Even in Gangs of London, Lucien played my uncle in the first job I did when I left drama school and Paapa has played my brother twice. We already had that foundation of the family, which was super useful because you bypass those awkward introductions and the chemistry is already there, the foundations are already there. So we were super fortunate in that way.

Seeing my family again. Having not seen them for basically a year during this pandemic has been a big challenge. So being able to see them has been beautiful. I’m so grateful for family and to be working on this project. Really grateful.

Stream the entire season of Gangs of London on AMC+.

‘Gangs of London’: Blackness Is a Spectrum — Chatting with Lead Actor Ṣọpẹ́ Dìrísù