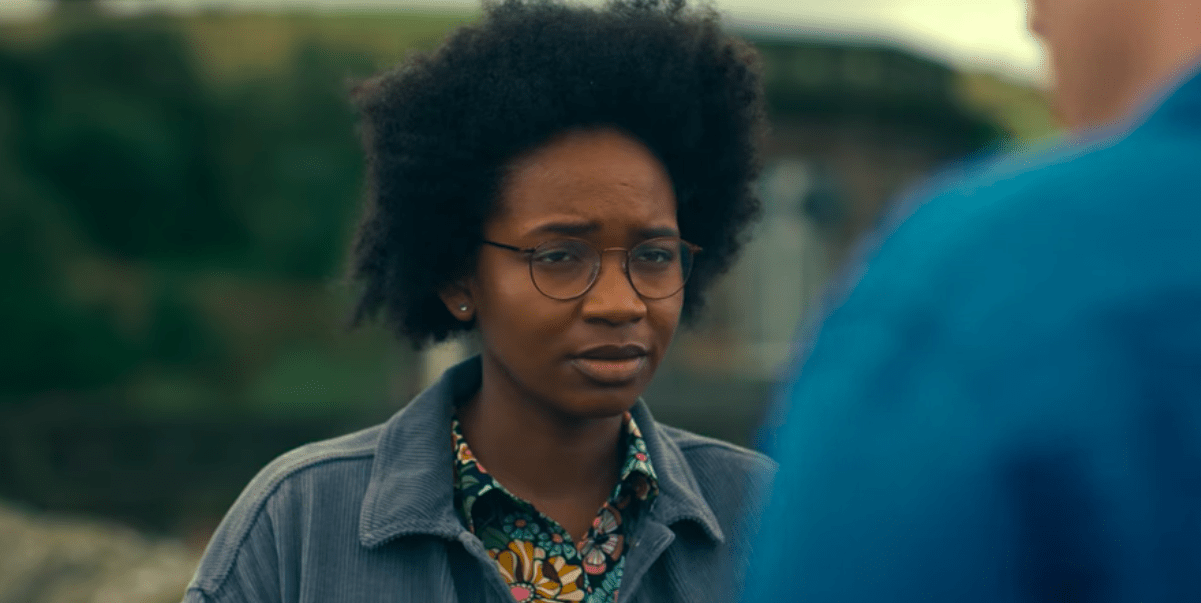 Logan spills the tea that Christopher was the mastermind behind most of the things. He’s in tears but he is claiming to be DGM to one of the real DGM members.

I can’t with the lies.

Margot gets him to turn around and take her home rather than running away. She makes plans with him before the play. In all the other episodes, we would see the texts that popped up on the burner phones but this time…nothing. Big reveal soon, I bet. Olivia opens up to her mom about how she doesn’t know who she is and how she is turning out to be. Mom gives her a sweet pep talk.

The highly suspicious Headmaster has a brief meeting with a mysterious person in a slick BMW with no witnesses. That car looks familiar. John reveals that he spoke to Shane the night before then professes his love for Bree. She doesn’t handle it well with the wall around her heart thing. Kitty is struggling with the possibility of losing her scholarship next year. The scenes for this episode are jumping around pretty quickly. I get the feeling that we won’t get a bit of a resolution on who the murderer is.

Margot meets with Logan, who can’t lie about being DGM or anything for that matter. Margot, calls him out for all of it and accuses him of murdering Ronny. Logan admits to the murders, claiming they were accidents and professes his love for Margot. When Margot doesn’t forgive him for being crazy, he doesn’t take it well. Margot runs and jumps into the river, Logan chases after her to only find a shoe.

Logan goes to the school to prepare for the play, but can’t hide his feelings. As he is on stage, falling apart, Margot makes an appearance in the front row. Flashback to the night before when Margot sent a text to DGM and gets Kitty back in to help. Kitty gets the girl’s hall passes to get out of their classes. Kitty, Olivia, and Bree are all there when Logan confesses to Margot about the murders, helping her get out. Kitty got the whole confession on video.

Back to the play, while Logan is failing on stage, the video of Logan’s confession is shown on the backboard. Cue a foot chase and Logan not getting caught. However, Margot gets a text from him and meets him. Logan claims that his family is a part of a secret society that is after DGM. That suspicious sleek BMW watches from afar. We’ve seen it before and I lowkey believe Logan’s crazy. Logan is arrested and the girls celebrate. DGM may be able to continue if they can get Kitty’s scholarship back. Looks like they have been upgraded from coworkers to friends.

I want to know more about this secret society that Logan’s family is a part of. It would explain Headmaster’s behavior towards the end of the season. The moment that Logan took off running, Headmaster’s lackey looked to him for the go-ahead before actually taking off after Logan too. I’m all down for mysteries and secret societies, so season two better bring it. While the show didn’t have topnotch acting, it did keep me on my toes. The premise of four young ladies from different backgrounds getting together to ensure that justice is served at their snooty school makes me smile. If the show doesn’t get a second season, at least there is a book series that I could read to satisfy the urge.

‘Get Even’ Episode 6 Recap: Get A Clue

‘Get Even’ Episode 5 Recap: Get What You Want

‘Get Even’ Episode 4 Recap: Get Over It