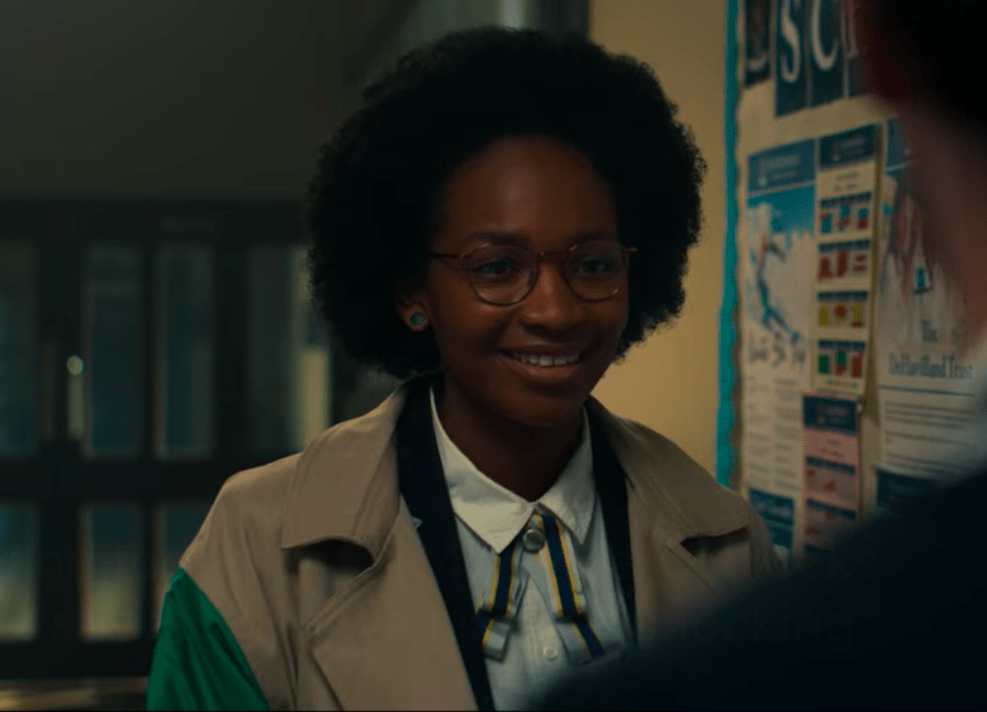 Amber is about appearances and status. She doesn’t appreciate that Donte left the party with another girl and urges Olivia to speak to Donte about their relationship. Donte assures Olivia that Kitty Wei is just a friend and that he likes Olivia for all the beyond the surface things. It’s cute. Bree attempts to attend P.E but instead skips it when her dad messages that his trip is taking longer. Must be lonely having an absent father and mother that is gone, but luckily, she has her best friend John to help with the pain. Olivia is the one who will acquire intel on the target, Ronny, considering she is a part of the same crowd as him. Gotta go undercover to save a girl.

At lunch, Mika attempts to tell Ronny off, but he really is disgusting. Her brother Rex keeps himself from getting into a fight with Ronny. Something is going on there; I’m just unsure what. The whole scene pushes Olivia to get into intel, but why is it that Amber seems to have enjoyed the scene Ronny made? Margot tries to have lunch with the debate club yet isn’t accepted by everyone. Naturally, she chooses a classroom to eat alone but is interrupted by two guys; one is having a meltdown and the other is comforting. She leaves the two to be alone in the room. Bree finds out that John is in a band with a guy she likes, Shane. She may have to choose between the two later on down the season, I bet.

Olivia makes plan with a very interested Ronny (he gives me the freaking creeps). It would seem that all of the DGM, Mika, and Ronny end up in a class together. Mika can’t handle Ronny’s taunting, so she leaves the class in tears. Margot is informed that she absolutely needs to choose an extracurricular. As she looks for a club, one of the guys who interrupted her lunch thanks her for not being a gossiper. Ed cuts in and urges Margot to join the debate club, but the cutie with the heart states the drama club is looking for a stage manager. Perfect role for Margot, even if Ed is upset with it all.

Olivia meets Ronny at the ice cream shop (I want to bash his smug, creepy face in). Kitty also happens to be at the shop, while on the phone with Margot and Bree. Margot hacks into the alarm system, allowing Bree to sneak into Ronny’s house. Ronny bores and creeps Olivia to death. He thinks it is a date and pushes for her to sit next to him. (I think that I’ve met guys like him in real life. I want to scream at the pure arrogance in this pig.) He talks to Olivia and takes a picture of him and her together. He states that he will share the picture with the whole school unless she does him a FaVoR. Olivia leaves disgusting Ronny; someone is at Ronny’s house, which prompts Bree to jump out of his bedroom window. Olivia finally meets Donte for her date. He breaks up with Olivia because Ronny sent the picture. She can’t explain why she was with Ronny and loses Donte. The DGM may have found their match.

While we may think that Olivia is a rich popular girl, we see that she lives modestly and her Gran is paying the fees to the school. I see what Amber meant by “keeping up appearances.” Margot informs her parents that she has joined the drama club and that seems to please them. Bree’s father is finally back in town but in no way actually present for her. Kitty happens on a crime scene involving Ronny. I’m talking cops, medics, and the yellow tape. A card is left near his hand stating “courtesy of DGM.” I don’t think that is what the girls had in mind.

I’m curious as to what other exposures the girls have done in the past to get DGM to be so notorious. I hope that one of the later episodes is all a flashback to when they began. Could be interesting. Let’s be honest, Ronny had it coming. I’m not sure of England’s laws when it comes to exposing sexting photos, but the boy should have been reprimanded for circulating those pictures. My bet is that Rex did it for his little sister Mika. If I had any of Rex’s privilege, I would’ve gotten into fights over that mess.